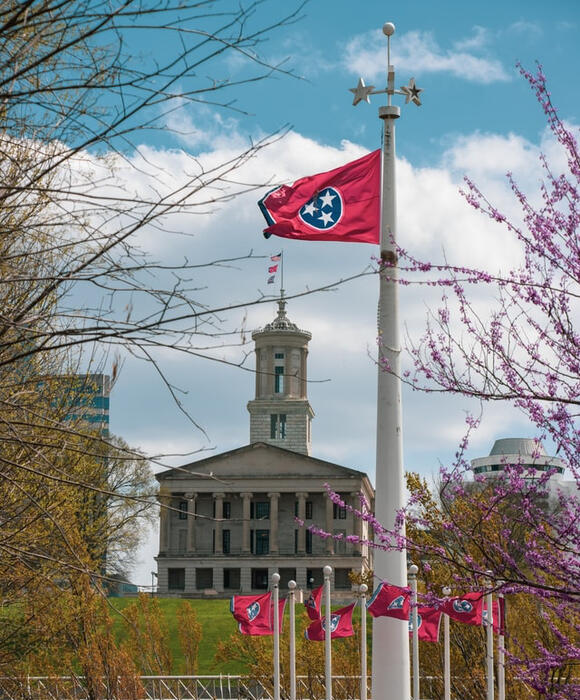 Tennesseans should know a few of the laws passed during 2021, as these will take their place in the Tennessee Code as enforceable laws on January 1st, 2022. This isn't an exhaustive list, but it involves all levels of government within the state.

Most of these facts come from the Tennessee Senate Republic Caucus - 2021 Final Report. Here are the highlights:

Public Chapter 77 is the “Teacher Discipline Act.” It establishes a process for teachers to remove problematic students who cause repeated disruptions. Once the disruptive student is disciplined, principals have the discretion to return them to the classroom or permanently remove them. The process allows teachers to appeal to the school’s director or local superintendent if they disagree with the decision. The law provides a path for directors to work with school officials in addressing issues affecting a disruptive student’s ability to learn.

Public Chapter 536 expands Dual Enrollment Grants–In order to help high school students earn college credits, this grant will pay for a maximum of four post-secondary courses in Tennessee community colleges or technical schools. It allows students to have a full-time semester completed once they graduate from high school.

Public Chapter 400 allows athletes at Tennessee colleges and universities to receive financial compensation for their name, image, and likeness. The law allows college athletes to sign contracts to advertise for local businesses and other companies. Other states have enacted similar laws, including Georgia, Alabama, Florida, Nebraska, New Jersey, Michigan, Mississippi, and Colorado.

Domestic violence groups sought this law because of the unique relationship between these groups and their clients, who are many times isolated from others. This training will tell barbers, hairstylists, and cosmetologists how to respond to signs of domestic violence, including the referral of resources. It does not hold them to civil or criminal liability.

Precious Cargo on board

Public Chapter 55, known as the "Precious Cargo Act," helps those who have difficulty expressing themselves, or exiting a vehicle when approached by law enforcement or first responders. The law directs an update to the Tennessee Vehicle Title and Registration System (VTRS) database to provide law enforcement information when running the affected person’s license plate.

Public Chapter 84 requires petitions to appoint conservators to include a search of the Department of Health's registry of those who have abused, neglected or misappropriated the property of vulnerable persons. It also requires a search of the National Sex Offender Registry. The move was to better enable judges to make informed decisions before awarding conservatorship to those caring for the elderly.

Public Chapter 331 allows the wine to be shipped directly to the consumer. The law establishes a license for wine fulfillment houses and keeps out-of-state vendors from violating Tennessee's existing state laws. Fulfillment house licensees may only provide services related to the shipment of wine into or within Tennessee and only for wineries or direct shippers licensed in the state.

The 112th Tennessee General Assembly also passed two resolutions that will go before voters during the 2022 general election as amendments to the state's constitution. These amendments must receive a majority vote during the governor's election to pass.

To further the state's resolve with a citizen's right to work, the assembly voted to make the right-to-work laws a part of the state's constitution. The proposed amendment says, “It is unlawful for any person, corporation, association, or this state or its political subdivisions to deny or attempt to deny employment to any person by the person’s membership in, affiliation with, resignation from, or refusal to join or affiliate with any labor union or employee organization.” You can read more here at Senate Joint Resolution2.

Temporary incapacitation of the governor

It's hard to believe it, but Tennessee is the only state that doesn't have such a provision in its constitution. For more information, you can see the bill here at Senate Joint Resolution 10.