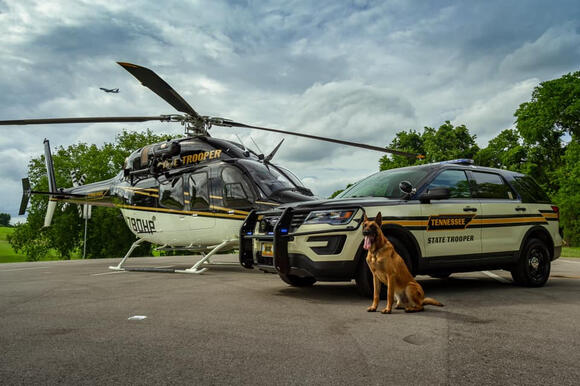 "We stand with our law enforcement, and we'll stand with you, too." - Bill Lee, Governor of Tennessee

Many public agencies and healthcare systems are getting significant pushback from personnel and unions who are steadfast opposed to the mandate of being vaccinated against COVID-19. This comes at a time when records show that COVID-19 is actually the leading cause of on-duty deaths for law enforcement officers in 2021 (ODMP.org).

To date, approximately 280 U.S. law enforcement officers have died from COVID-19, with the next closest category, Gunfire, has only claimed 55 deaths according to the Officer Down Memorial Page.

Many professionals say they'll quit if they are required to take the vaccine for work, though studies say very few actually quit when forced according NPR Morning addition. At present, the Tennessee Highway Patrol is not requiring its employees to take the vaccine.

Governor Lee isn't the first one to use the vaccine mandate as a recruitment tool. He's actually following suit from Florida Governor Ron DeSantis. DeSantis even told Fox News he was wanted to get legislation passed that would award $5,000 in bonus to any officer relocating to Florida.

The nursing and allied health shortage has received some attention lately, but not enough. During the pandemic many have chosen to leave the field or look for greener pastures as the stresses and demands have not been countered with reasonable pay.

The shortage has rolled over from the hospitals, where it is effecting Emergency Medical Services. Ambulance services, such as the Nashville Fire Department, Memphis Fire Department, and other 9-1-1 ambulance service providers are being held up at the emergency departments, unable to transfer care of patients to the hospital staff -because there isn't anywhere for them to go.

Memphis, Nashville, Knoxville, and other cities with large tertiary care centers have seen EMS agencies forced to offload patients into chairs, cots, and other locations within the emergency department when all of their ambulances have been tied up waiting at the hospitals. They do not take such actions lightly, and only do so when they have emergency calls holding, and no ambulances available to respond because they are being held at the hospital - waiting to offload.

Carter County EMS Director Terry Arnold said it's not an EMS issue, it's a hospital issue. They don't have the staff available to open beds for patients. EMT Nick Smith told me "It's a vicious circle. They don't have beds for us to transfer a patient to, so we are stuck with the patient in the ambulance or in the hallway in the emergency room - Meanwhile, they can't open a bed upstairs, because they are waiting on an ambulance to take a patient home, or to another facility, but can't open the bed because they can't get an ambulance to take them. It's because they are tied up waiting to offload downstairs in the ER."

"There has been a change in society," said former EMS Consultant Teddy Myracle. "People just don't have the volunteer and helping mindset that they used to have." Myracle's sentiment rings true with many EMS directors in the state. Not only are agencies struggling to find qualified people to work, they are having difficulties recruiting people into the field so they can send them to school to be qualified.

Over the past several years, the number of licensed EMS providers (EMT, AEMT, Paramedic) has been stagnant. There are no more people entering the EMS workforce than those who are choosing to retire or failing to renew their license. The problem is exacerbated by the number of licensed personnel who are maintaining their license but no longer working in the field. Many qualified and licensed EMS providers have moved into management, or have chosen to work in related fields without working on an ambulance or 9-1-1 response vehicle.

Fire Captain Dustin Housewright at Eastman Chemical Company in Kingsport says they are fully staffed. Housewright, a paramedic and manager for the EMS program within the Kingsport, Tennessee plant, says their EMTs, AEMTs and Paramedics are all required to maintain the same qualifications as their counterparts working the streets, answering 9-1-1 calls. Additionally, his personnel are trained in fire and hazardous materials with the extra duties they experience working at an industrial plant. Housewright says the hours are typically better than for traditional primary emergency services, and there is less frivolous responses. Eastman Fire Department has been the recipient of the Tennessee Star of Life Award on multiple occasions, for successful outcomes in what could have been deadly calls.

The nature of EMS and healthcare is changing, and many people do not understand the pay scale associated with the 9-1-1 responders. While many first responders are making a living wage in Tennessee, the hourly pay is not what it should be. While many people believe fast-food workers should be making $15 an hour, they do not realize many EMS workers who have a minimum of one year community college education beyond a high school diploma, are not making that pay. EMS wages are tied to tax subsidies and insurance reimbursement rates. At present, the Medicare and Medicaid/Tenncare reimbursement rates are not adequate to sustain equitable pay for the modern EMS workforce. At the moment, hospitals, nurses, and law enforcement are in the spotlight. Will EMS get the attention it deserves after they are no longer able to answer emergency calls, or when an elderly person can't get to a doctor's appointment because transportation is not available?