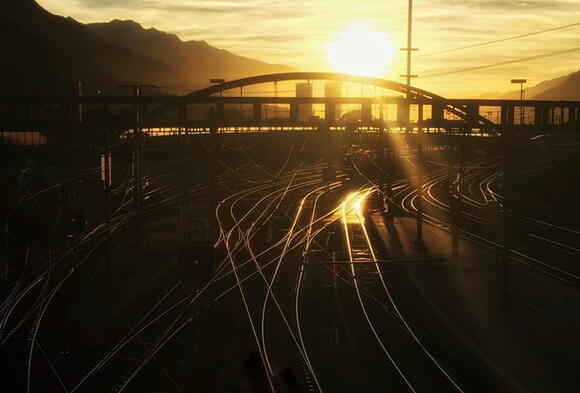 According to the Congressional Research Service, the law addresses provisions related to federal-aid for highway, transit, highway safety, motor carrier, research, hazardous materials, and rail programs of the U.S. Department of Transportation. Among its many provisions here are some highlights:

What is not common knowledge

There are a couple of things in the Infrastructure Investment and Jobs Act that you may not have heard about. These items are not widely touted or addressed in many town hall events. These provisions include:

The $1 trillion+ deal was passed with Tennessee Democrats Jim Cooper and Steven Cohen backing the bill in the House of Representatives. All of the Tennessee Republicans in the House and Senate opposed the bill, even though it's less than the initial $3.5 trillion proposal.

The state has a long list of projects TDOT (Tennessee Department of Transportation) could use help funding. A large federal influx from the infrastructure law would make a sizable dent in the projects. There are at least 960 initiatives identified in the 2017 IMPROVE Act of the state's Haslam administration. Governor Bill Haslam worked with lawmakers to fund the list by increasing the gasoline tax, and offsetting it by reducing the tax on groceries.

Should the funds pan out for the state, TDOT can expect to receive an additional $1.35 billion in federal highway aid over the next five years, according to TDOT officials. TDOT will rank the projects in priority.

TDOT Region 3 Communications Specialist, Rebecca Hammonds said TDOT will continue to work through the IMPROVE Act as a priority, and consider other needs as they become apparent.

When former U.S. President Barack Obama was asked about the bill, he said it will “Build out the first ever national network of charging stations, so families can travel across the US in electric vehicles, creating jobs manufacturing solar panels, and wind turbines, and batteries, and electric vehicles.”

TDOT expects around $6.5 billion to be made available for hard infrastructure improvements in the state. Deputy Commissioner and Chief Engineer Paul Degges says traditional highways, roads, and bridges will be addressed, but significant non-traditional transportation will also be addressed.

The agency expects to $302 million to be allocated for bridge replacement, an increase of $60 million annually. TDOT may compete for the $12.5 billion Bridge Investment Program for bridges will economic significance, and just under $16 billion in national funding allocated for major projects providing major economic benefit to communities.

Mass transportation is expected to receive a boost with $630 million allocated to improve public transportation across the state, and $300 million for airport infrastructure over five years. Tennessee has the opportunity to apply for a $2.5 billion grant to fund electric vehicle charging stations. $88 million is already dedicated to expansion of a state-wide electric vehicle charging network. The electric charging network program provides an addition $17.6 million per year above prior allocations.

“The real thing we’re going to be able to do with these dollars is kind of two-fold. In the urbanized areas of the state, it’s going to really solve the congestion issues. Our customers tell us, ‘look, we get it you have to do highway construction but do things that manage congestion." - Paul Degges, Deputy Commissioner, Tennessee Department of Transportation

Commissioner Degges says rural areas will not be left out of infrastructure improvement plans. The issues are different. Degges says the issue is providing access from rural areas to markets - allowing farmers to get their goods to the market. Degges believes it could be as little as a few weeks before funds could be made available to the state, now that President Biden has signed the bill into law. The funding from the infrastructure law is expected to provide a 20% increase from the last federal funding program.

President Biden states the law will help repair the nation’s crumbling roads and bridges along with expanding broadband access. The infrastructure package will invest hundreds of billions of dollars to fight climate change. EPA Administrator Michael Regan said “These are historic steps to put this country on the right track, we are dedicated to clean energy, to our nation’s grid, to our nation’s infrastructure.”