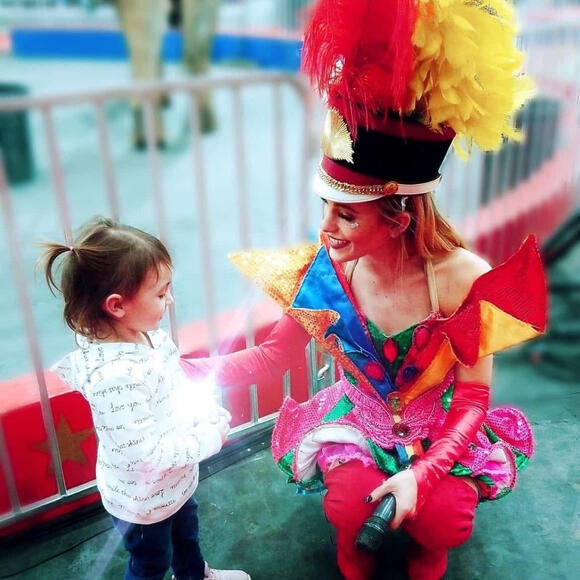 The hospitals specialize in different areas of pediatric conditions. These include orthopedics, burns, spinal cord injuries, cleft lip, and cleft palate. The Shriners hospitals provide care in a family-centered environment, until the age of majority (18-21).

The hospitals are owned and operated by Shriners International, based in Tampa, Florida. They were formerly known as the Ancient Arabic Order of the Nobles of the Mystic Shrine. The members are known as Shriners. The Shriners are a Freemasonry-related organization.

The Carden International Circus has been entertaining audiences for more than 50 years. Their shows often include acrobats, clowns, trapeze, and high-wire acts. The stars remain the animals.

In spite of many circuses reducing or removing animals from their shows, Carden International Circus continues to use Asian Elephants, tigers, camels, horses, and dogs in their shows. The Carden Circus states they are highly aware and supportive of the best animal care, with a zero tolerance policy for anyone abusing the animals.

The circus, like others, has been targeted by PETA (People for the Ethical Treatment of Animals), for continuing to use animals in their acts. They state the family has operated several circuses under variation of the Carden name by different family members. They state the animals are often treated roughly and forced to work with open wounds.

Shriners International, also known as "The Shriners" or more formally "the Ancient Arabic Order of the Nobles of the Mystic Shrine, is fraternal society. The Shriners are a sect of the Freemasons. The Masonic society was established in 1870, and is based in Tampa, Florida.

Their chapters are located in the United States, Canada, Brazil, Bolivia, Mexico, Panama, the Philippines, Europe, and Australia. They stand apart from other Freemasons with their trademark hats - the fezz. They're often embodied by other names in film and television, such as Mr. Cunningham at his lodge meetings on "Happy Days", and the Water Buffalos on "The Flintstones". All is good fun, as their works are recognized and appreciated by the masses. You may even recall a song that hit the music charts by Ray Stevens on the album "Shriners Convention".

Many families and children are looking forward to another turn with the circus coming to town, courtesy of the Jericho Shriners. Carden Circus says to plan on coming at least an hour early to the shows. It will be a chance to enjoy some of the pre-show activities - like face painting, elephant and camel rides, and more!

What Are the Options? Awesome New Year's Eve Parties in the Tri-Cities

The Tri-Cities area will have plenty of events to choose from to toast in the new year. 2021 has been a rollercoaster year. We can only hope that 2022 will be prosperous and fullfilling for the masses. Here are a few of the options for party-goers in the Tri-Cities area. The list is not exclusive, as there may be plenty more events that I am unaware of for now. Chime in with other parties in the comments, so we can all be aware of the options.

Opinion: Christmas Is Inclusive - If You make it that way

Inclusion in a diversified worldMiles Peacock/Unsplash. Christmas is a special time of year. It isn't just because of the spiritual celebration of Christians in recognizing the birth of Jesus, it is much more. It falls shortly after or in conjunction with Hannukah at times, as the religions are monotheistic and recognize the same God. That doesn't mean that Hannukah is the celebration of the Messiah's birth, it is the celebration of a miracle. We need miracles in our lives.