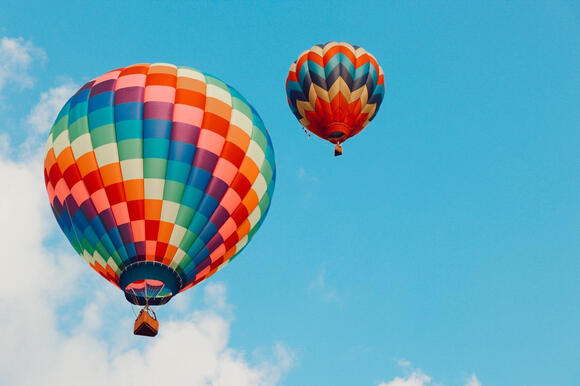 The skies were filled with colorful balloons this morning at Fun Fest in Kingsport, Tennessee. The Hot Air Balloon Ralley began at 7 a.m. and will return at 7 p.m. tonight. Breakfast with the balloons is a favorite past time with many locals. The serenity of a peaceful morning is augmented with the beautiful gentle floating of the colorful balloons over the Kingsport skies. This is a sight that most early risers enjoy - with only the occaisional blast of fire from the propane flames heating the air. 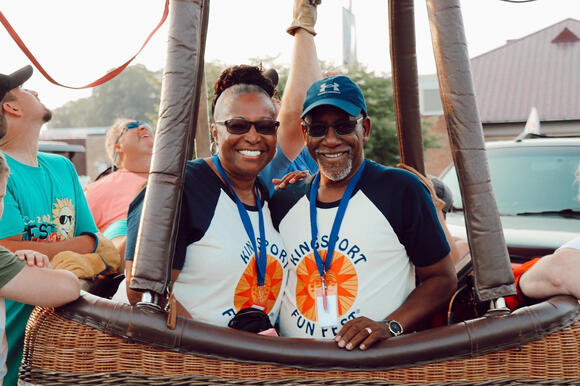 Friday evening crowds at Fun Fest were treated the Afternoon Glow as balloons and their pilots took to the skies. The event gives crowds a taste of the sights and sounds of the Balloon rally on Saturday from 8 a.m. - 12 p.m. with the jets providing some dramatic sound effects.

Tonight's crowds will be treated to the last night of "The Taste", and the various food trucks and restaurant booths with their awesome culinary delights. The Concert Series will finish with a bang as Darius Rucker winds up the show as the event's headliner.

Saturday's concert will also be accompanied by Jake Hoot - a local Tennesseean and winner of "The Voice" on season seventeen. The Sunset Concert Series at Fun Fest will conclude after Rucker's show with a send off and celebration of the grand event with the Eastman Fireworks Spectacular.

With the festival not even over yet, both organizers and attendees are giving kudos for the good work put forth. Citizens and visitors were obviously ready for the return of the festival - and organizers did not disappoint.

According to the Kingsport Fun Fest website (funfest.net), the festival Fun Fest was created as an effort to unite Kingsport residents, to help foster a belief that Kingsport is a caring community that is a good place to live and to work, and to provide numerous opportunities for people to congregate and become acquainted while appealing to their interests in culture, athletics, etc..

Now in its 40th year, the festival continues to bring citizens together. It fosters a sense of community unique among the Tri-Cities. Each of the tri-cities and surrounding towns are known for their signature events which draw large crowds. Kingsport, as a model city - developed with adherance to a long-range plan and modeling, has continued to grow and maintain. In doing so, the signature festival of the city has sustained crowds annually which appear to see no hint of waning in recent year.

COVID-19 through planners and organizers in the city a curve ball, and caused the festival to cancel. Organizers of the event and the volunteer staffers hunkered down and came through with a fastastic festival for 2021.

If you haven't made it out this year, you should hurry and get involved so you too can be part of the event. Life's too short to not have fun.