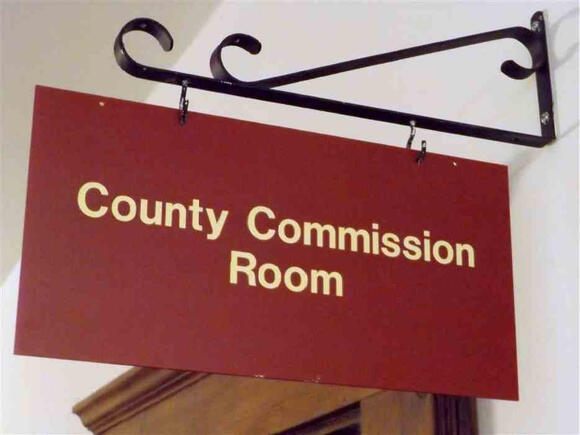 Raises within the budget

Property owners in Sullivan County will see an increase in property tax rates. The initial increase was speculated to be as high as 15 percent. The amount is less than last year's vote to increase the rate by 12 cents.

The issue is offset by reappraisal of personal property by the Property Assessor's Office. Property values have increased significantly since the last assessment. This means a lower rate will actually bring in more funds than intitial rates without being grossly out of step. Commissioners voted 16-5-1 Thursday night at the commissioners meeting to raise the property tax rate by 9 cents per $100 of taxable value.

Other raises come in the form of salary rates. Sullivan County Commissioners voted to give county employees a five percent pay raise, and four percent for Sullivan County teachers.

The increased tax revenue will be used to offset the debt service on the Sullivan County Jail expansion. A structure that has been overcrowded for years and has faced decertification challenges and lawsuits related to overcrowding and deteriorating conditions within the facility. The current facility is nearly forty years old.

"The County Commission in September of last year voted with a majority to raise taxes 12 cents to fund an $80 million dollar bond. We were able to pull that down to 9 cents, which on a $200,000 home that’s about $45 more a year." - Mark A. Vance, Sullivan County Commissioner, Bristol, TN.

The $207 Million budget includes a once contintious $8.8 million designated as one-time expenses by the Sullivan County Department of Education. The School Board Chairman told commissioners at their meeting last week, he would have information on those items to them before tonight's meeting. These designated funds are for improvements to existing schools. The Sullivan County Deparment of Education is in the process of consolidating some schools within the county, and making improvements to facilities continuing to operate.

In an interview with WJHL-TV 11, Katie McGee, a teacher in the school system said "During my tenure with Sullivan County, the teachers in our district have not received a significant pay increase. During my time in Sullivan County, I've also seen many talented and wonderful educators leave our school district to receive higher pay in neighboring districts."

The Director of Schools and the County Commissioners believe the pay raise will give the school system the boost it needs to make it more competitive in the educator job market.

Spirited Halloween Decor on the Blue Circle's PatioJohn Dabbs/Photographer. Taking over the ownership of the Blue Circle restaurant in September of 2019 was a real undertaking for Debbie and Mark Sourbeer. At the time the restaurant had fell into disrepair and the previous owners had frustrations about unexpected expenses. The problem with the Blue Circle is it's iconic status in Bristol, Tennessee. It's also why the couple bought it.

Drawing New Lines - How the 2020 Census Will Affect Tennessee