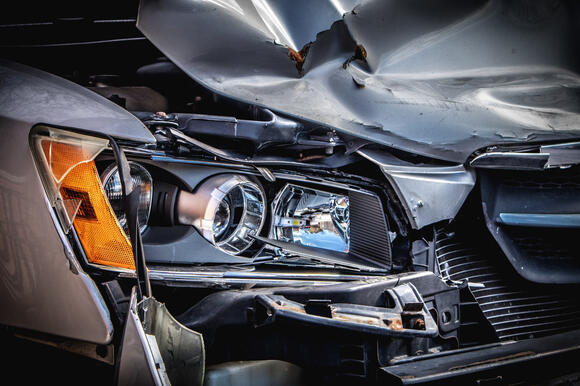 The past few days have seen a severe uptick in the number of serious traffic crashes across the Tri-Cities area. Emergency services personnel report drivers driving crazy and erratic. They are unsure of the root cause. A few EMTs and paramedics speculate the end of COVID unemployment supplements could be a contributing factor.

A driver reportedly attempted to evade police crashed, causing a crash on State of Franklin Road at Browns Mill Road on Monday. The crash left three people injured and one dead.

The Tennessee Highway Patrol (THP) say Unicoi County deputies were in pursuit of a Jeep Wrangler Monday near 3 pm. The chase continued on Interstate 26 into Johnson City. Danny Whitson of Erwin, exited I-26 at State of Franklin. He continued toward Browns Mill Road, where he struck another vehicle.

Whitson’s passenger, Carolyn McMurray, of Jonesborough was ejected from the vehicle on impact. The Jeep Wrangler struck two additional cars, and McMurray landed on one of them. Unicoi County deputy sheriffs were able to catch Whitson, who ran from the wreck scene.

Carolyn McMurray was transported to Johnson City Medical Center, where she was pronounced dead.

The highway patrol reported neither McMurray or Whitson appeared to be wearing their seat belts. The trooper investigating the crash did not believe it would have made a difference in the outcome. The trooper requested routine alcohol and drug testing on Whitson, though the initial crash report indicates Whitson hadn't been drinking.

Whitson remained hospitalized Tuesday afternoon. At present, no charges have been filed.

Johnson City Police (JCPD) responded to a call for an erratic tractor-trailer driver Monday around noon. JCPD officers located the vehicle on Interstate-26 near Carroll Creek Road, heading toward Kingsport.

The driver of the tractor-trailer did not pull over for police, as they continued to follow the vehicle. The driver lost control and the vehicle overturned in the median near the Rock Springs Road exit in Sullivan County.

Kingsport police are investigating the crash. JCPD has arrested the driver, Joel William Finch, of West Virginia, for DUI in a commercial vehicle.

Road construction projects and paving projects on I-26 an I-81 are causing some traffic delays in the area. The main culprit to traffic flow is not construction, but accidents. A few fender benders and single-vehicle accidents are the result of pot-holes or other road issues - but not many.

Too much celebration and driving under the influence are believed to cause much of the serious accidents lately. Too many are seen celebrating in the reopened communities, where they had been self-isolating for way too long.

As many residents get out and about after being out of work, working from home, or homeschooling their children - many in our communities are in serious need of unwinding. While many are finding their ways to destinations where they can vacation in suitable surroundings, there are those who can't.

A large percentage of those within the Northeast Tennessee and Southwest Virginia area are without means to get away and enjoy a proper vacation, and some would identify it. Many locals are enjoying a "staycation", camping or enjoying themselves at local lakes and parks.

The thing about our area is the inherant beauty that lies all around the mountains. Tourism abounds during this time of year, and many businesses are raking in the dough - finally - after a long dry spell.

With COVID-relief supplemental unemployment benefits coming to an end next month in Tennessee, many residents previously on unemployment are looking for jobs. The higher end restaurants are seeing servers and cooks returning to work. During a recent outing to Johnson City's Texas Roadhouse for a Father's Day dinner, we found the establishment packed, with people waiting and a full-staff apparently working the floor.

The food was good and the service just excellent. It may be that we are getting back to normal... and the abundance of traffic accidents are an ancillary part of this - until everyone gets used to driving again.