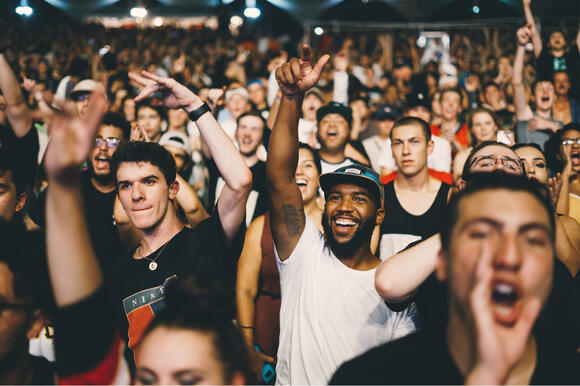 There was partying all over the Tri-Cities area on Juneteenth. Some were celebrating the holiday, while others were simply celebrating summer, life, and getting out. Bristol, Tennessee & Virginia were no exception.

A gathering of around 100 people celebrated the holiday at Cumberland Square Park in Bristol, Virginia. The Future Black Leaders Coalition sponsored the event.

The event involved speakers and music. Many of the speakers talked about racism and racial disparity. They spoke of police persecution and how the George Floyd case brought many issues to light.

City leaders gave a nod to the event, showing up and offering their support. Leaders listened to the speakers and talked with participants to learn about their concerns. They hope to use this information to provide better services and lessen any disparities through understanding.

Adam Dickson of the Langston Centre in Johnson City, Tennessee, said the designation as a federal holiday is a good sign. He believes it makes the event (Juneteenth) an inclusive holiday, spurring more discussion and conversations on the subject.

The Tri-Cities Juneteenth celebration was on June 19th, 2021, from 12 to 9 pm at Memorial Gardens Park in Kingsport. They held a concert throughout the day, with all minority musicians. Kids' activities, food trucks and other vendors were also on hand.

More people are familiar (locally) with the August 8th act of emancipation in Tennessee. The actual emancipation proclamation freed the slaves. June 19th was the day Union Soldiers rode into Texas and informed the slaves President Abraham Lincoln freed them two months prior.

Juneteenth, is now formally known as "Juneteenth National Indepenedence Day", but also known as Black Independence Day, Jubilee Day, and Emancipation Day (in Texas). The day was officially made a federal holiday earlier this week.

The holiday commemorates the emancipation of enslaved people of African decent in the United States. It is also used to celebrate African-American culture. The holiday originated in Galveston, Texas - and various parts of the United States since 1866.

The day was recognized as a federal holiday on June 17th of this year when President Biden signed the Juneteenth National Independence Day Act into law. The holiday is on the anniversary date of the June 19, 1985 announcement of General Order Number 3, by Union Army General, Gordon Granger, proclaiming and enforcing freedom of enslaved people in Texas - the last state of the confideracy with institutional slavery.

President Abraham Lincoln's Emancipation Proclamation of 1862 had officially outlawed slavery in all states. The proclamation was given the force of law when the U.S. Congress ratified the Thirteenth Amendment to the consitution, abolishing chattel slavery nationally on December 6, 1865.

It is the first federal holiday since Dr. Martin Luther King, Jr day - in 1983

The holiday is a celebration of triumph and justice in American History. It is not just about minorities or those of African decent being freed. That is a narrow view that misses much of the nuance.

The Harley Davidson motorcycle shop in Johnson City on the Bristol Highway held a celebration event to advertise their change in ownership. Wrecking Crew Harley Davidson held an opening even with food trucks. The event pulled in several hundred Harley Davidson enthusiast from across the region, including most all of the motorcycle clubs.

Bays Mountain Park had a Jeep festival with lots of Jeep enthusiasts and vendors on hand. Food trucks and other groups were on hand with their fellow outdoor enthusiasts. It was a big draw and the peaceful nature preserve was packed with nature lovers.

It was a great day yesterday for festivals, and days of celebration around the tri-cities.