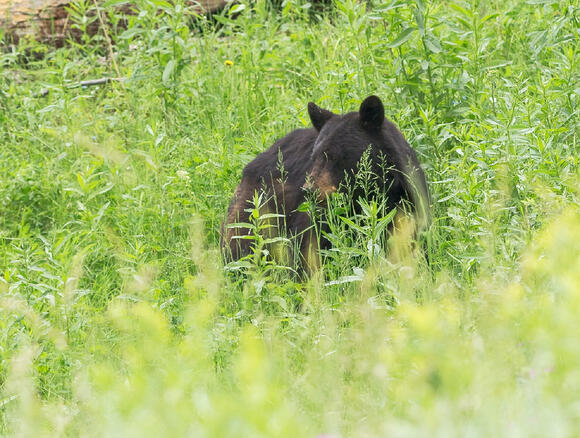 A section of the Appalachian Trail in Northeast Tennessee has been closed to camping due to bear activity. Other sections have been closed near the Great Smoky Mountains National Park.

Be mindful of bear activity

Heightened bear activity exists this spring in the Cherokee and Pisgah National Forests. The U.S. Forest Service has closed the Appalachian Trail to overnight camping in the area between Double Springs Shelter and the Backbone Rock side trail. The shelter at McQueen's Knob and Abingdon Gap are also closed for hiker safety. These areas are frequent layover destinations for hikers in the area just outside of Bristol, Tennessee/Virginia and Elizabethton.

The forest service is asking hikers to just keep moving through the area until they can bunk down on solid quarters. Hiking through the area is still allowed. The Forest Service closures are their response to aggressive bear activity. They have received multiple notifications and seen evidence of bears entering campsites and taking food.

It's unlawful to possess bear attractant or leave food for bears in the Cherokee National Forest. It is also illegal to leave trash unless it is stored properly. There is a reason the U.S. Forest Service pays extra for the fancy bear-proof trash cans.

Black bears are normally afraid of humans. That boundary is broken when people leave food around. Bears learn to associate the smell of people with rewards of food. Such activity causes bears to become a threat to people.

A bear in the Great Smoky Mountains National Park had to be captured and relocated this spring. It had become interested in peanut butter left by a hiker and started looking to other hikers for more.

The increased aggressiveness in the Smokies has led to closure of the Cosby and Spence Field shelters, as well as warnings for the Russell Field and Deep Gap shelters.

The increased activity has also caused some entertainment caught on security cameras. A group of small bears had a pool party at one Gatlinburg area cabin's pool and another group enjoyed hot tub at a cabin a few miles away.

Mountaineering Instructor J.R. Godfrey of Bluff City, Tennessee reminds us that while black bears look and act similar to big black dogs with thick legs, they are anything but man's best friend. Godfrey reminds us these animals can run faster than people for longer distances. They can climb trees better than we can, and have long claws made for pulling trees apart to forage. Black bears are cute and look cuddly, but can easily maul even a large man to death.

His best advice is to admire them from a distance, and not cook or eat where you sleep. Also be very mindful of where you store your food, and how its stored. People will often think enough to store their food in their cars instead of in their tends or in backpacks near them as they sleep. They don't think about bears smelling the food. A bear can do some serious damage to vehicles trying to get in to your car so they can eat.

The U.S. Forest Service recommends visitors in the forest follow these procedures to reduce their chances of an unwelcomed close-encounter with a bear.

The A.T. is here for your enjoyment, just use a bit of common sense and know how to prevent bear incidents that aren't captured by you with a telephoto lens.