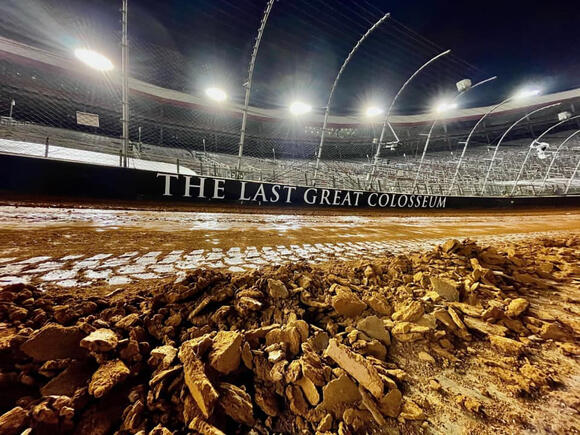 Chaos At The Colosseum - presented by Food City, Coca-Cola, and BODYARMOR, will be accompanied by Dude Perfect. The event takes place on Friday, June 18th, 2021. Tickets are on sale now at the Bristol Motor Speedway's website.

Dude Perfect has more subscribers than any other YouTube sports channel. At 56 million subscribers, and over 13 billion views, the YouTube channel is one of the top 20 channels in the platform's lineup.

The Dude Perfect group includes the twins Cory and Coby Cotton, Garret Hilbet, Cody Jones, and Tyler Toney. They came together when they were roommates at Texas A&M. They tour the country making people laugh with antics.

The Dude Perfect team is famous for a variety of stunts, trick shots and “battle” challenges where they compete against one another in unique contests. The team will get to check BMS off their bucket list.

“We are thrilled to announce that Dude Perfect is bringing its fun, family-oriented brand of entertainment to Bristol Motor Speedway with Chaos at the Colosseum, with sponsorship from our friends at Food City, Coca-Cola and BODYARMOR. We can’t think of a better way to kick off the Father’s Day weekend than by enjoying Dude Perfect’s awesome personalities and hijinks with a motorsports twist.” - Jerry Caldwell, executive vice president and general manager, Bristol Motor Speedway.

Dude Perfect will check another item off their lifetime “Bucket List”, having some fun through these creative motorized competitions and crazy escapades. The group is scheduled to perform on the speedway’s infield and backstretch. Officials left a portion of the dirt used for several recent events, including the NASCAR Cup Series. It was the first time the Cup Series had been run on a dirt surfact in 50 Year. The last time (before) was at the Charlotte Fairgrounds, where Richard Petty won.

In Chaos at the Colosseum, the show will feature a variety of high-performance vehicles, including Monster Trucks, Drift Cars, Freestyle Motocross Bikes, ATVs, Demolition Derby Cars and even the motorized Food City Shopping Cart. Sterl the Pearl (official DJ for the University of Tennessee’s football team), will play the crowd with his unique brand of energy at the event.

Fans who enjoy outdoor illumination won't be disappointed. The event will host plenty of fireworks and pyro lighting in the night sky throughout the event.

“We saw this as a cool opportunity to perform in one of the most revered stadiums in the sports world,” “When they told us that the dirt would still be on the track during our event, our minds started racing with what all we could do. We are PUMPED and we hope everyone can join us at Bristol Motor Speedway for Chaos at the Colosseum. It’s going to be epic!” - Tyler Tony, Dude Perfect's The Beard.

Spectator gates will open at 5 p.m. and the show starts at 6 p.m. Tickets start at $35 for adults and $20 for kids. They went on sale last Friday (May 14th) at the Bristol Motor Speedway's website.

Are You Prepared for Changing Times? Beware of the Darkness

We welcome the end of daylight saving time (most of us) more than when it starts. When Daylight Saving Time ends in the fall, we set out clocks back (for those of us who aren't dependent upon self-adjusting time pieces), and enjoy our bonus hour of sleep. Change in our sleep schedule (patterns) are always difficult - whether they are due to shift work, or other means. For other people, it's the beginning of season depression - Seasonal Affective Disorder (SAD).

What are you doing for Halloween? That is becoming the question everyone is asking their friends. It's as if nobody is sure what they are supposed to be doing for the holiday. Has it been that long?

Are Tennesseans Hunting for Meat? Experts Warning More Shortages Are Due to Supply Chain Crisis

Elk in Rocky Mountain National ParkJohn Dabbs/Photographer. Our economy has changed. Just-in-time supply chain management is a victim of next-day deliveries becoming day-after-next delivery. Car parts and other items to repair machinery and appliances are taking more than a day - sometimes weeks, just to receive parts. You may have new home improvements scheduled with your next round of down-time, or plan to hire it done with your latest round of pigeon-holed stimulus funds - if you can find a contractor.