Thunder Returns to the Valley 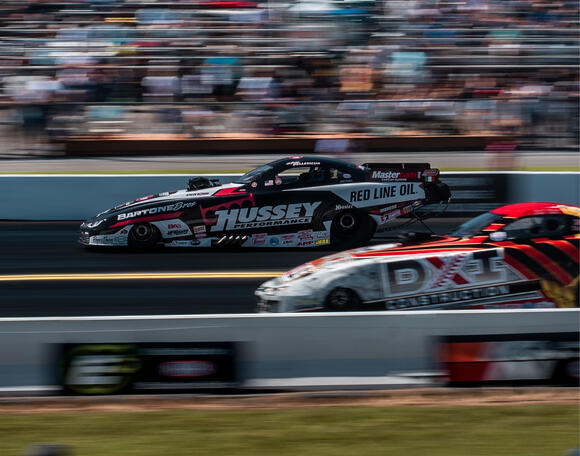 The NHRA Thunder Valley Nationals are on the 2021 NHRA schedule for October 15, 16 and 17, 2021. Bristol Dragway and NHRA officials announced the event this week. The NHRA celebrates it 20th anniversary at Bristol's Thunder Valley this year. The weekend at Northeast Tennessee's premier drag strip is the site of NHRAs playoff race for the Camping World Drag Racing Series Countdown to the Championship.

The event's hiatus from Bristol left too much quiet in the previously thundering valley. The NHRA Camping World Drag Racing Series has been here since June 2019, as they canceled events because ofthe pandemic. Speedway Motorsports welcomes the return to the iconic track.

“We can’t wait to hear the roar of nitro-powered engines rumbling once again at historic Bristol Dragway as we welcome fans back to an NHRA Camping World Drag Racing Series event and celebrate our 20th anniversary of NHRA racing at Thunder Valley,” “We anticipate a lot of championship drama in the top classes taking place during the NHRA Thunder Valley Nationals as one of the final three races on the 2021 schedule.”- Jerry Caldwell, executive vice president and general manager, Bristol Dragway.

Big boys are coming back. Motorcycle competiion will make their inaugural entrance for points at Bristol. You see the favorite categories here this fall:

The lineup couldn't be better for the ground quaking experience.

“We couldn’t be happier to bring Bristol back on board for the 2021 season. The NHRA Thunder Valley Nationals is a staple on the NHRA circuit. The fall date will give us the opportunity to allow more loyal NHRA fans into the facility. To have the event as a Countdown race is an added bonus for both NHRA fans and competitors.” - Glen Cromwell, NHRA President.

With times near the 6.45 seconds range and speeds of 215 miles-an-hour, the Pro Stock category (factory hotrods) is always a fan-favorite. Greg Anderson and Erica Enders each have two wins at Thunder Valley. They'll be looking for their third win. This would put them within a single win of Mike Edwards. Edwards is on the Bristol all-time wins list.

Pro Stock Motorcycles have not raced at Bristol for championship points. They've raced here twice for exhibition events. Matt Hines won Bristol exhibition events in the two-wheel class in 1999 and 2000. This will be their first time running for points at Bristol Dragway. The gasoline-burning PSMs can reach speeds greater than 200 mph.

The only cyclist to race bikes before at Bristol are three-time world champion Angelle Sampey, and fellow competitor Steve Johnson. Defending champion Matt Smith, and points leader Ryan Oehler, will be the other two motorcycle riders to watch at Bristol.

The unpredictable Pro Mod series is in the lineup, and the Mountain Motor Pro Stock class. Pro Mods, known for their mix of vehicles and wide-ranging engine options, present challenges to drivers as they face off against each other.

Ted Jones, a legend at Thunder Valley, formed the concept for the Mountain Motor Pro Stock Class in the 1980s at Bristol. It features sedans with 800 CID engines, carbs, and hood-scoops that put out around 2,000 horsepower.

"Thunder Valley" is located in Bristol, Tennessee off of state highway 394, just outside of Bluff City. The drag strip is located on Bristol Motor Speedway campus. Bristol Dragway celebrates its 55th anniversary in 2021. There are numberous events scheduled events at the dragway this year, including:

The Bristol Dragway is one of the busiest drag racing facilities in the nation. Check their website or for more information or tickets.