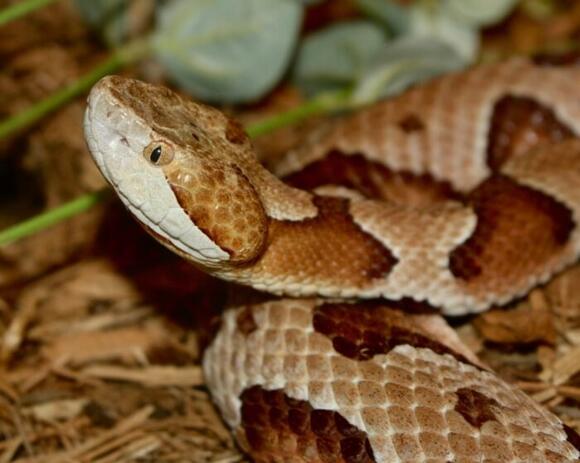 (Photo by Pauline Rosenberg on Flickr.com)

Tennessee is a beautiful state. The wildlife here can be dangerous. Be careful in the high grass and bushes this spring and summer. Snakes are beginning to stir with the warm temperatures and beautiful days. Beware of the copperheads.

In search of cicadas

They will be on the prowl, seeking out a feast. Cicadas will out in numbers this year. The big ones.
Cicadas emerge every 13-17 years. One of the largest and widespread cicadas, Brood X, will come out in May of 2021. With their emergence, we will hear their noise.

The central, eastern, and southern states will encounter their numbers. Brood X is different from regular "annual cicadas." Annual cicadas have a green color. The periodical cicadas have a black body, clear wings, and red eyes. They breathe through ten pairs of spiracles and have short, bristly antennas. Their bodies are one-to-two inches long with a three to four inch wingspan.

(Photo by Jaydro at Flickr.com)

Brood X are in northern Georgia to New York. They live west into the Mississippi River and midwestern states. You will know when they are here. About 1.5 million cicadas per acre are often found. The concentration gives them a population of trillions.

Depending on weather, Brood X emerge in late April and early May. Ground temperatures determine their emergence. They emerge over a two-week period, when soil temperatures reach 65 degrees (F). (Dr. Kritsky, Mount St. Joseph University entomologist - Cincinnati) Cicadas finish mating sooner when the weather is consistently warm and dry. Though this shortens the season, their lifespan is four-six weeks. They normally begin to die off on late June.

The plaque of locustsFar from a plague of locusts, cicadas are a different species. Locusts are in the grasshopper family and are very destructive. Locusts feed on many types of plants and often travel in swarms - destroying crops.

Cicadas do swarm, and may damage a young tree when laying their eggs. Larger trees can withstand their pressure. They do not bite or sting, though their prickly feet can be uncomfortable on your skin if you try to hold them.

Their long life cycle is the longest of insects. Periodical cicadas live underground as wingless nymphs. They dwell between one and two feet underground, living off tree root sap.

Mature cicadas emerge and do their mating dances and courtship. While they fly around and make a nuisance of themselves, they make a lot of noise. They are also devoured by many predators... including copperheads.

Cicadas provide a tasty snack to the copperhead. We recommend keeping your distance from snakes of all kind, until you can identify them. There are only a few varieties of poisonous snakes in Tennessee.

Copperheads are reddish-brown in color. They have a triangular head that is larger than its neck. They are venomous, though usually not aggressive. It's still best to keep your distance. You'll likely see more of them this year, and cicadas a real treat for them. The larger species are even more of a meal for them.

You'll often find copperheads near water. Watch where you step in and around water. While rattlesnakes appear more nasty and get more press, you'll find more copperheads. They are poisonous, yet often confused with common corn snakes and water snakes.When in doubt, keep your distance. It could be the deadly Copperheaded-Rattlemoccaison! - if there was such an animal.

Remember snakes are here on this earth for a reason. They keep us from being overrun with rodents, spiders, and insects. They also allow us to check our reflexes and speed at times. It's best to leave them alone, unless they are in your home or a danger to your family, pets, or livestock.

We all have a purpose.

Would you toss your cookies for a fruit cake?

Sugar cookies are the top desssert for Christmas in the USA. Fruitcakes, not so much. Is it time for fruitcake to die? I think not. While it's waning popularity comes from the litany of bad jokes and euphamisms about the desert, some of it is well deserved. The colorful holiday treat most of us are familiar with, is identified as Christmas Tree colored fruit-laiden brick. Some people would say it is more useful as a door stop or paperweight than as an edible dessert.

Officials at the Raytheon plant of Bristol, Tennessee, were called to investigate a fluorescent green discharge apparently emanating from the Bristol plant. Whitetop Creek, flowing through the plant operating in conjunction with the U.S. Naval Sea Systems Command, had turned fluorescent green at one point during the summer of 1982. Plant and government officials investigated the discharge after receiving multiple complaints downstream of the plant.