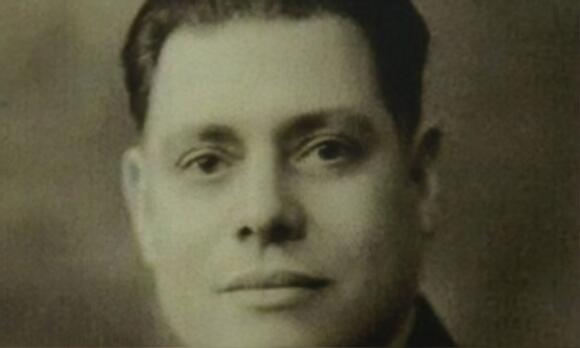 Everyone knows the story of Oskar Schindler, the German industrialist credited with saving the lives of over a thousand Jews during the Holocaust; but very few have heard of Colonel José Castellanos Contreras, the Salvadoran international diplomat who helped save up to 40,000 Central European Jews during the same period.

From decorated colonel to international diplomat

In 1937, Castellanos Contreras was appointed to serve as Consul General in Europe. This maneuver, devised by then-Acting President and military dictator Maximiliano Hernández Martínez, was meant to keep Castellanos away from El Salvador, where he was regarded as a dangerous political rival.

Castellanos served first in Liverpool and then in Hamburg in 1938. With the break of World War II, the diplomatic relations between El Salvador and Germany were severed, leading to the inevitable closure of the Salvadoran Embassy in Berlin. Later in the same year, Castellanos witnessed firsthand the events of Kristallnacht (the “Night Of Broken Glass”), the destruction of Jewish-owned businesses, homes, schools, and synagogues at the hands of Nazi Germans.

This event prompted Castellanos to write to El Salvador’s Ministry of Foreign Affairs, asking for permission to grant visas to Jews who wished to flee Europe. His request was denied, and he was instead transferred to Zurich, neutral Switzerland, and issued a passport that would allow him to travel freely all over Europe. Once in Zurich, Castellanos Contreras requested to be moved again, this time to Geneva, where he served for the third time as Consul General from 1941 to 1945.

From international diplomat to family savior

It was in Geneva that José Castellanos Contreras reunited with György Mandl, a Jewish businessman he had previously met in Bucharest, Romania. Mandl, having escaped fascism in his home country was now looking for shelter in Switzerland. Aware of the extreme danger Mandl and his family were in, Castellanos made a second appeal to El Salvador’s Ministry of Foreign Affairs for permission to grant visas to Jewish refugees. Again, his petition was turned down.

Wishing to protect his friend, Castellanos issued a series of documents that falsely conferred Salvadoran nationality to Mandl and his family, changing their last name to Mantello. To ensure the success of this scheme, Castellanos consulted Dr. José Gustavo Guerrero, a respected jurist and diplomat who was also living in Geneva at the time, to help him with the professional write-up of said papers. Castellanos also went the extra mile and appointed Mandl as First Secretary to the Consul, an ad-hoc position he had to create as an additional safety measure against possible Nazi inquiries.

Fortunately, the plan worked. The new identity documents were convincing enough to trick the Gestapo into believing Mandl and his family were legal Salvadoran citizens. The effectiveness of this operation can also be attributed to German soldiers being largely unfamiliar with El Salvador and the average physical appearance of its inhabitants. Had the plan failed, the Mandl family and Castellanos himself would have been sent to the Auschwitz concentration camp complex in Poland.

Content with the success of their strategy, Castellanos and Mandl devised a master plan in a humanitarian attempt to help other Jews. Essentially, they would carry out the same procedure that had saved Mandl and his family, only this time on a greater scale.

Using his personal resources, Castellanos financed the employment of several Swiss typists so they could start the production of Salvadoran documents to be sent to Jews all over Nazi-occupied Europe. Starting as a small-scale issuing of Salvadoran visas, the plan quickly grew into the massive distribution of nationality certificates. In an effort to save as many Jews as possible, Castellanos charged very little to nothing for the production of these otherwise pricey documents.

Besides conferring Salvadoran citizenship, the certificates granted their Jewish beneficiaries the right to be protected by the International Red Cross and subsequently by the Swiss Consul in Budapest. The Nazis, who were particularly legalistic, exempted the bearers of these documents from anti-Jewish policies. The whole operation thwarted the arrest of thousands of Central European Jews and their transfer to concentration camps.

From 1942 to 1944, over 13,000 Salvadoran nationality certificates were issued and then distributed with the help of Ysroel Chaim Eis and jurist Matthiew Müller — both Jewish and residing in Switzerland at the time — through courier services used by Jewish organizations to communicate with the rest of European countries. The papers, which legally covered up entire families, helped to save up to 40,000 Jews from Nazi extermination.

Following the end of the war, Colonel José Castellanos Contreras was transferred back to London, where he resided for a while before his retirement. Then, he had to take refuge in Mexico, as his democratic views and his advocacy for women’s rights were in stark opposition to the totalitarian political regime still in force in El Salvador. He could only return to his home country after the death of dictator Hernandez Martínez. There he spent the rest of his days, choosing to keep a low profile and living a quiet life.

In the seventies, he was tracked down by writer Leon Uris, a quest that led to the only-known radio interview ever given by Castellanos in which he humbly stated “[he] did what anyone else would have done in [his] place”. He passed away in 1977 at the age of 83, the year following this event.

A few years later, several Jewish survivors approached the Salvadoran Embassy in Israel seeking to perform a gesture of gratitude for the nationality certificates issued by Castellanos during his tenure as General Consul in Geneva. In July 2010, Yad Vashem (Israel’s official memorial to the victims of the Holocaust), posthumously awarded Castellanos Contreras the title “Righteous Among the Nations”, an honorific conferred to non-Jewish individuals who risked their lives to save Jews during the Holocaust for exclusively altruistic reasons. Castellanos shares this title with other highly notable individuals, such as Oskar Schindler, Irena Sendler, and Raoul Wallenberg.

Two of Castellano’s grandchildren, siblings Alvaro and Boris Castellanos, created a 60 minute-long live-film concerto named The Rescue, recounting the selfless and heroic deeds of their late grandfather: a man who, expecting no profits or material rewards, risked absolutely everything for the sake of people he didn’t even know. Deep inside, he knew it was the right thing to do.