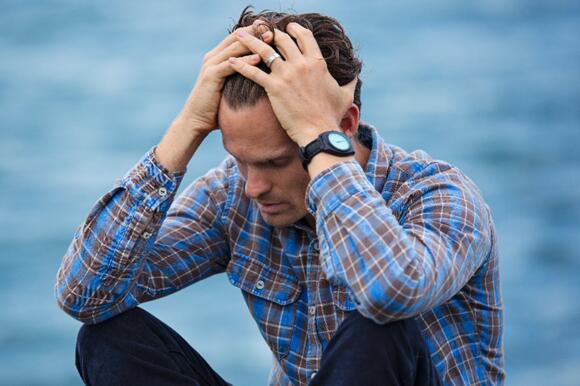 Photo by Nathan Cowley from Pexels

According to MasterClass, “a cognitive bias is a strong, preconceived notion of someone or something, based on information we have, perceive to have, or lack.” They function as mental shortcuts to process information quickly, so we can promptly make sense of what is happening around us.

The problem with cognitive biases is that they’re entirely subjective, and therefore, don’t reflect reality objectively. These misconceptions, in turn, heavily influence our thinking, behavior, and attitude, affecting our decision-making processes and often leading to less-than-favorable results.

Cognitive biases occur naturally and no one is exempt from having them. However, you can overcome them by becoming aware of your subjective thinking — in other words, by learning to identify them and consciously choosing to act in objective and logical ways.

Quoting Sun-Tzu, author of The Art Of War, “If you know the enemy and know yourself, you need not fear the result of a hundred battles.” That’s why I’ve summed up five of the most common cognitive biases you have to watch out for, including a few tips to counter them. Let’s begin!

1. Optimism Bias, or the Illusion of Invulnerability

Some time ago, I was offered a comprehensive health insurance contract at a reasonable price, which I politely declined as I believed myself to be in remarkable physical health. Two years later, I was bedridden in a public hospital with a condition so rare that it only affects 1 in every 100,000 people.

My mistake? I assumed I was exempt from getting critically ill, when in fact, I wasn’t. I’d fallen for the trap of The Illusion of Invulnerability, also known as Optimism Bias: The tendency of dismissing the possibility of experiencing misfortune.

The Dangers of Optimism Bias:

According to the author and psychosocial rehabilitation specialist Kendra Cherry, Optimism Bias can lead to poor decision-making (like not wearing your seatbelt), often with disastrous consequences, as you incorrectly assume that bad things simply can’t happen to you.

An example of this followed the COVID-19 outbreak, as many who didn’t take the pandemic threat seriously have sadly regretted their recklessness once they found themselves fighting for their lives in a cold ICU.

A Few Tips to Keep Optimism Bias at Bay:

I once had a student who skipped about 90% of a course I was teaching, despite my efforts to get him to attend class. He didn’t pass, obviously, but he still had the nerve to complain to my boss, saying I was hell-bent on making him fail the program.

In general, this is what happens when both drivers involved in a car accident adamantly blame each other for it; when the previously-undefeated star of the sports team couldn’t score a winning point because “the sun blinded him”; or every time you don’t get the job because “the interviewer was a complete idiot.”

The Dangers of Self-Serving Bias:

Self-Serving Bias is motivated by a subconscious desire for self-aggrandizing, by boosting one’s self-esteem and projecting this desired image to others. However, this type of bias can also lead to the development of a narcissistic personality disorder, resulting in conflictive interpersonal relationships at school and the workplace.

First impressions are important. According to Michael Woodward Ph.D. from Psychology Today, “we make decisions about people within seconds to minutes of first seeing them. Making judgments about others based on our initial observations is certainly natural.”

The problem with first impressions is that they aren’t always accurate. Worse still, they can fundamentally define your opinion of a person. This is due to the Horn Effect: the propensity to perpetually demonize (hence the name) a person based on a bad first impression or a single negative trait.

For example, if you learn that a new co-worker was fired from their previous job, you may assume it happened because they’re lazy, unethical, or downright incompetent. This first impression creates a long-lasting stigma of that person in your mind when in reality, they’re nowhere near as bad as you think they are, and their dismissal was probably due to budgetary downsizing.

The Dangers of the Horn Effect:

The Horn Effect has a considerable adverse impact on new relationships, particularly at the workplace during hiring processes. It can lead to negative assumptions about perfectly-adequate applicants based exclusively on a bad first impression, or something insignificant they did, ruining their chances of being hired.

What You Can Do to Avoid the Horn Effect:

I had to endure some terrible bullying in high-school. By the time I started college, I had developed deep social resentment, and I was convinced people were cruel and out to harm me. As a consequence, I became overly-cynical, assuming my new peers would wrong me the first chance they got.

Little did I know my attitude was the result of Confirmation Bias: the tendency to seek out, interpret, and favor information in a way that reinforces one’s preconceptions, beliefs, hypotheses, and expectations.

Since I believed my college classmates to be as mean as my high-school peers had been before them, I tended to interpret everything they did or said as a personal attack. That, of course, only made me an unlikeable person to everyone around me.

The Dangers of Confirmation Bias:

According to Shahram Heshmat Ph.D. from Psychology Today, Confirmation Bias is fueled by wishful thinking — a form of self-deception. In turn, this “self-deception can be like a drug, numbing you from harsh reality or turning a blind eye to the tough matter of gathering evidence and thinking.”

How Not to Fall Into Confirmation Bias:

5. Illusory Superiority, or the Above-Average Effect

Remember when I said “more on that later” twice in this article? Well, this is it.

A 1977 study found that over 90% of educators considered themselves better than the average teacher. Another survey revealed that 80% of drivers rate their skills above average. And another one showed that 65% of Americans think they’re more intelligent than the average citizen.

Of course, there’s a problem with these estimations: Logically and statistically speaking, only 50% of a given population sample can be above average. Any percentage higher than that only demonstrates that people tend to have a high perception of themselves that does not necessarily reflect reality.

This phenomenon is known as Illusory Superiority: the propensity to overestimate one’s skills, intelligence, or moral character when compared to others. According to psychologist David Dunning, PhD., this is one of the most common and persistent types of cognitive biases in the world.

The Dangers of Illusory Superiority:

When you think yourself superior to the average person, you are more disposed to taking unwarranted and even unnecessarily-risky decisions, blinded by an overestimation of your skills and your chances of success. In fact, Illusory Superiority is often regarded as a form of the aforementioned Optimism Bias.

The Cure to Illusory Superiority:

Understand that even though you may be better at some things than most people you know, in the big scheme of things, and among 7.5 billion other individuals, you’re only average at best, and that’s okay.

Let this realization be the push you need to improve every day. Remember: You’re your own gold standard. The only person you’re supposed to be as good as, and eventually better than, is no one but yourself.

If you’ve recognized yourself at least once in this article, well, let me quote Michael Jackson here and say that you are not alone.

I’m guilty of being influenced by every single one of these biases every now and then, in one way or another. As mentioned before, cognitive biases are only natural, and falling for them is inevitable.

However, I also have successfully overcome these biases on many different occasions, by identifying them before they have a chance to distort my perception of reality. And if I could, there’s definitely hope for you and everyone else for that matter.