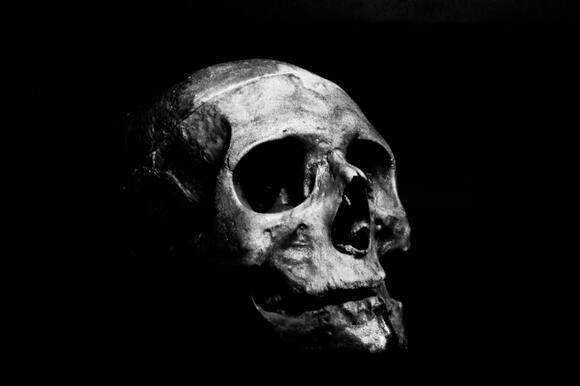 Photo by Ahmed Adly on Pexels

“The fear of death follows from the fear of life. A man who lives fully is prepared to die at any time.”
— Mark Twain

As anyone who’s ever been in an intensive-care unit can tell you, when your life’s in danger, and you can almost see the Grim Reaper strolling around doing his business, something interesting happens. All your worries become inconsequential as you face life’s ultimate problem: Death.

From the moment we’re born, we’re living in a constant state of death avoidance. Life is literally the game of staying alive. Thus, whether you realize it or not, most of your actions are oriented to avoiding death:

However, no matter how hard you try to avoid it, sooner or later, your time will come. This is something we’re all aware of (even as kids), but we don’t like to think about, even when remained of it.

We know we’re going to die, but we tend to downplay death as much as we can. We delude ourselves into believing our dying breath is so far into the future, that it’s not even worth considering. But as it turns out, however, we couldn’t be more mistaken.

Death is the greatest motivator

A few years ago, I tested positive for Guillain-Barré Syndrome. I remember lying on a hospital bed wondering how on earth I had been unfortunate enough to come down with a life-threatening condition so rare it only affects 1 out of 100,000 people a year.

Fortunately, my condition was painless. That gave me time to think and reflect on my own life. And for the first time, I was mindful of the fragility of it, and how all my problems had faded away, as Not-Dying had become my top priority.

I decided I still had a lot to offer. I had dreams that hadn’t yet come true. I had ambitions for a life of significance.

After realizing this, not only did I survive, but also I had a full recovery in record time, which is a rare occurrence. All because I had become truly aware of the inevitability of my own death; the problem I can’t possibly ever hope to solve.

At weddings, brides throw their flower bouquets up in the air at unmarried female attendees, in the belief that whoever catches it will be next to get married. Some other people traditionally play jokes on unmarried guests at the reception, telling them “You’re next.”

Now, what if we started doing the same thing at funerals?

What if you proposed taking a personal belonging from the deceased and randomly throw it up in the air at the attendees, in the belief that whoever catches it will be the next to kick the bucket? What if you suggested greeting each other at wakes by saying “You’re next”?

I, however, say that’s exactly what we should do:

If every time we attended funerals everyone reminded one another about their impending demise, we would all become truly aware that our time on Earth is limited. That, in turn, would make us reconsider our life choices, our present ambitions, and our future plans.

It’s this awareness of our own death that makes our lives worthwhile. It’s what makes us reflect on how we’re spending the precious little time we have.

It’s the knowledge that we’re ephemeral that makes us take action to right our wrongdoings. To make up for the time we’ve wasted. To seek a life of legacy and significance. A life worth living.

It is because we know we’re going to die one day, that we should make the most out of our remaining days. Death, our ultimate problem, ironically is also the greatest motivator in life. A life in which we need problems to grow and be happy.

It’s like a tennis game. You know it has a time limit, so you must take advantage of every minute you have if you want to win the game. Also, you want your game to be challenging, so you can feel good when you finally win.

A difficulty-free tennis match would be pointless and boring. When there’s no challenge, all you get is an empty victory. Likewise, you need obstacles to overcome to make your life meaningful. Those obstacles are your problems.

Have you ever noticed how a surprisingly high number of millionaires make life decisions that seem absolutely crazy to you? They have addiction problems, go to rehab, relapse, lose their temper in public, get married and divorced just a few days later, buy bananas that have been duct-taped to a wall for huge sums of money, and some even commit suicide.

In the meantime, the rest of us scratch our heads in confusion and disbelief, saying things like “Boy, if I had all that money, I sure would know better than that.”

Well, that’s because the rich don’t have the same mundane problems we do. They don’t have to worry about food, shelter, medicine, or retirement funds, simply because they have an overabundance of monetary means to deal with all that.

In other words, the wealthy have little to no challenge in their lives when it comes to their most basic physical needs. And just like the game of tennis, without a challenge, there is no reason to play.

That’s the reason why their first-world problems take an unexpected turn towards the side of existentialism. They don’t know what to do with so much money, and the more they spend it on their weird eccentricities, the emptier they feel inside.

Some other millionaires, on the other hand, are aware of life’s most basic problems, even though they don’t have to deal with said problems themselves.

These people know they have the responsibility to help those in need, and so they create altruistic foundations, become activists for actually-beneficial causes, start education and labor programs in developing countries, and donate a considerable amount of their money and time to charities.

These people have a reason to live while they enjoy their millionairehood: Helping the less fortunate with their problems. They have come to the realization that monetary power –like all power– when used correctly, can do a lot of good.

We might as well learn a thing or two from them.