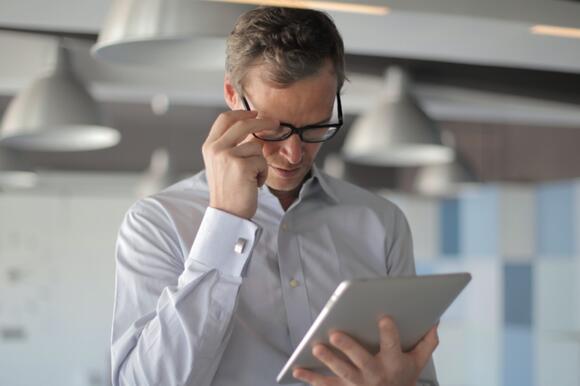 Photo by Andrea Piacquadio from Pexels

A bit of backstory

In 2004, while aimlessly wandering a mall and having a couple of hours to kill, my friend Paula and I decided to go to the cinema. Since we didn’t have a specific film in mind, we started checking out movie posters trying to choose what to watch.

Then we saw it: There was a foreign film featuring an interesting title, impressive artwork depicting a martial artist fighting off a group of ax-wielding terrorists, and the witty tagline “So many gangsters… so little time.” We were hooked right away: The ingenious combination of these three elements was simply irresistible to us, so we bought our tickets and got into the theater.

That’s when things took an unexpected turn. The opening scene presented the aforementioned ax-wielding terrorists committing all sorts of horrible crimes, all while — I kid you not — they perform an overly-comical choreography to the beat of a 1940-ish instrumental theme.

Already I could see my friend frowning and shifting uncomfortably in her seat.

Then, the setting changed to a run-down slum where a funny-looking young man is trying to take a public shower while showing the audience the upper part of his partially-covered buttocks — a running gag throughout the whole film.

“This film is horrible."

“Yeah, definitely not what I was expecting.”

“Oh, come on now. Yeah, the movie’s bad, but maybe it gets better. Don’t leave me here all alone.”

“Sorry Joe. I can’t take this anymore. See you when you’re done with this piece of garbage. I’ll be at McDonald’s.”

And with that, my friend left the theater, and I, feeling lonely and somewhat betrayed — yet not annoyed enough to let my money go to waste — stayed until the end credits started to roll. And I’m glad I did because the movie did get better. So much better.

The film I’m talking about is Kung Fu Hustle, and it featured beautiful cinematography, well-written characters, great visual effects (for the time), incredible fight scenes, hilarious jokes, poignant drama, a fitting musical score, and an overall gripping storyline. To this day, I consider it one of my favorite movies, and my most beloved martial arts film of all time, even if it is a parody of the whole genre it belongs to.

The element that can make or break your post

You might be thinking “Alright. You loved the film. We get it. But what does any of this have to do with writing?”

I’m glad you asked. Imagine you’re working diligently on crafting an article, a blog entry, or a short story. You’ve come up with a great title for it, you’ve thought of an ideal subtitle, and you’ve chosen a fantastic cover picture to illustrate your ideas.

When you look at it, you see perfection. Before your eyes, you have a flawless trifecta of elements that will undoubtedly catch the attention of a legion of readers who will in turn devour the excellent content of your post and beg on their knees for more. It can’t go wrong.

Except, of course, it does.

Some time after posting your article, you start checking the stats, and what you find horrifies you: Tons of views, but very few reads. Evident public interest, but lackluster commitment. Tremendous hype, but abysmal engagement.

“How is that possible?” you wonder. You had a perfect recipe for success right there. Your title, subtitle, and cover picture were great. Your story was amazing. Your message was relevant. Your grammar, punctuation, and spelling were impeccable. Your style was unique. Overall, it was a winning formula, but for some reason, it bombed.

You know what I’m talking about. It’s happened to me, it’s happened to every author before us, and now it’s happening to you. You just can’t wrap your head around how badly your great post ended up performing, and it eats you up inside… all because of a very common, yet easily fixable mistake:

If all the elements of your post were right, then, in all likelihood, you failed to keep your readers’ attention because of a poorly-conceived opening sentence. That’s right. Just like the opening scene in Kung Fu Hustle deterred my friend Paula from watching a great film, a bad opening sentence can and will prevent your audience from reading your otherwise excellent post.

It is only natural. When you think about it, your story contains the same elements a motion picture does:

And this is how audience engagement for posts and films are similar: A movie can feature a perfect title, a great tagline, an awesome poster, and even a nice trailer — all the elements that will attract viewers. But if the movie starts in a confusing, unfocused, or boring way, audiences will conclude it isn’t worth watching, even if it turns out to be an amazing story.

Similarly, your post can have an impressive title, a spot-on subtitle, an appropriate cover picture, and even a great SEO description — all the elements that will attract readers. But if your story starts in a confusing, unfocused, or boring way, your readers will conclude it isn’t worth reading, even if it turns out to be a literary masterpiece.

The difference is, while most people won’t walk out of a movie theater regardless of the awfulness of an opening scene (after all, they’ve paid for their tickets, and they’re not allowed to get into another room to watch a different film unless they pay for it too), most people will be done with your article the moment they read its poorly-crafted opening line. They will simply switch to a different post in the vast cyberspace of free content the Internet is.

At its core, this is the importance of a solid opening sentence: If the title, the subtitle, and the picture you’ve chosen for your post are the reasons why your readers came, the opening line must stand alone as the decisive factor why they stayed.

So, how do you write an effective opening sentence?

Again, I’m glad you asked. Contrary to what you may think, crafting a good opening sentence is a fairly easy process, as long as you keep in mind the following dos and don’ts:

1. Mention, summarize, or foreshadow the content of your article without revealing its core details, effectively bridging the title and the main body of your post.

2. Prompt an emotional response from your readers.

3. Provide readers with a thought-provoking idea, effectively sparking their curiosity and thus giving them a reason to continue.

Naturally, your most logical mental response to this statement should be the following inquiry: “What element?” And as you know, there’s only one way to find out: Continue reading. The fact that you’ve made it this far into this article is proof of it.

What not to do:

Remember: Your opening sentence is extremely important. It’s the cornerstone of your story. It’s the ultimate link in the narrative structure of your post. It’s the element that connects the presentation of your blog entry with its magnificent content. It’s the reason your readers chose to dedicate seven minutes of their lives to you over a legion of other writers.

About a year after the infamous movie theater incident, I had the guts to ask Paula over so we could watch Kung Fu Hustle — now on home media. And although she was initially reluctant to do so, she eventually accepted my invitation and gave the film a second chance.

Her reaction to the intro scene was almost the same as it was the year before, only this time, she stayed in her seat. Then, as she watched the film, there were moments when she was laughing out loud, gasping in surprise, getting excited, and even crying toward the ending. When we got to the end credits, I asked the inevitable question.

“Well, what do you think? Was it as bad as you thought it would be?”

“Nah, it was actually pretty good.”

Paula had decided to pass on a good film because of the impression she got from its opening scene; and if you’re not careful, you’ll be doing the same thing to your readers with your opening sentence, my friend. They’ll be missing out on all the amazing content you have to offer. Don’t let that happen.