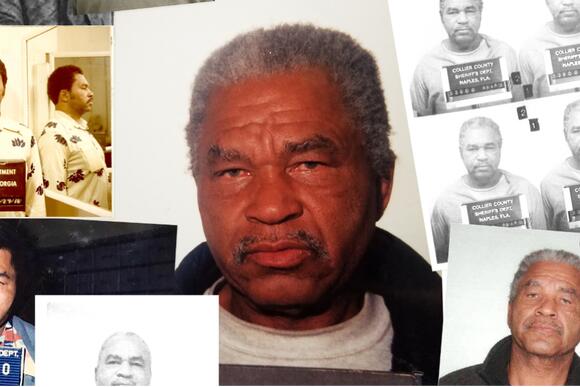 As it turned out, Mary Brosley was the first of allegedly 93 unfortunate women — by the account of Little himself — who would die by his hand, in a serial-killing spree across 19 states and spanning 34 years, until his last murderous deed in 2005.

At least 50 of Samuel Little’s alleged killings have been confirmed by the FBI, making him the most prolific serial killer in the history of the United States.

Samuel Little was born in 1940 in Georgia, to a mother who was, in his own words, “a lady of the night”. The details of his birth are obscure, and investigators speculate he may have been born in jail as his mother was incarcerated several times.

At the age of 16, Little was convicted for the first time for breaking into private property and sent to an institution for juvenile offenders in Lancaster, Ohio. Then, from 1957 to 1975, he would be arrested 26 more times in 11 different states for charges ranging from shoplifting to attempted rape.

During his multiple incarcerations, he took up boxing as a middleweight against other inmates. This would prove useful as he gained the necessary fighting experience to easily subdue his future victims.

In December 1976, Little was arrested and sentenced to three months in jail on the grounds of assault and intended rape of Pamela Kay Smith. Years later, he was detained for shoplifting, with the police realizing he matched the description of the main suspect of the killing of 22-year-old Melinda LaPree, for which he had to stand trial.

Despite being found not guilty, Little wasn’t free yet, as he had another case in Florida to answer for: the murder of 26-year-old Patricia Ann Mount, whose body had been found two months earlier in Forest Grove. Again, he was acquitted after several days of trial in January 1984.

Later on that year, Little was arrested again and tried for the attempted murder of Laurie Barros, and sentenced to four years in prison, of which he served only two and a half. He was paroled on February 1st, 1987, and then moved to Los Angeles.

From there, Little would go rampant. In a series of cold cases, the dead body of Carol Ilene Elford was found in 1987, followed by the remains of Audrey Nelson and Guadalupe Apodaca in 1989, all three had been strangled to death on the streets of Los Angeles.

From 1990 to 2012, Little continued breaking the law in seven different states and was arrested multiple times for burglary, theft, shoplifting, drug possession, and DUI. Despite his reoccurring encounters with the authorities, he always managed to avoid getting caught for his murders. His good luck, however, was about to run out.

Little was living in a Kentucky shelter when he was once again taken into custody on September 5th, 2012 to respond to a narcotics charge. The investigation led to DNA testings revealing he was indeed involved in the murders of Guadalupe Apodaca and Audrey Nelson, with Little’s DNA found in their bodies.

In November of the same year, again through DNA testing, LAPD was able to connect Little with the killing of Carol Ilene Elford.

Little was accused of the murders of Elford, Nelson, and Apodaca in 2014, in a trial in which he was linked to at least 40 other killings since 1980, including Melinda LaPree’s.

During his trial, Pascagoula detective Darren Versiga called Little, “a professional shoplifter who left a trail of bodies as he traveled across the country,” and added, “He was a thief by day and a murderer by night. He would steal, steal, steal all day long and then flash his money to get these girls in his car and then strangle them.”

After two hours of deliberation, and despite repeatedly claiming he was innocent, Little was found guilty of three counts of first-degree murder on September 25th, 2014, and given three life sentences without the possibility of parole.

Little was sent to California State Prison, Los Angeles County. Outside the courthouse, Deputy District Attorney Beth Silverman said to reporters, “He’s a serial killer, and he’s done this for years. This was a verdict a long time coming… It’s the end of an entire career of killing.”

After four years in prison, Little started confessing the full extent of his violent criminal career, receiving a fourth life sentence for the murder of Denise Christie Brothers in Odessa, Texas. When asked about the reasons for his confessions, Little said:

“Probably [sic] be numerous people who are — been convicted and sent to [the] penitentiary on my behalf. I say, if I can help get somebody out of jail, you know, God might smile a little bit more on me.”

The following is an incomplete list of Little’s victims, all by his own account according to the FBI, although not all of them have been confirmed to be connected to him.

Samuel Little confessed to killing a total of 93 women, most of them African-American, and provided the FBI sketches of 27 of them. Many of his victims are yet to be identified.

Samuel Little’s sketches of 27 of his victims — Source: Youtube

Little was confident he would never be caught, as he considered that the women he preyed on — mostly prostitutes and drug-addicts drawn to petty crime — were unaccounted for, and therefore not worth investigating. He’s quoted saying:

Interrogated by Texas Ranger James Holland, Little confessed to many of his killings which, in combination with his surprisingly-detailed sketches, lead to the solving of 50 cold cases. His elaborate and often disturbingly cheerful confessions were recorded in a series of videos made available by the FBI.

When confronted by Michael Mongeluzzo, a detective from Marion County, Little justified his actions saying, “God put me on Earth to do what I did. He made me.” He also recognizes the atrocity in his murders arguing, “I don’t think there was another person that did what I liked to do. I think I’m the only one in the world. That’s not an honor. That’s a curse.”

Suffering from heart disease and diabetes, and needing a wheelchair to move around, Samuel Little died at a hospital in Los Angeles County on the morning of December 30th, 2020, aged 80. His death leaves behind unanswered questions about many cold cases he was, in all likelihood, involved in.