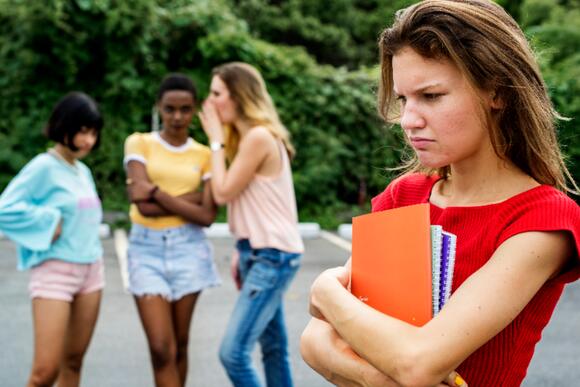 Every time I thought I was being rejected from something good, I was actually being re-directed to something better.” — Dr. Steve Maraboli

I’ve successfully been part of certain groups, and I’ve also failed colossally at being accepted into most others. And these groups I’ve failed to fit into are the ones that have taught me the most.

Starting in early childhood, there’s an ever-increasing need to feel we belong to something bigger: A family, a school choir, a sports team, a growing organization, a thriving business, a well-established religion, a world-changing cause, or an international charity.

It is often the case, however, that these aspirations usually lean toward our integration into smaller groups of people; namely, close friend circles.

You know what I’m talking about. Everybody loves good company. Even introverts like myself enjoy the presence of others when the time and the mood are right, especially at a restaurant while chomping on Margherita pizza.

That being said, I must admit that I used to have trouble fitting into groups.

A bit of backstory

My difficulty to connect with others dates back to my school days. You see, I’ve always been a nerd of sorts, which automatically ruled me out of several possible social circles. On top of that, my non-existent athletic prowess kept my popularity levels at the bottom of the Mariana trench—so to speak.

The situation was far from ideal but it didn't bother me that much back then. After all, I was a kid with a vivid imagination, and that certainly made up for my lack of social skills.

The real problem, however, started when I entered my teenage years. That’s when my ambitions to be part of a group slowly became a form of emotional necessity.

Now, I’m not going to lie to you. I did have a few friends—all male—but that wasn’t enough. Not for me. I wanted to belong to something bigger, to be admitted into a group formed by both boys and girls. I longed to be loved and appreciated, and above all, I wanted to be a member of a team, an essential part of it.

Unfortunately, my efforts to fit in did not bear fruit. No matter how hard I tried to get into groups, I was always rejected, sometimes in a subtle fashion, some other times in more hurtful ways.

Years went by, and I ended up carrying these frustrations into the new and complicated world of early adulthood and into my workplace, no less.

My social life in the 21st Century

Now, I’m not proud of what I’m about to say, but I spent nearly ten years trying to be accepted into a group of co-workers who were pretty mean to me.

These people usually mocked me—particularly for being a vegetarian—trash-talked me behind my back whenever they could, were completely indifferent to my well-being, openly showed contempt and animosity toward me, routinely ignored everything I said, and even attempted to ruin my reputation in more than one occasion.

Worst of all, in my attempts to be accepted into their circle, I was unconsciously starting to behave just like them. And the more I became like them, the lower my self-esteem sank. It was like I was losing myself out of a misplaced desire to be accepted.

To this day, I still feel foolish for wasting so much time trying to get the wrong people to appreciate me. I don’t know what I was thinking.

But hey, nothing lasts forever; not even stupidity. One day I decided I had had enough of those guys, so I stopped spending my time with them and even avoided exchanging words with them, except when necessary. After all, we all worked at the same place, and for the same people.

Not that they missed me, of course. I’m pretty sure they wholeheartedly supported my decision to stay away, and probably even celebrated it.

The dawn of a new era

Things took a sudden turn when sometime later, a bunch of new workers got hired, and to my surprise, they were nice and respectful to me. Best of all, I didn’t even have to try to be likable. They were friendly to me and accepted me for who I was.

The hateful ones, seemingly unhappy with my sudden rise in popularity, made their move and managed to turn some of those new people against me. Some others could not be influenced and remained neutral and respectful acquaintances, and the remaining new people in time became truly good friends of mine.

I remember a particular occasion when they tried to convince one of the new girls that I was “nothing but a worthless snob.” This girl’s mama, however, had raised no fool. Instead of buying that story, she decided to take the time to get to know me properly. Three years later, I was on my knees asking her to marry me. With tears of joy filling her eyes, she said yes, and the rest is history.

As I said before, I don’t know why I spent so much time and energy trying to get others to like me. I do know now, however, why I failed miserably every single time.

It’s simple: I was trying too hard.

Friendship should occur naturally, or not at all. Repeated and forcible attempts to be accepted into social circles without being invited in is a form of self-humiliation.

Now, what happens when you start trying to fit into other people’s groups? Think about it: You’re trying to convince others to be with you as if you weren’t a person, but a product to be used. And by doing that, you sacrifice your dignity and self-respect.

In the worst-case scenario, you’ll end up neglecting your own identity, in an often unconscious effort to increase your chances to be accepted. You start talking and behaving in ways that would make your inner child cry. Take it from me: Been there, done that. Your grandma won’t be proud.

There’s a reason why they say you should simply be yourself. The honest acceptance of your nature and character naturally attracts similar-minded individuals, who in the end are much more likely to accept you for who you are.

This realization has been enormously helpful in my current adult life. Now I value friends and family much more than I did back then, and I haven’t had any more problems with co-workers after that.

I have also learned that more doesn’t necessarily mean better, especially when it comes to social relationships; and that a family is usually the best social circle you could ever hope to be a part of.

In the end, it’s those who don’t need to be convinced to be by your side, but who freely choose to do so, that truly deserve your time, your dedication, and your love. Don’t let them down.