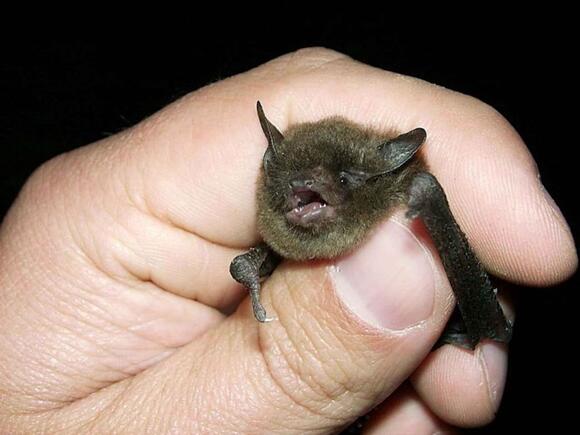 Jeanna told her parents about the bite, which looked like a tiny needle prick. Deeming medical treatment unnecessary, the three of them soon forgot about the incident. About a month later, however, Jeanna began displaying a series of strange symptoms: Tingling in her index finger, hand trembling, double vision, weakness, and slurred speech.

By the time she was taken to a hospital, Jeanna couldn’t speak anymore, stand, or sit on her own. She also needed to be intubated as she was having serious trouble breathing. She was in a critical state, and she wasn’t expected to last long.

The doctors administered all sorts of tests, but they all came negative. That’s when Jeanne’s mother recalled the bat bite the month before. Upon learning this, Dr. Rodney Willoughby Jr, the physician in charge, requested an analysis of Jeanne’s cerebrospinal fluid samples. The results confirmed the rabies infection, meaning she would inevitably die in just a matter of hours.

After an exposure, rabies replicates itself and spreads through the central nervous system, making its way to the head via the spinal cord. The virus then “hijacks” the brain, compromising its ability to control breathing, salivation, and heartbeat, leading to paralysis and multiple vital organs’ failure, particularly the heart and lungs.

When active, the virus goes undetected by the immune system, ruling out any possibility of self-healing. That’s why rabies vaccinations contain dead (inactive) samples of the virus, which the immune system can detect and develop antibodies against. This vaccination is highly effective if administered within six days after exposure, and before symptoms appear. Once symptoms start to manifest, however, there’s virtually no chance of survival: at this stage, the virus kills its host faster than their immune system can even start an antibody response.

According to the World Health Organization, there are two versions of the disease: The Furious Rabies, characterized by a fast, violent, and maddening fatal agony for those infected; and its less common form, the Paralytic Rabies, which is less dramatic and lasts longer than its counterpart, but is just as deadly. This is the type of rabies Jeanna Giese had contracted.

A desperate race against time

This was Dr. Willoughby’s first time dealing with a case of rabies. Knowing very well that Jeanna wouldn’t last long, he frantically started browsing medical papers, looking for something that might give his patient a chance of survival. He was essentially hoping for a miracle.

That’s when he stumbled upon a rather obscure article. The text suggested that even though the virus used the brain as a base of operations, it did little damage to it. This gave Dr. Willoughby a revolutionary idea for an experimental procedure that might just save Jeanna’s life.

After an hour’s discussion with his colleagues, Dr. Willoughby talked Jeanna’s parents through his plan. He would temporarily induce a chemical coma on their daughter, shutting down her brain, therefore preventing the virus from causing any more havoc from there. Despite this maneuver, Jeanne’s basic bodily functions would remain active, giving the immune system enough time to develop an antibody response to effectively fight off the disease.

Jeanna’s parents didn’t need to think about it. They accepted the proposal right then and there. Even though they were aware it was an experimental procedure, they knew the alternative was to let her daughter die. “There has to be a first,” her father said, and with that, Dr. Willoughby’s idea was greenlit.

The procedure bore fruit. Following the induced coma, Jeanna’s immune system managed to control the deadly virus, rapidly neutralizing it. After being in a critical state, Jeanna was finally stable again. She had just become the first person in human history to have survived rabies without a vaccine.

There was, however, a problem: Whereas inducing a chemical coma is a relatively easy process for any physician, getting a person out of it can be complicated, as there’s a chance the patient will never be able to wake up again. Jeanna was taken out of the coma the seventh day after the procedure began. However, she didn’t move or respond to pain stimuli, much to Dr. Willoughby’s horror: he had successfully saved his patient’s life, but apparently, he had also condemned her to a life in a vegetative state.

Fortunately, three days later, Jeanna opened her eyes. To make sure it was a deliberate effort and not an unintended muscle spasm, her mother was called into the room. Jeanna’s eyes immediately tracked her, indicating she had woken up and was fully aware of her surroundings.

A second chance at life

Thirty days after her awakening, Jeanna was officially declared cured of rabies. She was discharged from the hospital on January 1st, 2005, after spending several weeks on intensive physical therapy: just like a baby, she had to learn to talk and walk all over again. By November 2005, Jeanna had recovered almost completely, she went back to school, and learned to drive.

Despite her temporary physical impairment, Jeanna’s cognitive capacity and intellect remained unaffected. She graduated from high school with honors in 2007, and then from Lakeland College with a degree in Biology in 2011. She’s now married, the proud mother of three, and an avid horseback rider. She has also given numerous speeches to create awareness of rabies, to decrease its spread, and thus potentially save lives.

Dr. Rodney Willoughby Jr gained significant attention for his role in Jeanna’s recovery, though his methods were received with certain skepticism from the medical community. Some argued that certain variables other than the induced coma—such as possibly being infected with a weaker version of the virus, or having an unusually strong immune system—may have been the determining factors in Jeanna’s survival.

The procedure devised by Dr. Willoughby, now known as The Milwaukee Protocol, has helped save a few more people. Unfortunately, it still has a very low success rate—25% according to Jeanna herself—and more research is needed to properly assess and improve its efficacy.

Despite all this, The Milwaukee Protocol is currently the only treatment available once rabies turns symptomatic. And for Jeanna Giese, it proved to be the exact last resort she so desperately needed.