Do You Want to Change the World? Then Watch the Way You Raise Your Children. 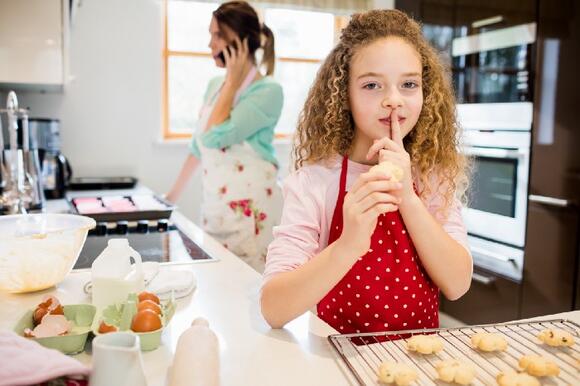 Do you remember the Motorola Razr V3? You know, the best-selling clamshell cellphone in the world to date? Well, back in the mid-2000s I passed on an opportunity to own one. Specifically, I found a Razr and gave it back to its rightful owner a few minutes later.

The following day, I told the story to two of my acquaintances. One of them said “Well, I would have kept it. That’s what they get for being careless.” And the other one added, pointing at me, “You're an idiot. It was a Razr you had right there. What were you thinking?”

Now, what has this world come to when people call you an idiot for doing the right thing? Exactly: A world in which you are expected to be an opportunistic thief. And that is one of the biggest problems in the world today: We live in a society that commends shamelessness and condemns integrity. Sad but true.

And the key to it all lies in the upbringing we've received as children and the one we're giving to our own. Allow me to elaborate:

Children are the living legacy of our lack of integrity.

“As a parent, I have a job as a role model to my children, and by extension, to other young people.” — Kareem Abdul-Jabbar

Have you ever noticed how a lot of people show incredibly unsympathetic behavior towards others, and some end up becoming criminals, even when they have had a seemingly normal upbringing?

You know what I’m talking about. You’ve surely seen parents cry in disbelief at what their children have become, wondering “Where did I go wrong?”. You may also have seen them telling off their children, frowning and saying “I do not recall raising a child like you.”

However, they probably did.

If you’re a parent, you might be guilty of doing one or several of the following mistakes, which may not seem a big deal, but can actually have serious consequences:

It’s true, parents don’t go telling their children to steal smaller kids’ lunch money at school, to start a meth business, or kidnap someone to get a ransom. Or rather, they never state it directly. Instead, they do it in a much subtler way. So subtle, in fact, that the damage they do to their children goes completely unnoticed to them.

We plant the seed of shameless opportunism in the minds of our children by exposing them to a constant streak of small immoral behaviors that, over the course of the years, reinforce in them the idea that integrity is for losers.

You might be thinking “Well, children learn all kinds of terrible things from other children as well, so I’m not completely accountable for how they turn out.” Well, where do you think these “other children” got all that from? Exactly: Their parents, or whoever is in charge of them.

Bad role-modeling is reproduced from parents to children, who in turn transmit it to other kids. So if you think you’re raising your own children only, you are mistaken. Whatever you teach your child will eventually be reproduced by their peers, thus ensuring the moral decay of society. It's a bad mistake we all pay for one way or another.

There is hope for the future if we all act now.

“Yesterday, I was clever, so I wanted to change the world. Today I am wise, so I am changing myself.” — Rumi

You’ve probably heard the phrase “Everyone talks about leaving a better planet to our kids. How about we leave better kids for our planet?” It may sound cliched, but its message is absolutely true and highly relevant to society today.

We can change the world by promoting the celebration of righteousness and discouraging instances of wrongdoings and double standards; and especially by raising our children on absolute integrity, not only at instructive level but by being upright role models to them.

If more of us adopt a lifestyle based on pure integrity and manage to transmit this value to our children, the world will change for the better. In fact, this is the only possible way we can hope to achieve such a gargantuan task.

In the words of Ashley Montagu, “the family is the basis of society.” Families based on opportunism will perpetuate the decaying state of the world, but families based on integrity will lead to a society in which righteousness prevails.

It won’t happen overnight, but it can happen someday if we make an actual effort to turn things around and start now.