Do You Want a Better Society? Then Quit Your Double Standards and Your Self-Righteousness 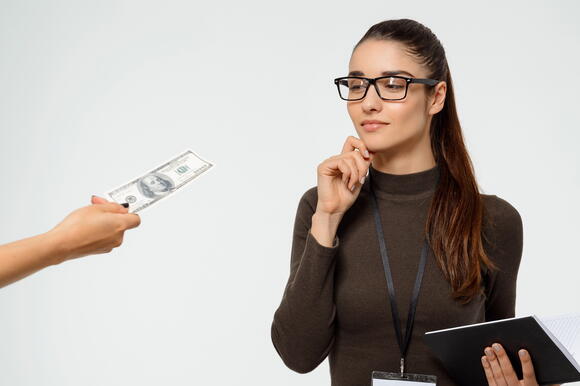 “We judge ourselves by our intentions and others by their behavior.” ― Stephen M.R. Covey

In 2013, my fellow countryfolks were appalled to learn that our beloved national soccer team had been taking bribes to lose several matches in foreign lands.

According to the official investigation, some players were offered up to $18,000 in exchange for an easy win. As a result, 14 of our players were expelled from the team for life, had to change careers, and have not been seen on a soccer field ever since.

The public, as you can imagine, did not react well to this. In social media, everyone referred to these 14 characters as “garbage”, “backstabbers”, “lowlifes”, and other adjectives I’d rather not mention here. Some went as far as suggesting the players “ought to be put to death by fire”. Whether they were being serious or not is beyond me.

I, on the other hand, couldn’t care less:

It’s easy to take jabs at someone else’s dishonest behavior, but it’s hard to recognize these same attitudes in ourselves. And it’s when we fail to do so that we fall for the trap of double standards.

What is a double standard?

According to effectiviology.com, a double standard is "a principle or policy that is applied in a different manner to similar things, without proper justification. Essentially, this means that a double standard occurs when two or more things, such as individuals or groups, are treated differently when they should be treated the same way."

The case of our national soccer team is a good example of this. The immoral soccer players were harshly criticized by a whole country, but it's hard to imagine an average citizen being righteous enough to reject such an offer.

In a country where most inhabitants have serious economic problems, passing on a chance to get $18,000 is not easy. That amount of money could easily buy two or three second-hand cars, pay off bank loans and credit cards, be used to open a small business, or pay for expensive medical treatments for yourself or your loved ones. Of course, I’m not saying it’s okay to take bribes. All I’m saying is I understand why people take them.

The problem here is that the general public isn't capable of telling the difference. We treat and judge others based on their behavior, but we do not judge ourselves or our allies in the same way. Some actions that we normally frown upon are quickly dismissed, pardoned, or justified when it's us who do them or someone from our family. This is pure hypocrisy, and it affects the very root of society.

The trap of self-righteousness

Nearly all of us, to some extent, suffer from illusions of moral superiority; that is, the belief that we, as individuals, are particularly better than others, mainly in the moral domain.

We think “I’m not a bad person”; and while it may be true, we all should probably sit down and reflect on what we’re doing wrong. Just take a moment to reflect on the following:

When you question yourself like this, you will probably realize you’re not as good as you think you are. But that’s not a bad thing; at least, not completely. After all, we’re only human, and as such, we’re imperfect. And as we all know, when something is imperfect, there’s room for improvement. And the first step will always be self-reflection: Only by observing our own behavior can we become truly aware of it, and how it affects others.

We cannot get what we are not willing to give. If we want to live in a society in which integrity is the rule, our lives should be an example of integrity. There’s no way around it, and the only way to achieve it is by doing away with double standards and illusions of self-righteousness.

There’s a sort of golden rule that goes like this “Do for others that which you would like to be done for you”. Fair enough, but I would add the following line: “Also don’t do to them anything you wouldn’t like to be done to you,” and that includes judging yourself and those who are close to you in a different way than you judge the rest of the world. It's not always easy, but it can be done.