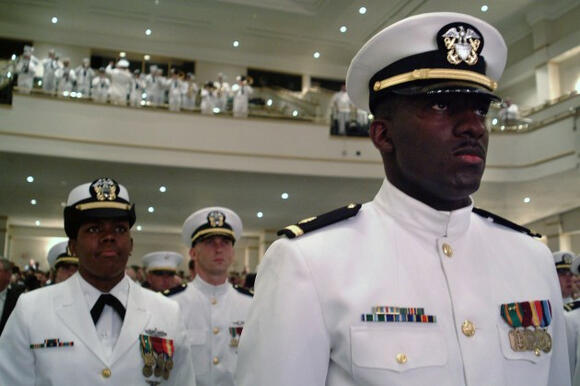 HOUSTON, TX — The Texas Southern University has launched the first Navy JROTC Cadet Flight Academy in the country on July 6.

Upon the launch, Director of Aviation, Dr. Terence Fontaine, said, "This honor says a great deal about the support that our Aviation Advisory Board and TSU leadership has given the aviation program. Although our flight program is one of the newest in the country, our goal is to be best in class."

He then added, "I want to personally thank our aviation staff for going the extra mile to facilitate these very important programs to the university."

Meanwhile, the President of TSU, Dr. Lesia L. Crumpton-Young, commented, "We are delighted to be one of the first universities in the nation to partner with the United States Navy to train future aviators. Our aviation program is one of the best in the nation and one of only eight located on an HBCU campus."

"The shortage of pilots and the need for more diversity in the cockpit make TSU uniquely qualified to meet the needs of the U.S. Navy and increase aviation diversity," she continued.

To become members of the Navy JROTC Summer Flight Academy, candidates must go through a rigorous selection process.

All cadets must fulfill the required components for U.S. Navy Academy candidates.

Similar to the TSU Air Force's JROTC Aviation Academy, every Navy cadet who joins the six-week program will receive training to obtain their personal pilot's license.

Summer 2021 JROTC cadets will move into dormitories on the TSU campus and start Ground School on July 5. Later, they will join Flight School on July 19 at Ellington Airport.

During Flight School, all cadets will have an opportunity to fly twice a day with TSU flight instructors.

Presently, the Texas Southern University Aviation is accommodating eleven cadets in an Air Force JROTC flight program. The cadets are showing their progress and have achieved the main program milestones.

The cadets have finished their solo flight as well as cross-country and night-flight training. In addition, they have also completed the FAA Part 141 training and are scheduled to participate in the FAA private pilot's check-ride.

It will be the final test they have to take to get their private pilot license next week.

HOUSTON, TX - HOUSTON, TX - There are many reasons why you should walk your dogs regularly including improving digestive and urinary health, improving physical fitness, reducing the risk of cardiovascular disease, and more. Here are the top three dog walkers in Houston who are ready to help you with your furry friend's sporting needs.

HOUSTON, TX - As part of traditional Chinese medicine, acupuncture has numerous benefits, including reducing stress, boosting the immune system, relieving pain, reducing eye strain, and many more. If you are interested in trying this natural therapeutic treatment, you can visit one of these top acupuncture clinics in the city.

Houston ISD Students are Back to In-person learning

HOUSTON, TX - Houston Independent School Year officially returns to school and students are back to in-person learning for the 2021-2022 school year with the first day of school on August 23.

HOUSTON, TX - Haven't decided what to do this Saturday yet? There are some fun events happening around the city this weekend. Here are some upcoming free events in Houston that you can join to have a wonderful Saturday.

Houston, TX - Are you searching for a unique and special spot to hold your wedding? If so, there are some non-traditional venues in Houston where it’s just perfect for a beautiful wedding to take place. Here are 3 underrated venues that will be a charming place for you to say “I do.” in Houston.

Houston, TX - Shopping for a perfect wedding dress at the right price can be difficult for any bride to be. Especially considering weddings are kind of a once in a lifetime special moment.

HOUSTON, TX - As the culinary scene in Houston continues to evolve, it always has something for you. There are several new eateries open in the city which could be your next favorite destination. Here are some new restaurants around Houston you should check out in September.

KATY, TX - The city has some exciting events happening this weekend to keep you entertained. We have compiled a list of several upcoming events in Katy that you can join for free.

Former Convicts Study Teaching at The UHCL Bridges Out Program

HOUSTON, TX - According to a report from American Psychological Association, there are more than 600,000 people are released from prison every year, of which about 75% of them are recaptured within five years. Apparently, convictions limit job prospects, and Associate Professor of Humanities at the University Houston-Clear Lake Shreerekha Subramanian seeks to address this issue.

HOUSTON, TX - There are a number of fantastic nightlife events happening in Houston this week. It's definitely a great way to wrap up your tiring day by coming to a party or two with your partner and friends. We have gathered some upcoming exciting nightlife events around the city this week for you nightlife lovers!

HOUSTON, TX - Ryan Cooper, a 2L student at the University of Houston Law Center, was unsure about his future career following his freshman year in law school. But soon after he worked with the Department of Veteran Affairs this summer, the veteran said he saw his education come full circle as he served fellow veterans.

Get the best service from these 3 chimney sweeps

HOUSTON, TX - Cleaning a chimney is not an easy job. You need the help of a chimney sweep to clean and maintain your chimney. Listed below are three chimney sweeps that can help you in Houston.

Situated between the Medical Center and Downtown Houston, this family-owned flower shop has been around since 1983. Fannin Flowers has various floral arrangements, fresh-cut plants and flowers with seasonal rotations of beautiful products and permanent staples available for purchase.

Four boutiques to shop children's back to school kit

HOUSTON, TX - New school year is coming and that means it's time to upgrade those school kits. Whether it's the lunch box, backpacks, shoes, dress, shirts, Houston's boutiques got your back. Pay a visit to these four boutiques to shop back-to-school needs.

HOUSTON, TX - Giving gifts to your friends on birthdays or certain celebrations can give a great vibe for friendship. You can find various types of gifts in well-known shops. Below are the best three gift shops in Houston.

HOUSTON, TX - The University of Houston Victoria announced its new associate provost, Joann Olson. She is an associate professor in the School of Education, Health Professions & Human Development.

Houston, TX - Do you have some clothing pieces that stay unused because of the wrong size? Or maybe the style doesn’t really fit your image? If you do have it, the right solution is to go to a tailor.

HOUSTON, TX - Baylor College of Medicine research dietitian, Alicia Beltran describes the risk of excess screen time during the school year in this pandemic and also the tips to manage the screen time by having some breaks for other activities.