I write about lifestyle and travel experiences in the United States. I'm also passionate about Diversity and Inclusion and that reflects in some of the pieces I write. My topics range from culture, travel, uplifting marginalized voices and much more. If you're interested in these topics, feel free to hit the subscribe button.

Social Commentary, Trending Tweets and Reactions to the Shooting of Asians in Atlanta Spa 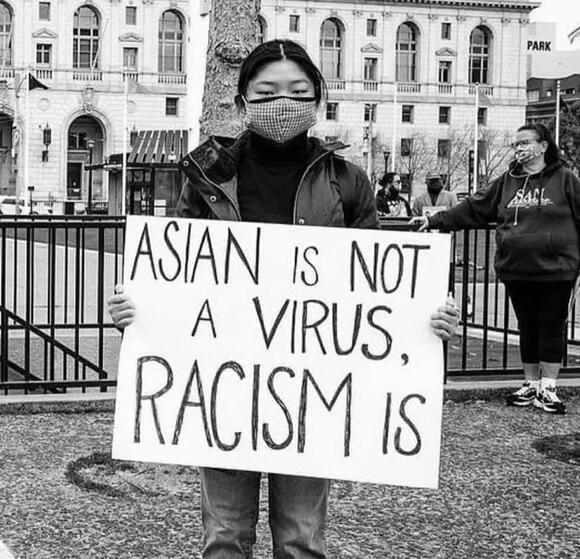 Recently in Atlanta, Georgia, a man opened fire in a massage parlor and killed eight people in a series of shootings, six of them being Asian women. The man has recently been charged for murder and kept in custody and there has been a lot of reactions on this unfortunate incident, on social media, including Twitter.

Twitter is now the top website for social commentary and industry leaders, celebrities and regular day to day people gather there to share their thoughts. Ever since the incident in Atlanta, the hashtag #StopAsianHateCrimes with thousands of people using this as a way to show solidarity to the Asian community. Read the reactions and highlights below.

If you're not a social media, here's what you need to know in summary. People are posting yellow squares in solidarity of the Asian community, and using the hashtag #StopAsianHateCrimes.

Former President Barack Obama did not mince words on March 17, 2021 when he said, "Although the shooter's motive is not yet clear, the identity of the victims underscores an alarming rise in anti-Asian violence that must end".

Delaina Ashely Yaun, Paul Andre Michels, Xiaojie Yan, Daoyou Feng, Elcias R. Hernandez-Ortiz were murdered. Say their names and honor the ones who have passed away due to Asian hate.

3.) Being anti-racist isn't about celebrating 'diversity'

There's more to being anti-racist beyond celebrating diversity. "It's about acknowledging the pervasive existence of systemic racism" Well said!

4.) A 76-year old chinese woman defended herself. Asian hate crimes exist not just in Atlanta, but in other parts of America

Following the awareness the incident in Atlanta brought to Asian Hate crimes, it was noted that on March 18, 2021 in San Francisco, Xiao Zhen Xie, a 76-year-old Chinese woman fought back her attacker and suffered an eye injury. So sad and heartbreaking.

5.) A Georgia police officer called it a "bad day"

"It's insane to me that the Sheriff just casually says "He was fed up, at the end of his rope... yesterday was a really bad day for him and this is what he did".

6.) A bad day is no excuse to murder eight people

Surely, this is common sense and everyone agrees with this, right? Why is it a "bad day" when white people do it and inexcusable when other minority people do it? Make this make sense.

More reactions to the "bad day" excuse. "When I have a bad day, I don't shoot at minority groups. Fear is not an excuse for racism. Asian lives matter."

7.) A call for donations to help out the Asian community

The Asian community needs you write now and people are opening their wallets to show support and solidarity.

No other words needed.

9.) Keep your yellow squares, they are useless!

Just like the Black lives matter where people took to social media to post Black squares in solidarity to the Black community, people have done the same for the Asian community but this time with yellow squares. This young man says they are useless.

Injustice to one is injustice to all. As a member of the Black community, I know full well what it means to be racialized, segregated and targeted, so my heart goes out to my Asian American brothers and sisters. Let's keep fighting until we have a world free of racism and prejudice. Until then... #StopAsianHate.

I write about lifestyle and travel experiences in the United States. I'm also passionate about Diversity and Inclusion and that reflects in some of the pieces I write. My topics range from culture, travel, uplifting marginalized voices and much more. If you're interested in these topics, feel free to hit the subscribe button.

How to Travel on a Budget on Your Next Vacation

We all know travel can be expensive and not everyone has the luxury of spending a lot of money on a travel experience. This is why I'm sharing some ideas to keep your travel expenses low.

Influencer marketing is now a big industry, estimated at over one billion dollars and there is so much power that influencers hold in swaying the decisions of their audience and converting to groundbreaking sales for brands and companies. Everyone with an Instagram page seems to be pushing for a slice of the pie of influencer marketing, however, just like everything else in life, there are always going to be a few people who stand out of the pack.

New York City has been instrumental in the fight for racial justice and equality for all. From the Harlem Renaissance, a cultural revival that took place in the city of Harlem, between the 1920s and 1930s, also called the New Negro Movement, a lot of revolutionary and historical happenings have happened in New York City.

5 Things You Didn't Know About Oprah, The Most Powerful Woman from Kosciusko, Mississippi

Oprah has recently made headlines for her interview with Prince Harry and Meghan Markle as they shared some intimate details with the power host and talk show superstar. Oprah has made a name in her industry and has become one of the most influential and powerful people on earth. However, many people don't know that she's from Kosciusko, Mississippi.

I'd heard so much about Washington DC, whether from the news or media or even social media. I was itching to go there as a lover of all things arts and museum. One day, the opportunity to visit for a weekend came and I took that opportunity head on. I packed my bags in anticipation for a weekend in Washington, DC.

There are lots of good things about New York city, from the food, the entertainment scene, the fast pace energetic lifestyle, but even that comes with its own downsides, as too much of everything can be crippling.

A Guide To Visiting Mexico From New York This Winter

Don't we just hate the gloomy weather that comes with winter? In a perfect world, we'll be jetsetting somewhere warm to fight off the winter blues. Obviously, we can't travel right now as much as we could but for those in New York, you can escape to Mexico very quickly without batting an eyelid.