Jessey Anthony is a fitness enthusiast with over 5 years experience in fitness and health career. She is also a content writer and an entrepreneur. http://www.marykay.com/oonyenezi 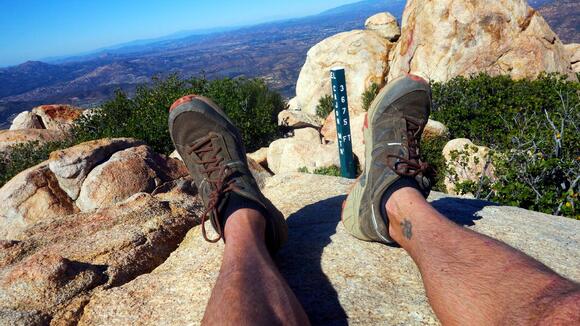 A 22-year-old rock climber was seen falling from 200 ft off a 500 ft tall El Cajon Mountain by nearby climbers. That is almost a 20-story building height, according to reports.

A source who has lived very close to El Cajon mountain for 63 years said the area where the dead body was found is treacherous. They had to pass through creeks, ravines, and dense brush to locate the deceased.

El Cajon mountain, also known as El Captain is a famous location for rock climbers and many have died in the area.

In 2019, a 50-year-old Castiglia hiker went missing at El Cajon mountain on a Saturday afternoon. The following morning his body was found dead at the base of a sheer cliff, according to reports.

Castiglia had disclosed to his fellow hikers that he will be going slower than the rest of the group. A few hours later, he was reported missing by other hikers when he didn’t show up at their trail point.

El Cajon Mountain is a dream for most rock climbers. It features multi-pitch sport climbing on superb granite in a stunning location.

The exposure and view from the top of the cliff is phenomenal with a sunny atmosphere. The trail has very steep and rocky areas and can be challenging for climbers. You can see the Ocean close by and the Coronado Island’s right off of Mexico’s shores.

El Cajon mountain terrain history dates back to the 60s and 70s when four climbers went out there to test their rock climbing skills. Since the 1980’s till date only a few people have climbed El Cajon Mountain.

Although tragedies rarely occur at El Cajon Mountain, however, the recent incidents mark the second death after that of Castiglia in 2019.

Jessey Anthony is a fitness enthusiast with over 5 years experience in fitness and health career. She is also a content writer and an entrepreneur. http://www.marykay.com/oonyenezi

Three men went missing after their fishing boat sank in the water near Empire, Louisiana. The three longtime friends went fishing like they’ve always done in a 24-foot center console boat at the gulf of Mexico.

In 1960, a New York adoption agency, Louise Wise Services split a set of twins into separate families as an experiment to prove that twins can develop their individual identities if they grew up apart.

Emmie Nielsen, 23, infamous TikToker shared her last moments with Molly, her pet dog. The heartbreaking video went viral with over 3 million views and 24.6k comments. Pet owners filled the comment section with emotions as they sympathize with Emmie on her loss.

Hugues de la Plaza, a French-American man was found dead in a pool of his blood at his San Francisco apartment in the early hours of the morning in June 2007. Hugues was out partying the previous night with his friends in celebration of his new position at LeapFrog. After he returned home at 2 a.m., he surfed the Internet for a house he intended to purchase in Argentina and talked with his friend over the phone about going to see a movie.

Some of us are willing to do whatever it takes to keep our jobs. When our boss threatens to fire us, we buckle up and kiss up to them to remain in their good graces. With the rising bills and insufficient income, who wants to lose their job when money is tight?

For many tourists, going to islands and caves sounds like fun. But if you love your dear life, stay clear of Ilha da Queimada Grande, popularly called the "Snake Island" in Brazil. Why? You asked.

Jahrah (54), was reported missing by her husband when she did not return from working at her rubber plantation. Previous reports showed that more people had gone missing at the same plantation.

Some people have an addiction to animals, plants, or even poetry. But for Justin Jedlica, his addiction is plastic surgery. The American-born, 42-year-old rose to fame after he underwent many cosmetic procedures.

A 31-Year-old Youtube Influencer Made $200,000 Selling Her Farts for a Living

Stephanie Matto, a 31-year-old social media influencer, and author began selling fart in a jar with fabric petals adored inside for fun. After her first batch got sold out, Matto realized that many people were into fart fetish and that there was money to be made from this business.

French scientists have successfully deciphered the secret code of a letter signed in 1547 by the most powerful ruler in Europe at that time, king Charles V. King Charles V of Spain presided over European empires including what is now Spain, Germany, the Netherlands, parts of Italy and central Europe, and large areas in the Americas during a reign of more than 40 years.

Archaeologists have discovered a well-preserved mummy of at least 800 years in Cajamarquilla about 15 miles east of Lima in Peru. The mummy was buried with its hands covering its face and tied with rope, like a form of funeral custom in the Peruvian south.

Licking Toad's Back Can Get You High, but It Can Also Kill You, Says US National Park Officials

In fairy tales, kissing a frog might turn a boy into a prince. In real life, it can result in serious poisoning. Licking toads to get high was once made fun of on “Family Guy.”

What if there was a world where you and I exist? It's true! Your doppelganger might be out there. Call it superstition or fantasy, you and I may have our twinnies living somewhere on another planet.

In an open letter released last Friday, Musk pledged that he intends to promote free speech on the platform. His "free speech for all" sentiments drew concerns from activists who believe Musk would transform Twitter into a "megaphone to extremists" by rolling back policies that banned users who spread hate speech and false information.

Can Bathing Kill You? “Dirtiest Man” in the World Dies after Bathing for the First Time in Decades

Nothing is more refreshing than a warm bath after a long and tiring day. Taking a warm bath feels good. The heat gets your blood flowing, which is not only good for your circulation but can also help relax sore or tense muscles.

Rumeysa Gelgi, 25, has held the title of the World's Tallest Woman since 2014 for her 7ft height. Gelgi, a native of Turkey grew up with a genetic disorder known as Weaver Syndrome which causes rapid growth.