Can You Really Form a New Habit in Just 21 Days?

Chances are it will take a little longer. But don't let that stop you from trying.

Image by Steve Buissinne from Pixabay

Making a new habit that lasts is hard work. Everyone is looking for a life hack or a quick fix to make it easier. But, the hard truth is, changing life habits takes time.

You may have heard of the common advice that anyone can change their behavior in a mere 21 days. Three short weeks of performing a new action, and just like magic, you are transformed.

Countless apps and self-help gurus have spouted the wisdom of the 21-day habit. But is this true? Can you make a habit automatic in just 21 days? The answer, as it turns out, is a bit more complicated.

Where did the 21-day habit idea originate?

The widely accepted 21-day habit theory has been around for a while. The idea came from the plastic surgeon Maxwell Maltz. In the 1950s, he noticed that it took his patients about 21 days to get used to their new looks. He examined his own behavior and determined it also took him about 21 days to form a new habit. And with that, he was convinced, three weeks is the amount of time you need to change behavior.

In 1960, Maltz published his book, Psycho-Cybernetics, A New Way to Get More Living Out of Life, in which he stated the following. “These, and many other commonly observed phenomena tend to show that it requires a minimum of about 21 days for an old mental image to dissolve and a new one to jell.”

And that was all it took to get the public’s attention on forming new habits. The 1960s was the decade where psychology became a part of pop culture. Self-help experts simplified the message of the 21 days minimum and turned it into 21 days total.

It’s compelling to think you can make positive changes in three short weeks. And in some cases, it may be possible. But stating that 21 days is all you need to change a bad habit can lead to disappointment. It’s easy to feel like a failure when it sounds so easy to transform, but you find you can’t get there in the allotted amount of time.

How long do habits take to become automatic?

It depends on the habit. I would imagine if I decided the new habit I wanted to make automatic was eating a cookie for dessert every night, I would not need 21 days to get hooked on it. Conversely, if I want to eliminate sugar from my diet, I know I would struggle with that one for much longer than 21 days.

And this is what the research has shown us. There is not a magic number of days you need to form a new habit. How long it takes to make a habit automatic for you depends on how tough the new habit is to maintain.

In 2009, researchers from the University College of London studied habit-forming in 96 people over 12 weeks. The study, conducted by Phillippa Lally and her colleagues, concluded that the average time it takes to form a new habit is around 66 days. The times varied from 18 days to up to 254.

The good news from the study is that missing a day of the new habit did not affect the habit-forming process. The takeaway here is that you can expect difficult life changes to take much longer to become automatic than 21 days. But if you have a bad day in the middle of it, don’t let it throw you off track. One botched day won’t have a lasting effect on how long it takes you to complete your goal.

What is takes for habit-forming

It’s not a one size fits all magic number. How long it takes you to form a new habit depends on the difficulty of the habit, and on you. Your motivation, your willpower, your circumstances, will all have an effect.

According to the New York Times business writer, Charles Duhigg, every habit has a three-part process. His 2012 book, The Power of Habit explores the science of habit-forming. Duhigg believes that habits must have a trigger, a routine, and a reward to become automatic behavior.

When a habit becomes automatic, your brain goes into sleep mode while performing it. This is how you can drive through traffic while listening to podcasts. You don’t have to be mentally aware of the process once it becomes automatic.

Duhigg stated that 40% of our daily lives are not made up of decisions, but of habits. Once you realize the importance of habits and begin to make positive changes, it becomes easier and easier. He found that habits can be contagious, and making a small change, like eating an apple every day leads people to adopt other healthy lifestyle factors. 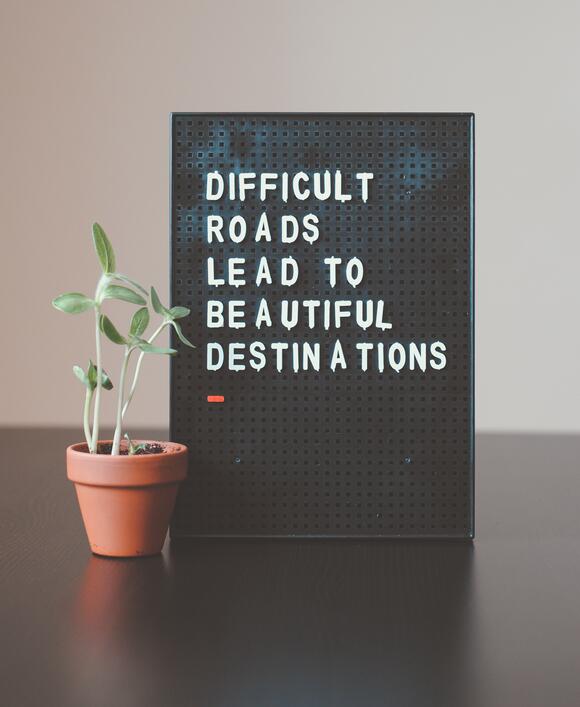 Why you shouldn’t be discouraged

It may seem disheartening to think the 21-day rule is not realistic, at least for difficult changes that make a difference in your life. But don’t let it discourage you. You should feel hopeful because all this research shows that you really can make changes. It’s not going to be an exact formula.

The science shows us that it’s possible to make a new habit automatic in your life. It’s probably going to take longer than three weeks. And if you have an off day, don’t beat yourself up. You can start again the next day knowing that you have not derailed your plans.

Think of the task of forming your new habit as a process. It’s a journey to get there, and you’re going to have setbacks along the way. It may take three weeks. It may take as long as eight months. But it’s not going to happen at all if you don’t get started. Today can be your day one.

(CHICAGO) Welcome to the daily roundup on Friday, December 3rd. Let's take a look at what's happening in the news today. First off, Gov. Pritzker says due to the Omicron variant and rising numbers, he has no plans to lift the state-wide mask mandate. Also, Chicago has been experiencing some unseasonably warm weather and a suburban Chicago homeowner has a creative idea for his outdoor Christmas decorations.

Save money with your holiday shopping (and help a worthy cause while you're at it) by getting a canvas bag full of coupons when you donate $25 or more to Plainfield Pride. A $25 donation to Plainfield Pride will net you coupons worth quite a bit more from some of the most popular retail shops and restaurants in Plainfield.

(CHICAGO) Welcome to the daily roundup on Wednesday, December 1st. In the news today, a needle device was found in the gas pump nozzle at a Chicago Ridge gas station, the overnight parking ban is on from tonight until April 1, 2022, and Chicago's top doc warns the Omicron variant will likely show up in the city, "very shortly."

For one night only, and a mere $25, Airbnb is offering up an overnight stay in the Home Alone house in the Chicago suburb of Winnetka. If spending the night in the sprawling, iconic Home Alone home sounds like a dream come true for you, get ready as the booking opens on December 7th at 1 PM CT. The entire night's stay in the home is only $25.

Like so many other items in 2021, real trees are in short supply in the Chicago area. The shortage of live Christmas isn't a new problem but has been going on for nearly ten years. It all began with severe droughts that occurred in the U.S. in 2011 and 2012.

Chicago charities reach out for help from the community after the holiday donations for local families go missing. In a real-life Grinch situation, donated gifts meant to go to needy children were taken just weeks before Christmas. A recent report from NBC5 Chicago details the disappearance of a 53-foot shipping container from a parking lot in Englewood. The container was filled with donations from various local groups and collected by the Kidz Korna organization.

(CHICAGO) Welcome to the daily roundup for Monday, November 29. What's happening in Chicago today?. Today is Cyber Monday, the day Americans sit at their desks and search for deals online. Early estimates put total spending to be between $10.2 billion and $11.3 billion.

Will a warmer than usual Lake Michigan mean a snowy winter for Chicago?

Heading into winter, the temperature of Lake Michigan's waters are well above average, which influences the weather in Chicago. A recent report from the Chicago Tribune highlighted the effects of climate change on Lake Michigan. This fall, the Chicago area experienced higher than average minimum temperatures.

(CHICAGO) After transitioning to a drive-through experience during the pandemic, Illumination: Tree Lights at The Morton Arboretum in Lisle is back on this year as a walking tour.

(CHICAGO) Welcome to the daily roundup on Friday, November 26. Let's take a look at what's happening in the city today. (Dylan LaPierre/Unsplash) It's the day after Thanksgiving, and Chicago shoppers are on the lookout for deals amid supply chain woes. In other news, an organized burglary occurred in Wicker Park and West Town stores overnight, prompting police to increase security to prevent the same thing from happening along the Magnificient Mile.

(CHICAGO) Welcome to the daily roundup this Wednesday, November 24. Let's look at today's top stories. It's the day before Thanksgiving in Chicago, and Americans everywhere are getting ready to stuff themselves full of turkey and side dishes. Take a break from your Thanksgiving preparations and check out what is happening in Chicago today.

Chicagoans can sample a taste of Tchibo, one of Europe's biggest coffeehouses, at its holiday booth starting Thursday, November 25. Choose Chicago Photo Courtesy of Ranvestel Photographic.

Thanksgiving is all about the sides: Which side dish is the favorite in your state?

If you live in Illinois, the answer is most likely going to be mashed potatoes, according to a survey by Zippia. (Pro Church Media/Unsplash) (CHICAGO) Turkey may be the main attraction for a traditional meal for many Chicago families. However, there are those among us that would argue, the side dishes are as important, (maybe even more) than the main dish.

(CHICAGO) Welcome to the daily roundup on an overcast Saturday, November 20. Chicagoans can expect a bit of a warmup today, with highs in the 50s. After the Kyle Rittenhouse verdict was announced, protestors gathered in Chicago, but the protests remained nonviolent.

If your idea of a fun Thanksgiving does not involve slaving over a hot stove, how about hiring someone to make your meal and deliver it to you?. Preparing an entire Thanksgiving meal for a crowd is stressful. You've got multiple dishes, different cooking times, and the stress of trying to get a turkey to come out at the same time as everything else.

It's the longest lunar eclipse in nearly 600 years, and it will be more than 600 years before it happens again. It's technically not a total lunar eclipse, but it very nearly is.

Chicago and its rat problem: Here's how to keep rodents out of your home this winter

For the last seven years, Chicago has topped Orkin's Top 50 Rattiest Cities List, and now a recent study from RentHop found Chicagoans have already made 60,054 rodent complaints this year.

(CHICAGO) Today is Monday, November 15. Welcome to the weekend's top stories that you might have missed. (Jonathan J. Castellon on Unsplash) It's a cloudy, snowy Monday in Chicago. Costo area warehouses experienced a data breach, someone is stealing from self-storage units, and how can families gather safely this Thanksgiving?