Have You Failed Your New Year’s Resolution Already? 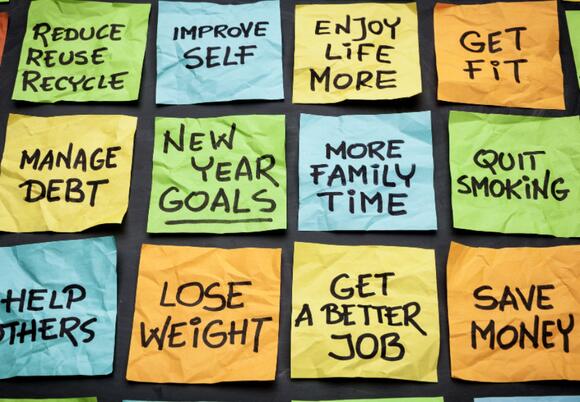 Most of us either set New Year’s Resolutions or intentionally choose not to set them. It is a rare person who does not intentionally do one of these two actions at the start of each new year.

We set them for all sorts of reasons, and likewise, choose not to set them for all different reasons. When I hear people say they don’t set them on purpose, I secretly wonder if it is because they have not had them work before — in other words, it may be better to avoid failure by not trying at all.

So, instead of falling down the rabbit and getting lost in considering what else we may be doing wrong, I want to focus on the sorts of resolutions that are most common and then look at what the research may help us understand to achieve them. Perhaps it may even allow us to succeed in some way, as the year is still young!

The problem comes when we take our experiences and generalize them in a way that seeks to address everybody’s experiences — that is a no-no! I may have trouble losing weight, but that does not mean that the same tip or trick that ultimately works for me will work for everybody. It likely will help some others, but with a sample of one (just me), it is tough to generalize or speak about it working. Who am I to tell you what you need to do because something worked for me!

I bet whatever resolutions you may have set, or intentionally chose not to set, involves one of those four. Hey, if we could be in better health, improve our relationships, grow personally, and learn more along the way, we would all likely consider this to be a good year!

Problems with These Common Resolutions

You may not be surprised to notice that most of these typical resolutions share the same thing. Namely, they are things we want to stop doing. We see our overdoing them as problematic or not fulfilling for us, and perceive this as wrong.

Think about it . . . I want to LOSE weight, I want to STOP SABOTAGING my relationships, I need to DROP bad habits, and STOP WASTING TIME not learning what I need to succeed. They are all focused on ceasing things we want to eliminate as if happiness comes from not engaging in negative behaviors.

At face value, these may all make sense to us, but the research from Martin Oscarsson and his colleagues suggests they suffer a common problem in their approach . . . they are all focused on avoiding something.

When we focus on avoidance, in other words, what NOT to do, then we focus on the problem itself and often fail at it as a result as there is not something positive built-in to our approach.

This is what I mean when I suggest that our goals themselves are failing us. The problem is often in our language about our goals, as focusing on the negative does not help reinforce the goal we are working toward.

This doesn’t mean not focusing on these goal areas — they are the most common ones for good reasons! Instead, it suggests we focus our efforts on them in a different way.

So, what is a more effective way of stating and thus achieving goals?

The study on New Year’s Resolutions found that those who set goals that were approach-oriented rather than those focusing on avoidance-oriented behaviors were generally more successful. The research identified helping people with goal-setting approaches, such as settings goals that were Specific, Measurable, Accepted, Realistic, and Time-framed (SMART), including milestones and check-ins, were most successful.

This means focusing on goals that DO better behavior or a successful future vision rather than goals that AVOID problematic behavior makes a statistically significant success.

Let’s see what this may mean in practice, perhaps with issues around weight. Having always struggled with weight issues, I get why these are the most common goals!

Avoidance-Oriented goals involve things such as, “I will lose weight this year” or “I will eat less” or even “I will lose 20 pounds by bathing-suit season.” They all focus on the negative behavior and are also somewhat vague and challenging due to their lack of specificity and avoidance of timelines. Even “bathing suit season” — what makes acceptable or successful progress toward that look like, anyway?

Approach-oriented will focus on the benefit to achieve, such as “I will eat five servings of fruits and vegetables and walk at least 30 minutes each day for the next five months to help me look better in my bathing suit.” The approach focuses on the behaviors to do, which, if done, will help lead to the positive result we ultimately intend.

The take-away is that if we focus on the behaviors to DO rather than the behaviors to AVOID, we may have more success in achieving our goals. What better way is there to achieve goals, i.e., New Year's Resolutions, than by focusing on the positive outcome instead of the negative behavior to avoid? One is positively-oriented, with the latter being less so.

The irony is they both have the same end in mind, or vision we have for ourselves, yet the language we use to approach them is quite different. The essence of success is how we frame them!

We are still early in the year, and thus not too late to restate whatever goals you may have created for yourself in more affirmative, approach-oriented language. This will help focus on the benefit and not the negative, and I bet it will help our success in achieving those goals that may have otherwise proven so challenging to reach!