Take a sip of these famous New Orleans cocktails 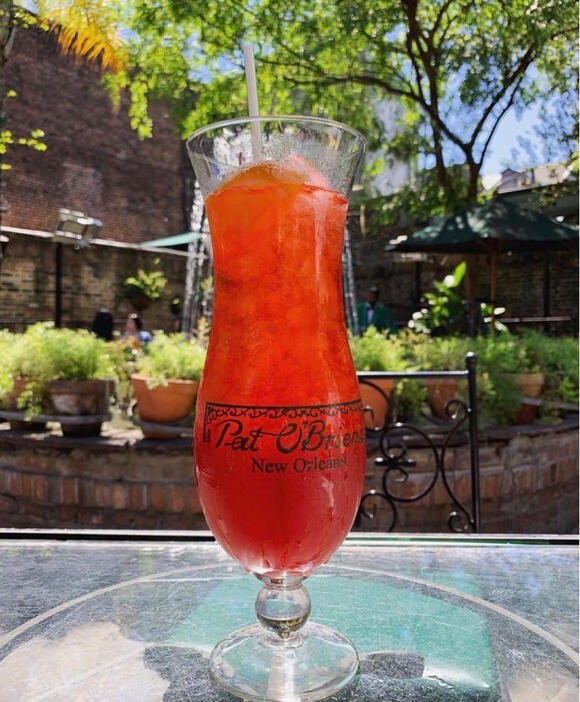 NEW ORLEANS, LA — The Sazerac comes with a history for New Orleans. Should we compliment Antoine Amédé Peychaud, who mixed the very first Sazerac in his Royal Street pharmacy sometime in the 1830s? Or should we thank Thomas Handy, an 1870s saloon owner?

But the real truth behind the Sazerac—the first cocktail to come together—is dark and murky. Yet, New Orleans isn’t wondering too much. They drink. The city’s traditional mixture—being shaken, stirred, savored, and served, in bars all over the town. Raise a glass to New Orleans’ past and a toast to some of the city’s more famous cocktails.

The story goes back to 1838. Creole apothecary Antoine Peychaud invented the Sazerac in his shop at 437 Royal Street. The name of the drink comes from Peychaud’s favorite French brandy, Sazerac-de-Forge et fils. Being the most famous cocktail in New Orleans, you can enjoy some Sazerac at the Sazerac Bar in the Roosevelt Hotel.

The most popular drink with visitors to the French Quarter may just be the sweet red Hurricane, served with big old cherry and a juicy orange slice. The name for the drink came from the glass it’s served in that resembles a hurricane lamp. This drink was created with rum at Pat O’Brien’s bar during World War II when whiskey was hard to come by.

Café Brulot Diabolique, or “Devilishly Burned Coffee,” was invented at Antoine’s Restaurant in the late 1880s by Jules Alciatore, the son of the restaurant’s founder. Alciatore was inspired by French bon vivants who would drown a sugar cube in Cognac and place it over an open flame before extinguishing it in a cup of hot coffee.

A Vieux Carre (pronounced VOO-kar-A) is a classic New Orleans cocktail that embodies the same timeless simplicity as the world-famous French Quarter neighborhood for which it was named after. It was created in 1938 by the historic Hotel Monteleone’s head bartender Walter Bergeron. The cocktail’s effortless execution includes part whiskey, part cognac, vermouth, and an assortment of bitters.

Which one would you like to try the most?

Celebrate Halloween with Krewe of Boo

NEW ORLEANS, LA - Parade is the main feature in every celebration in New Orleans, including Halloween. This year, the fantastic Halloween parade is back. The 2021 Krewe of Boo is scheduled for October 23, starts at 6:30 p.m. All people are welcomed to join this spooky festivity.

ABITA SPRINGS, LA - The Annual Abita Fall Fest will be held on November 6, 2021, from 10:30 a.m. to 7:30 p.m. the festival takes place at Abita Springs Trailhead. The event is created to celebrate and display Abita Springs’ rich heritage. Aside from that, the festival’s purpose is to educate and attract visitors.

METAIRIE, LA- Jambalaya is a rice dish native to the Louisiana Cajun and Creole people. It usually consists of rice, cooked usually with ham, sausage, chicken, shrimp, or oysters and seasoned with herbs.

NEW ORLEANS, LA - Plumbing is essential in daily life since not everyone lives near the water source, and modern humans use water more often than before. Yet, when you live near a major waterway, its importance becomes bigger, mainly because wastewater pipes and fixtures are the primary concern of distribution and use of water in a building.

THIBODAUX, LA - The Firemen’s Fair is back in town. The fair is scheduled for October 21 to 24, 2021, and takes place at Thibodaux Fire Department Fairgrounds, 1101 Tiger Drive. The fair has grown into one of the family’s favorite events in Louisiana. Annually, the free fair attracts around 50,000 people and raising hundreds of thousands of dollars for the local fire department.

New Orleans, LA- The Tangipahoa Parish official has announced that it is opening a new POD (Point of Distribution) for Hurricane Ida recovery. Today, August 31, at 8:00 am, the PODs will be opened to provide citizens with ice, water, MREs, or Meal, Ready-to-Eat, which is a kind of field ratio. The PODs will also provide tarps.

SLIDELL, LA - On Tuesday, September 7, the “Up Close and Musical” concert is back. This time, a musical group named T’Monde performs and entertains the visitors. The concert will take place at The Lobby Lounge at The Harbor Center, 100 Harbor Center Boulevard, Slidell.

NEW ORLEANS, LA. – As Hurricane Ida devastates New Orleans, some of the most prominent New Orleans citizens have been making statements regarding a donation to the city's settlers. The newest came from New Orleans Saints' owner, Gayle Benson.

NEW ORLEANS, LA. – On August 26, Arlene Tranchina of Laplace, La. has been pleaded guilty to one count of wire fraud, per U.S. Attorney Duane A. Evans. Tranchina pleaded her fault in front of United States District Court Judge Wendy B. Vitter in the Eastern District of Louisiana on Wednesday, August 25.

New Orleans, LA.- The Sewage and Water Board of New Orleans has announced that several sewage pump stations are experiencing power outages. The power outages are linked to the incoming Tropical Storm Ida.

ST TAMMANY, LA - Water that comes from the rain is called stormwater. The water that doesn’t soak into the ground becomes surface runoff. The surface runoff then flows into either surface waterways or storm drains and is released into surface waters later on.

BATON ROUGE, LA — Nowadays bail bond agencies have become more critical regarding taxation growth and other monetary methods in America. Those agencies or corporations will act as a surety while pledging money or property as bail for a defendant's appearance in court.

ABITA SPRINGS, LA - Celebrate Labor Day weekend with Moonshadow Festival, a festival of art, music, and wellness. The event will be held on September 4 and 5, 2021, and takes place at Abita Springs Be & Be, 75368 Moonshadow Lane.

The 21st Annual Tree School is back on September

METAIRIE, LA - Friends of Jefferson the Beautiful presents the 21st Annual Tree School. The event is scheduled to be on Thursday, September 23, 2021, from 8 a.m. to 4 p.m. and takes place at Jefferson Performing Art Center, 6400 Airline Drive.

ABITA SPRINGS, LA - The Women’s Center for Healing and Transformation in Abita Springs present an online event for women. The event, Abundance Evening with Lillian Savoie of Awaken Charge will be held on Thursday, September 2, 2021. It starts from 6 p.m. to 8 p.m. Central Time and will be presented via Zoom.

ST. TAMMANY, LA - The President of St. Tammany Parish, Mike Cooper, monitored the river conditions after Hurricane Ida. He urged all residents to take precautions and remain vigilant, especially those who are living nearby the rivers that flooded back in 2016. Residents are encouraged to monitor both the river levels and weather forecasts.