How Many Bourbon Barrels Are Aging In Kentucky? Number + Industry Taxes Growing 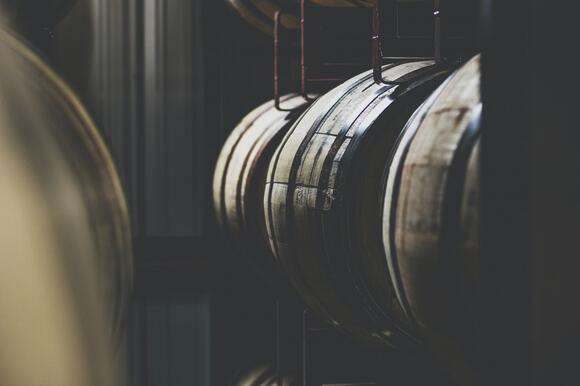 How many Bourbon Barrels Are Aging In Kentucky? The Kentucky Distillers’ Association (KDA) recently announced that for the first time in the modern era of American whiskey, Kentucky has 10 million barrels of bourbon aging in distillery warehouses across the Commonwealth.

Seriously — how insane is that, y’all? That’s more than double the Kentucky population of humans!

Kentucky’s legendary distilling industry also set new production records for the number of Bourbon barrels filled in a single year – nearly 2.5 million – and for the total number of all aging barrels including other spirits such as brandy, at nearly 11 million. These numbers are for calendar year 2020.

“Kentucky’s signature Bourbon industry continues to invest in our Commonwealth at unprecedented levels, despite global pandemic disruptions, exorbitant taxes and ongoing trade wars,” said Eric Gregory, President of the Kentucky Distillers’ Association. “This is truly a historic and landmark record.” But that milestone comes with a cost, Gregory said.

Distillers will pay a record $33 million in aging barrel taxes in 2021. Kentucky remains the only place in the world that taxes aging barrels of spirits as part of the production process, a discriminatory tax that hampers growth and jeopardizes the state’s ability to attract new distillers.

Barrel taxes have catapulted 140% in the last 10 years alone, Gregory said. “The Bourbon industry is investing more than $5 billion in this state to increase production, build innovative tourism centers and create thousands of new jobs,” he said. “But punitive barrel taxes are punishing this growth and harming our chances to land new distilleries.

“It’s time for the legislature to take action and make barrel taxes refundable or transferable, which will further incentivize distilling investment in the Commonwealth. Kentucky should not have a tax structure that penalizes growth and investment on any manufacturer.”

The new production numbers are based on inventories reported as of Jan. 1, 2021, submitted to the Kentucky Department of Revenue for tax purposes and includes all distilling companies in Kentucky, the vast majority of which are KDA member distilleries.

The previous records for all three categories were set in calendar year 2019 and reported on Jan. 1, 2020. The Kentucky Bourbon revolution has seen tremendous growth since the turn of the century. Production has skyrocketed 436% since 1999. The state’s aging bourbon inventory has increased 200% during that time while the total number of all barrels has nearly tripled.

The tax-assessed value of all aging barrels is now $4.4 billion, the first time it has surpassed the $4 billion mark and a staggering $589 million increase over the previous year.

And it could get worse – the E.U. tariff on American whiskey is set to double to 50% on Dec. 1.
The KDA recently joined a coalition of 50 trade associations representing the entire three-tier chain of the U.S. alcohol industry in a letter to Secretary of Commerce Gina Raimondo and Trade Ambassador Katherine Tai urging the Biden administration to secure the suspension of tariffs on American whiskey.

The KDA is a non-profit trade association founded in 1880 to promote, protect and elevate Kentucky’s signature Bourbon and distilled spirits industry. Visit www.kybourbon.com and www.kybourbontrail.com to learn more.

Bundle up and head #belowwhiskeyrow where the team at Hell or High Water has just unveiled its fall cocktail menu. This season’s menu celebrates the flavors of fall with cocktails developed by Hell or High Water’s beverage director James Siegel.

Have Thanksgiving Dinner At One Of Downtown Louisville's Best Restaurants

Hey, y'all! Intimated to cook Thanksgiving dinner at home? Let on of Louisville's best restaurants, Proof on Main, and Executive Chef Jeff Dailey do the cooking for you!. Have Thanksgiving Dinner At One Of Downtown Louisville's Best Restaurants.

Hey, y’all! Louisville is chock-full of amazing restaurants – and amazing chefs. The chefs that populate Derby City make it the culinary epicenter that it is. Recently, I had a chance to sit down with one of the city’s best to chat about his career and new role at Proof on Main. I hope you will enjoy reading my Interview With Chef Jeff Dailey.

Cardinal Stadium club will be named to honor Angel's Envy in appreciation of the generous gift. Angel's Envy, the Louisville-based craft distiller that produces small batch, finished whiskeys, has agreed to a $4 million naming rights deal with University of Louisville Athletics.

A One Ounce Pour of Bourbon for $600? Only In Kentucky!

In Kentucky, we make record-breaking sales in two industries: bourbon and horses. However, the most recent sale of Van Winkle Family Reserve 15-yr sets the bar higher than ever before.

Hey, y’all! If you’re a regular here on the blog, you know that Shelby County, Kentucky is one of my – if not my – favorite communities in the Commonwealth. It’s chock-full of southern charm and hospitality, boasts great shopping, and is perfectly situated between Louisville and Lexington. On my recent trip to Simpsonville, I discovered my new favorite spot in town and I’m tickled pink to share it with y’all today: Little Mount Lavender. I know y’all are going to love it!

Mums, Pumpkins, And All Things Fall In Kentucky

Hey, y’all! While (in my completely biased opinion) all seasons are lovely in the Commonwealth of Kentucky, there’s something special about Autumn. The colors in the trees, a crisp breeze in the air, the sight of locally-grown pumpkins and mums. I love it. There are many fabulous places to celebrate fall this year, but I’m excited to share how to best Celebrate Fall In Hart County, Kentucky with y’all today: a visit to Dennison’s Roadside Market!

Hey, y’all! Pimento cheese is sometimes referred to as the “pâté of the south” and/or the “caviar of the south”. While it is certainly both of those things, it is also – simply put – my favorite food. As such, I’m excited to share Kentucky's Best New-to-Market Pimento Cheese (and the creator) with you today.

Hey, y’all! There are few things that I love more than experiencing a new restaurant. While there are still a few restaurants that are new-to-me in the city, that list is becoming smaller and smaller. That said, I was elated to try CC’s Low Carb Kitchen in Downtown Louisville last weekend. The best part? While the food and drinks were delicious, we got to enjoy them with an intimate, entertaining drag show — one of the best that I’ve been to in years!

Last week, I had the chance to attend the final Wine Dinner Series of the summer at Swizzle in Louisville, Kentucky. It was a wonderful dining experience from start to end – each course was expertly-curated and paired with delicious wine. I want to commend the kitchen and the organizers of the event for top-notch execution. I’m hoping they bring back the series next summer; that said, get excited: they are launching a Bourbon Dinner Series in the fall (but more on that later). To understate: the Wine Dinner Series at Swizzle was a night to remember!

Louisville has, undeniably, one of the best food scenes in the region — and certainly the highest-acclaimed in the Commonwealth of Kentucky. However, there’s one thing that I think we’ve always missed the mark on: late night dining. I say this largely due to the fact that the city has a nocturnal culture, with many institutions open until 4 AM. Whether you are looking for a late night bite, or a meal at a more common hour, I’m excited to introduce y’all today to your new go-to spot: Lucky Leopard Pizza. I’m already planning my return visit!

Dinner and a Murder Mystery: Dine and Investigate This Week At The Kentucky Castle

Enjoy dinner and entertainment this week at one of Kentucky's most beautiful properties: the Kentucky Castle!. While delicious food is to be expected at the Castle, don't get too comfy during this experience. Why? While dining, Murder and Merriment - the Castle's Murder Mystery Dinner Theater Team - will submerge you in a story and leave you saying "Who Did It?"

TNT - Paducah Prepares To Rock Out At Touchdowns and Tunes Tailgate Party. Entering its 4th year, TNT has grown exponentially and shows no signs of slowing down. Featuring two stages with over 25 artists, multiple attendee experience zones, and oversized LED screens throughout the grounds displaying college football games, Touchdowns and Tunes Tailgate Party truly has something for everyone!

Get Ready For This Year's Abbey Road On The River

Immerse Yourself In The Arts: Time Slip Theatre Launches in Louisville with "Murder Ballad"

The arts scene in Bourbon City is profound and ever-growing. The newest addition? Time Slip Theatre!. Immerse Yourself In The Arts: Time Slip Theatre Launches in Louisville. “We are so excited to be here and be a part of this vibrant and rich arts scene of Louisville,” said Board President Michael Detmer. “Time Slip is going to do amazing things – whether it be creating exciting and engaging productions or working with students after school. There are so many great things on the horizon, and we’re exceedingly grateful for the support we’ve already received.”

Many of our beloved businesses in Louisville give back - a recent example is Emmy Squared, a popular spot for pizza in NuLu. Popular NuLu Pizza Restaurant Joins Company-Wide School Supply Drive.

A Baby Wildebeest Born In Kentucky? See For Yourself at Dutch Country Safari Park in Horse Cave!

A Baby Wildebeest Born In Kentucky? See For Yourself at Dutch Country Safari Park in Horse Cave!. Yes, you read that headline correctly. There's a new baby in the Commonwealth - and it's a baby Wildebeest!