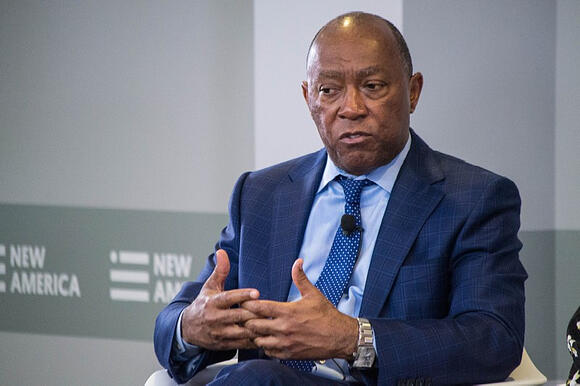 HOUSTON, TX — On Wednesday, Mayor Turner announced the appointment of Laura Patiño as interim Chief Resilience Officer. She will remain in the role while the City conducts a search for a permanent CRO.

Since November 2018, Patiño has served as Recovery and Resilience Chief of Staff with the City of Houston.

During the time, she was partnered with Chief Recovery Officer Stephen Costello to facilitate the implementation of over $1B in funds for several programs, including Hurricane Harvey Disaster Recovery programs, Resilient Houston and others that align with Mayor Turner's Climate Action Plan.

Mayor Turner said that Laura is a good fit for this interim role. "She has a breadth of knowledge of the ongoing work in the Resilience and Recovery Offices, and I have full confidence that she will continue the great work and focus on goals that align with my administration's priorities," he explained.

The interim appointment follows the departure of Marissa Aho, whom Mayor Turner appointed in February 2019 as the first person to serve in the position. Meanwhile, the search for a permanent CRO is underway.

During her tenure as CRO, Aho created and launched Resilient Houston—a comprehensive strategy that set a bold yet clear vision for preparing, supporting and uplifting all Houstonians by implementing creative solutions to address the complex challenges faced in diverse neighborhoods.

The Chief Resilience Officer for the City of Houston leads resilience building for the city, while Mayor Turner is the Chair of the Resilient Cities Network.