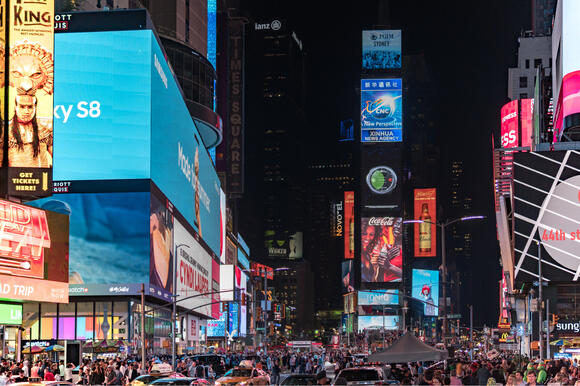 HOUSTON, TX — Ike Smart City, LLC is planning to install 800-pound and 8-foot tall digital billboards in Houston without adjacent landowners’ permission. The City Council is scheduled to vote back this summer on a contract that would allow the company to install the billboards.

Cooke Kelsey of Scenic Houston Advocacy Committee stated that the actions “will destroy decades of work to end the visual blight.”

This action will set back the work of former city council members who helped limit billboards and outdoor advertising along the highways back in 1965. He said, “Houston has gone from having more than 10,000 billboards in 1980 to less than 2,000 billboards today.”

“To give Ike Smart City this type of unprecedented autonomy, Council will also have to vote to amend the city’s existing sign code, a move that will eviscerate Houston’s 40-year ban on the construction of new billboards,” he added.

Cooke stated that without the landowners’ permission, local small businesses might be impacted. He said, “Not only will they have their storefronts blocked by ugly super-bright digital billboards, they will also not be able to do anything about it or receive just compensation for it.”

Not only will businesses get negative effects from these billboards, but Cooke also says that the public’s right to privacy might be affected. He said, “Designed about a decade ago by Sidewalk Labs, a Google subsidiary, these digital billboards have the capability of gathering data from passing smartphone signals.” Fortunately, Google has abandoned this technology, but a few companies still have this practice.

Cook also mentioned that “Scenic Houston strongly opposes this plan”. He encourages people who also disagree to tell council members to stop this.