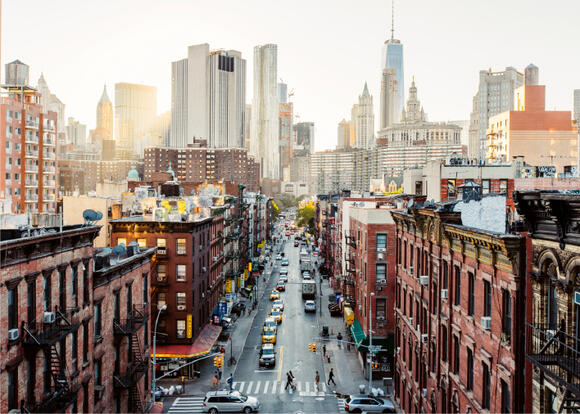 But what about the neighborhoods off the beaten path? The ones that aren't quite as well-known to visitors, but are just as worthy of exploration?

Here are six NYC neighborhoods that you can explore on your next trip to the city:

Chinatown is one of the most iconic and well-known neighborhoods in New York City. It's also one of the oldest, dating back to the mid-19th century when Chinese immigrants first began moving here. Today, Chinatown is known for its vibrant culture, delicious food, and lively atmosphere. It's a great place to spend an afternoon (or an entire day!) exploring.

2. The Lower East Side

The Lower East Side is another historic neighborhood with a rich immigrant history. Like Chinatown, it was once home to a large population of Jewish immigrants. Today, the neighborhood is known for its eclectic mix of residents, hipster bars and restaurants, and trendy shops. It's the perfect place to explore if you're looking for something a little different from the typical NYC experience.

Greenwich Village is one of the most famously liberal neighborhoods in New York City. It's been home to a number of important political and cultural movements throughout history, including the Beat Generation, the Civil Rights Movement, and the Gay Liberation Movement. Today, Greenwich Village is known for its bohemian atmosphere, vibrant nightlife, and eclectic mix of residents. If you're looking for a neighborhood that's full of character, Greenwich Village is definitely worth exploring.

SoHo is one of the most fashionable neighborhoods in NYC. It's home to a number of high-end shops and boutiques, as well as art galleries, museums, and restaurants. If you're looking to do some serious shopping (or just window-shopping), SoHo is the perfect place to explore.

Brooklyn is the most populous borough in New York City, and it's full of interesting neighborhoods to explore. From hipster Williamsburg to historic Brooklyn Heights, there's something for everyone in this borough. If you're looking to get away from the hustle and bustle of Manhattan, Brooklyn is a great place to visit.

The Bronx is the northernmost borough in New York City, and it's home to a number of different neighborhoods. From the hip-hop culture of the South Bronx to the Italian-American community of Little Italy, there's a lot to explore in this borough. If you're looking for a taste of real New York City life, the Bronx is definitely worth a visit.

Whether you're interested in history, culture, food, or shopping, there's sure to be a neighborhood that will appeal to you. So next time you're in New York City, be sure to explore some of these areas. You might just find your new favorite part of the city!

Windows OS: Trends and Statistics for 2022

In comparison to its greatest rival, macOS, Windows OS dominates the desktop operating system market internationally. To find out which Windows OS version is the most popular and how it compares to the competition and earlier versions, check out the most recent Windows OS sales figures.