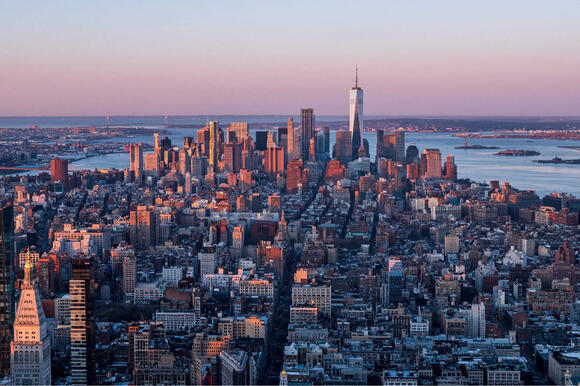 Times Square is one of the most iconic places in New York City. It's a great place to people watch, do some shopping, and see the sights. Be sure to take a picture in front of the giant billboards and check out the famous Broadway theaters.

Central Park is a must-see when you're visiting New York City. It's huge - at over 800 acres-so you could easily spend an entire day exploring it. Take a stroll through the park, rent a bike, or go for a rowboat ride on the lake. And be sure to visit some of the park's landmarks, like Bethesda Fountain and The Dairy.

3. The Metropolitan Museum of Art

The Metropolitan Museum of Art is one of the largest and most famous museums in the world. With over two million works of art, you could easily spend days here. But even if you only have a few hours, it's worth it to see some of the highlights, like the Egyptian art collection or the European paintings.

Rockefeller Center is a complex of 19 commercial buildings in Midtown Manhattan. It's home to NBC Studios, the Top of the Rock Observation Deck, and Radio City Music Hall. There's also a lot of great shopping and dining in the area.

5. The Statue of Liberty National Monument

The Statue of Liberty National Monument is one of the most popular tourist destinations in New York City. Take a ferry to Liberty Island to see the statue up close, and then visit Ellis Island to learn about the immigrants who came to America through New York.

The Brooklyn Bridge is one of the oldest suspension bridges in the United States. It's a great place to walk or bike, and you'll get some amazing views of Lower Manhattan and the East River. Influencers love to take pictures here, so make sure to get your camera ready.

The High Line is a public park built on an abandoned elevated railroad track. It's a great place to take a stroll, people watch and enjoy the views of the city. And if you're feeling adventurous, you can even zip line down the length of the park.

The World Trade Center Memorial is a tribute to the victims of the 9/11 terrorist attacks. It includes two reflecting pools, the names of the victims inscribed around the edge, and a museum with artifacts from the attacks. It's a very moving and sobering experience, and something everyone should see while they're in New York City.

Broadway shows are a New York City institution. And even if you don't have time to see a show, it's worth it to walk around the theater district and see the famous marquees.

Whether you're visiting for a few days or a few weeks, there's plenty to do in New York City!