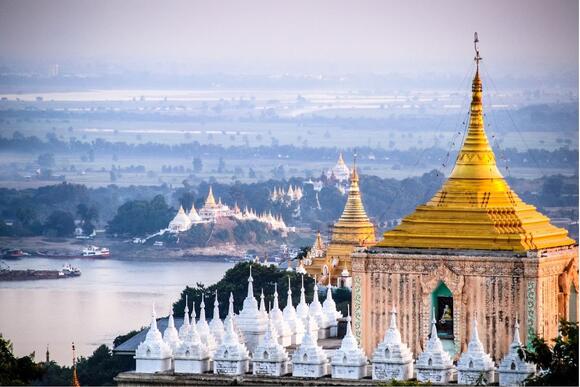 Monuments can be found in all shapes and sizes, but each one is special in its own way. They're important because they remind us of our history and heritage, and they offer a glimpse into different cultures. Here are seven monuments to visit around the world.

The Parthenon is a temple that was built in the 5th century BCE to honor the goddess Athena. It's one of the most iconic landmarks in Athens with its impressive columns and grandiose size. The temple was damaged over the years by earthquakes and wars, but it has been beautifully restored and is now a popular tourist destination.

Chichen Itza was a major city of the Maya people and one of the largest Maya cities that still exists today. The most famous landmark at Chichen Itza is El Castillo, a pyramid that stands over 30 meters tall. Every year, on the spring and fall equinoxes, the sun shines directly on the pyramid and casts a shadow in the shape of a serpent.

The Moai statues are some of the most recognizable landmarks in the world. These monolithic human figures were carved by the Rapa Nui people and erected all over Easter Island. There's still much mystery surrounding these statues, but they continue to fascinate visitors from all over the globe.

Akshardham is a Hindu temple that was built in 2005. It's one of the largest temples in the world and it's absolutely breathtaking. The temple is adorned with intricate carvings, beautiful fountains, and stunning gardens. Akshardham is truly a work of art.

6. The Great Sphinx of Giza, Egypt

The Sphinx of Giza is a limestone statue of a mythical creature with the head of a human and the body of a lion. It is located in Giza, Egypt, and is one of the most famous monuments in the world. The Sphinx is believed to have been built around 2500 BC and is the oldest monument on this list.

7. The Statue of Liberty

The Statue of Liberty is one of the most iconic monuments in the United States. A gift from the people of France, it has stood overlooking New York Harbor since 1886. The monument includes a copper statue of Libertas, the Roman goddess of freedom, as well as a pedestal and base. The monument is located on Liberty Island, and visitors can take a ferry from Battery Park to reach it. The Statue of Liberty is one of the most popular tourist destinations in New York, and it is also a popular site for special events such as Fourth of July celebrations. The monument is open to the public every day except for Christmas Day.

8. The Temple of Artemis

The Temple of Artemis was one of the Seven Wonders of the Ancient World and is one of the most impressive ancient monuments still standing today. It is located in present-day Turkey and was built in the 6th century BC. The temple was dedicated to Artemis, the goddess of the hunt.

Monuments are important because they show the history and culture of a particular area. They can also be used to commemorate important people or events. Monuments can mean different things to different people, depending on their cultural background. For some, they may represent a place of great historical significance, while others may see them as beautiful works of art. Each of these landmarks is unique and fascinating in its own right.