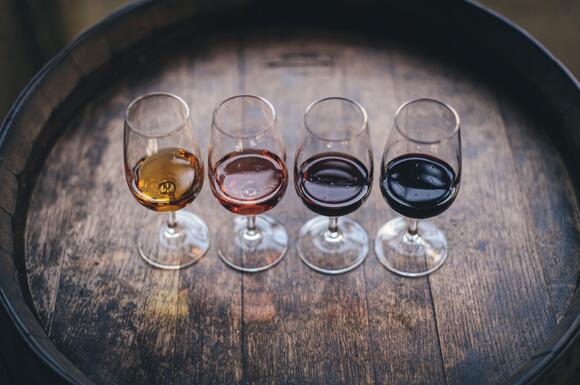 Valley Bar & Bottle, the newest addition to the downtown Sonoma square, looks out of position in its surroundings.

In a city where most restaurants cater to visitors, Valley’s backyard is filled with winemakers on any given night. Unlike several local restaurants and stores, which stock their shelves with Sonoma County wines, Valley treats all wines equally. Valley has unapologetically dipped its toes into the waters of natural wines and esoteric vine varieties, amidst a field of relentless Pinot Noir and Cabernet Sauvignon. When you’ve had your fix of Russian River Pinot, come here for rust-colored Swiss rosé, orange wine from the Czech Republic, and earthy reds from northern Italy’s mountains.

Valley is a challenge because it risks not offering visitors what they came to Sonoma for and offending the local establishment, which has an unspoken duty to serve only Sonoma wines. Valley’s decisions, on the other hand, pay off. Valley’s audacity is part of what makes it such a pleasant spot to eat and drink.

But, in my opinion, a destination deserving of a trek is Valley, which has stunning, fulfilling food and a wine list with a special point of view. And living in Wine Country at this time of year, also in the midst of a pandemic, is exhilarating — cruising through vineyards as buds begin to bust through, sitting over dinner outdoors as the wind warms and the light lasts a little longer. You may also sound like a visitor as a result of it.

It’s not the Valley isn’t worthy of Sonoma. It does, with products from local farmers and bottles from Gail, Unturned Stone, and Martha Stoumen, among Sonoma County’s edgier, mostly natural-leaning growers. There’s a feeling of being anchored in location but still gazing outward to the broader universe.

Emma Lipp and Lauren Feldman, two of the founders, have created a fusion of Sonoma identity and contemporary edge. Both grew up in the Wine Country then went on to work at forward-thinking New York restaurants like Estela and L’Artusi. Despite the fact that they didn’t meet each other at the moment, they both internalized a shared belief in New York’s high-end restaurant scene: that California wines are jammy, overblown fruit bombs, a Hollywoodized iteration of the subtle, savory European archetype.

When they returned to California to work at Scribe, Sonoma’s hippest winery, the two became friends and explored a whole new world in California wine. Feldman, a sommelier, had an ah-ha moment in 2010 when she sampled a bottle of Arnot-Roberts Trousseau. The Trousseau, which was inspired by the delicate reds of France’s alpine Jura area, seemed to defy many of California’s fruit-bomb tropes.

Valley’s pre-pandemic image was based on the Parisian cave à manger: a decidedly casual venue for wine and treats — part pub, part grocery store, and most likely the kind of place that sells natural wine and tinned cod. It’s a movement that’s catching on in the Bay Area, as demonstrated by sites like Ordinaire, Verjus, and Habibi.

It’s clear to see why Valley is drawing the interest of the local wine industry. We don’t need to travel to Sonoma to drink natural wine and eat fancy anchovies, particularly those of us who live in the Bay Area’s more urban enclaves like San Francisco or Oakland.

For the time being, the pandemic has put an end to the kind of spontaneity that a cave à manger necessitates. Feldman and Lipp, who have two other partners in the company, Tanner Walle and Stephanie Reagor, had to transition into a more formal, full-dinner kind of style after opening Valley in July. Snacks from the bar were no longer a choice. Reservations have been made in advance.

Photo by Maksym Kaharlytskyi on Unsplash

Photo by Klara Kulikova on Unsplash

Photo by Jassy Onyae on Unsplash