The Pandemic Is Leaving a Trail Of Racism Behind 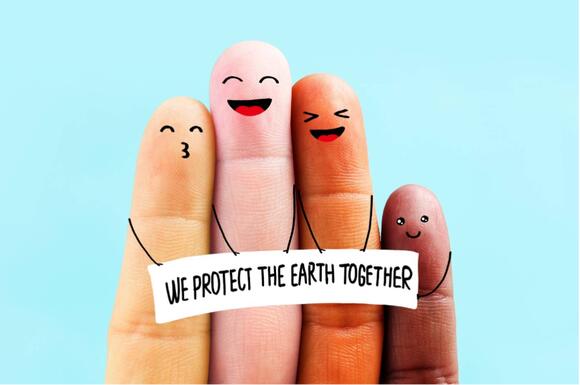 On Tuesday, a 52-year-old Asian American woman was assaulted in front of a New York City bakery in what seems to be the newest in a shocking pattern of inequality against Asian Americans since the onset of the pandemic, according to the family of the survivor.

The victim got 10 stitches in her head, according to well-known actress Olivia Munn, a close friend of the victim’s daughter.

Munn said on Twitter, “My friend’s mom is a 5'3” 50+ Chinese woman and she was attacked.” She shared photos of the perpetrator to try and identify him. At 2 PM on Tuesday at a shop on Roosevelt Avenue in New York, the woman was standing in line when a man jumped her and knocked her to the pavement, causing her to perforate her skull, authorities said.

According to eyewitnesses, the New York man shouted among other things: “Get the ***** out of my way!” Thereafter the man continued to pursue this assault.

In a Facebook post, the woman’s daughter, Maggie Kayla Cheng, posted her mom was thrown with such intensity that she struck her head on the concrete and passed out on the pavement.“Hate crimes against [Asian] Americans have become so bad that in just the past week a 91-year-old Asian American was attacked from behind as he walked down the street in Oakland, an 84-year-old Thai American was murdered in San Francisco, a 64-year-old Vietnamese American woman was assaulted in San Jose and a Filipino American man was slashed in the face in Manhattan,” Munn shared on Facebook.

Xenophobia on the Rise Against Asian Americans

An increasing public debate on anti-Asian and Asian-American inequality has centered on recent targets on elderly Asian victims, with the latest events occurring about a year after the coronavirus pandemic unleashed heightened vitriol for people of Asian origin around the country.

Vicha Ratanapakdee, 84, passed away last month, only two days after the Thai gentleman was knocked to the floor while walking in San Francisco. Days later, a second occurrence saw a 91-year-old man assaulted aggressively while walking in the Chinatown of Oakland, the latest in a long line of recorded physical assaults and robberies in the Bay Area targeting Asian men and women.

Stop APPI Hate released a report on hate crimes against Asian communities in the United States. “Between March 19, 2020 (when Stop AAPI Hate began collecting reports) and December 31, 2020, Stop AAPI Hate received over 2,808 firsthand accounts of anti-Asian hostility from 47 states and the District of Columbia,” the report states.

What Caused the Recent Spike in Asian American Xenophobic Incidents?

Many connect the 2020 uptick to Biden’s predecessor’s demagoguery; former President Trump commonly referred to COVID-19 as “The China Virus,” blaming the pandemic on the nation. In doing so, Trump has pursued a lengthy American history of using viruses to explain anti-Asian xenophobia, which goes back to the 19th and 20th centuries and has re-enabled a view of Asian Americans as “perpetual foreigners.”Some researchers argue that the Black Lives Matter movement may have taken the spotlight away from xenophobia towards Asian Americans. This view is influenced by a complex and dynamic past in the U.S. between the Asian American and Black cultures, which involves both unity and interracial violence, such as the Third World Unification Front, which helped establish equitable educational opportunities for students of color and the development of ethnic studies. There is also a case where it takes away from understanding that injustice is a product of white oppression to spread anti-Black rhetoric or emphasis on interracial violence at this moment.

CEOs and Public Figures are Speaking Out on the Inequality

Still speaking out are several famous Asian-American stars. Daniel Wu and Daniel Dae Kim propose a $25,000 reward for a conviction in a single assault in the Bay Area.

Vice President Kamala Harris also spoke out against the spike in xenophobic incidents to get equality in the country.“Hate crimes and violence against Asian Americans and Asian immigrants have skyrocketed during the pandemic. That’s why our Administration has taken actions to address these xenophobic attacks. We must continue to commit ourselves to combating... ...discrimination,” Harris posted on her social media feeds.

What Can We Do to Bring Equality to the Asian Community?

The Stop AAPI Hate co-founder, Jeung, argues the only ways to curb racial attacks are group actions and cohesion. In San Francisco and Oakland, he engaged in a racial peace rally and helped promote walks around Chinatown, where people stroll to provide vendors and senior citizens with a sense of protection and comfort.“We know we need that this is an issue that affects all our communities, and we have to break the cycle of violence,” Jeung remarks. “And we’re calling not necessarily for more punitive measures but restorative justice models that break the cycle of violence, ethnic studies to teach people about racial solidarity, community mediation efforts to not only hold people accountable but to work together to resolve issues.”

Assaults against Asian Americans are on the rise and we need to bring awareness to it as the country needs equality now more than ever. We must continue to dedicate ourselves to fighting bigotry and xenophobia that the pandemic and previous administration have left behind us.

I leave you with a statement from Jeung:

“It is up to all of us — businesses, the government, and community partners — to come together and immediately support victims and families affected by these incidents, and work together to create long-lasting solutions that empower our communities with resources, support, and education.”

Although government likes to brag about California, there are some places in California that remain Covid hotspots. According to government data, California has the lowest coronavirus case rate of any state, highlighting the continuing fight against the highly contagious Delta variant.

Bathroom stall toilets were pulled out. Backpacks filled with plastic cafeteria forks were pulled from the walls, as were electric hand dryers. The contents of the COVID-19 test dispensers had run out.

If you don’t have proof of vaccination you might not be able to go to your Dodgers, Rams, and Chargers games. “Cali’s getting spanked back in line,” one Twitter user wrote.

Blake Treinen, a reliever for the Los Angeles Dodgers, was an All-Star with the Oakland Athletics in 2018. Thanks to his blazing fastball and expert-level slider, he has a 2.01 ERA and 78 strikeouts in 67 outings.