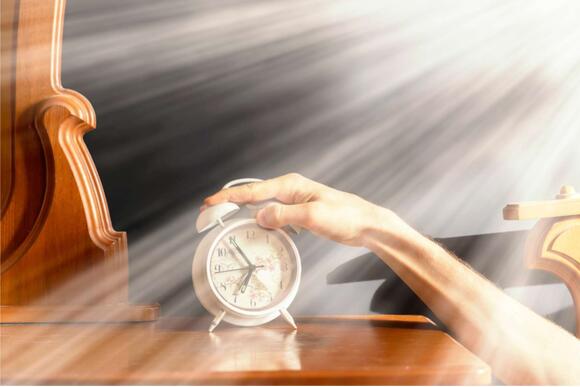 I would still not say I'm a morning person in general, so it's kinda hilarious that I'm writing this article. In fact, I liked to sleep in for the first 23 years of my life, and to be frank, I still appreciate it to this very day once in a while.

It is no surprise, though, that many top achievers get up early so that they can capture a foothold on everyone else. So, I soon noticed that I left a lot of opportunities on the table as a businessman because I simply began my workday later than I intended.

Our brains like consistency, a great way to start being consistent with your daily routine are by creating an intelligent goal-oriented schedule.

Ease into it. Do not overdo yourself. You will fail. I have failed so many times if I jump into the deep end.

Your body needs to adapt to a lot of vital processes including the regulation of multiple hormones. Like anything worthwhile in life, good things come with practice and time. I started with baby steps by setting an alarm 30 min earlier every day over the course of a week.

Do not set your favorite song as an alarm

Do not set your favorite song as an alarm; you will start hating it. Tried and tested. Never again. Sorry, Lady Gaga. Using the same song to wake you up creates a cycle of morning hatred. The cycle will stop if you turn to another album, leaving a trail of broken songs in its path, and it will take several months for you to reclaim the excitement of these songs. (This all goes for ringtones as well.)

Try something abstract, a kind of music that you wouldn't usually listen to for fun, but which brings back good memories, maybe an advertising jingle or game soundtrack, if you ever want a customized warning. Another option is to try an album that you wouldn't necessarily listen to but has some appeal for your curiosity.

Use the 5-second rule

Nothing beats the feeling of cuddling a soft pillow when that penetrating alarm knocks on your eardrum. You need to make a quick decision. It's either the comfortable decision or the choice of determination. You will succumb to your pillow's call if you give it enough time. Take a deep breath, now count. 1... 2... 3... 4... 5... You need to stand up now or the battle is over and you've lost the battle again.

Your body is dehydrated after being deprived of water for around 8 hours and you desperately need to refuel it as quickly as possible with water. In the morning, the reason that almost all individuals feel weary, hazy, and uninspired is clearly that they are dehydrated. The output of your mind and emotions drops significantly once you're dehydrated.

Drink your three glasses and give your brain some clarity to make great decisions in your day.

It's time to get that body moving

Your body is made up of around 30 trillion cells that all work together like a colony of ants. You might not think it has a great effect on your body, but jumping a couple of times can make a work of a difference on a cellular level. Just imagine every little cell moving liquids and hormones around all over your body; you are a remarkably inspiring creature.

I like to do jumping jacks for a minute to boost my heart rate like a morning call to my body to say: "Pssst, get ready for action."

Times where I just don't feel ready for a bit of jumping, I do a quick 10-minute yoga session to stretch any uncomfortably stiff muscles. One of my favorite recommendations is the Yoga by Adriene channel on YouTube; her 30-day challenges always leave me inspired and elevated. I personally love this routine for the toughest mornings:

Take 30 fast, deep breaths while sitting in a relaxed place, breathing through your nose and exhaling through your mouth. Now, take a deep breath in and exhale. Hold your breath for as long as you can. As deeply as you can, inhale again and keep it for 15 seconds. Repeat the same method around 4-5 times.

The medical sector was so shocked by the findings of the study that they now recommend it as a method to manage altitude sickness at extreme elevations.

It seems like the secret of being a human in the morning isn't really about choosing the right alarm clock or flooding your bedroom with natural light and howling wind, but it's just getting in a routine and staying consistent. Which is not always that simple.

I feel like I know what benefits me most after my yearlong experiment: counting to five, drinking water, breathing, and with my spare time in the morning to do something productive. No more slacking. Just pure productivity.

I write, you follow and your feed will never be hollow.