Man charged for starting fire during May 30 demonstrations 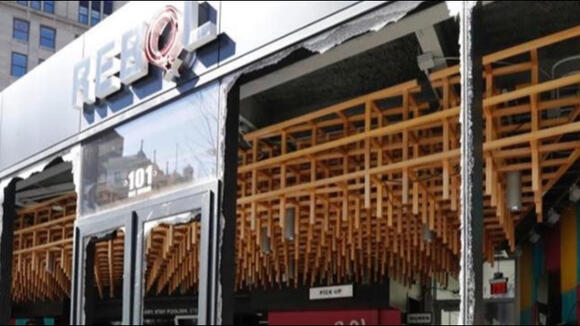 According to court documents, the defendant started a fire inside Rebol Restaurant, located at 101 West Superior Ave in Cleveland, on May 30, 2020.

Following the events that happened on May 30, 2020, in downtown Cleveland, investigators along with the Bureau of Alcohol, Tobacco, Firearms, and Explosives (ATF) started reviewing surveillance camera footage from when that happened.

While they examined the footage, they later found Michael Sloan entered Rebol Restaurant, started a fire, and then placed additional fuel on the fire and exited the restaurant. Police officers arrived moments later to extinguish the fire.

The following day, the investigators determined that the fire was caused by an open flame applied to combustibles. Investigators received tips after images and videos of the incident were released publicly and successfully identified the defendant as the subject who allegedly caused the fire.

An indictment is only a charge and is not evidence of guilt. A defendant is entitled to a fair trial in which it will be the government’s burden to prove guilt beyond a reasonable doubt.

If proven guilty, the defendant’s sentence will be determined by the Court after they review unique factors, including the defendant’s criminal record, if any, and the role in the offense and characteristic of the violation.

The ATF conducted this investigation with the help of the Cleveland Police Department. This case is being prosecuted by Assistant United States Attorney Adam J. Joines.