Memories of a Title, the 2015-16 Cleveland Cavaliers by Joe Gabrielle 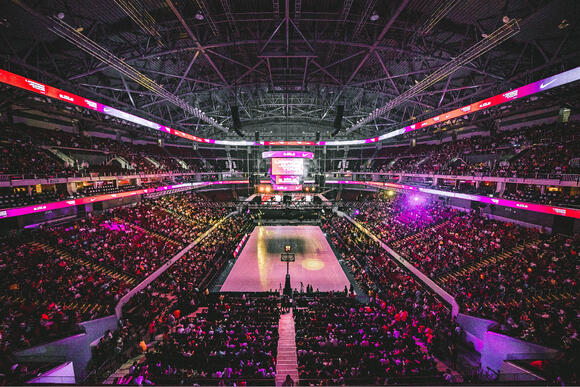 JC Gellidon/Unsplash
CLEVELAND, OH — It's already five years since the Cleveland Cavaliers won their first, and so far, only NBA Title. So, to commemorate those, Cavaliers' beat writer, Joe Gabrielle, wrote about the memories of the Cavs' impeccable run towards the NBA Title.

Gabrielle started his writing with an analogy. Whenever he thinks back on the Cavaliers' glorious 2016 Championship run, he always thinks about the line Burt Lancaster delivers as Moonlight Graham in the movie Field of Dreams about the opportunity.

That quote doesn't mean Gabrielle thinks the Wine & Gold can't get back to the Finals one day and win it. On the contrary, he said that the readers should expect that Cavs will go to the finals, regardless of their currently dismal performance.

Yet, on that NBA Championship season in Cleveland, five years ago, the one thing that strikes most about that year was precisely how many things had to go right to win the title. Unlike the Cleveland Indians, which ironically had many things go wrong to lose the title in the same circumstances just months after Cavs won theirs.

Normally, a player and a team can rumble through the regular season like a juggernaut. But in the postseason, everything's magnified, either it's injuries, possessions and anything else possible. As a result, all of the regular season infallibilities, like Gabrielle said, now seem as delicate as a Fabergé egg.

Gabrielle then wrote that a lot of teams are finding that out, especially the Brooklyn Nets and Milwaukee Bucks, which are vying for a spot in the Eastern Conference Finals. Both were Eastern Conference's top seeds, both have this year's MVP candidates, and the league's reigning Champs, the Lakers, are all watching at home.

In the 2015 Finals, the Cavs weren't at their strongest position, with Kyrie Irving joining Kevin Love on the shelf with a season-ending injury after Game 1. LeBron James and the Cavs took Golden State to six games with Iman Shumpert and Matthew Dellavedova as their next-best players.

As thrilling as winning the Championship was the following season, Gabrielle then said that his personal favorite Finals moment came in Game 2. That moment, LeBron James spiked the ball with a rage every Clevelander could understand when Cleveland prevailed in overtime against the super team Golden State Warriors.

There's no need to recap the major events that led to the 2016 Championship. Some things that Gabrielle talked about centers around what's become the 'holy trinity of the title – "The Block", "The Shot" and "The Stop" and around key trades, including a swap of Anderson Varejao for Channing Frye—both of whom eventually became universally loved by Cavaliers fans.

Gabrielle then said that smaller moves by the franchise also paid off. Bench pieces like Dahntay Jones, Mo Williams and Richard Jefferson were also pivotal in winning the city's first NBA title. Iman Shumpert's four-point play in Game 7 and JR Smith's eight points to start the second half all set the stage for the superstars' final flurry.

Game 7 was also the Cavaliers' 103rd game of that season after finishing the regular season at 57-25, one game better than the Toronto Raptors for the East's top seed. The Warriors famously went 73-9 that year, fueling the theory that they were mentally and physically gassed after running out to a 3-1 series lead.

The relentless Cavaliers also dented the Dubs' characteristic cool; Steph Curry melted down and getting tossed during Game 6. Draymond Green was also suspended after he retaliates Klay Thompson's poking.

Gabrielle also said that his point is to appreciate the process that the Cavaliers franchise had endured to won their first NBA title. From beating their opponents to build a well-oiled winning team.

He concludes that the 2016 Championship team showed the way and made history. It's a long road to the top, said Gabrielle, but it's all worth it when they got there. The key is to recognize those significant moments along the way —just like Moonlight Graham said.