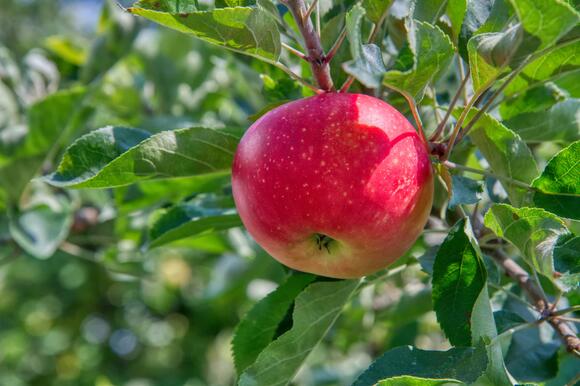 Photo by Gabriele Lässer on Unsplash

The Community Urban Food Forest at Browns Mill project contains 2,200 pesticide-free edible and medicinal plants for those in need. It was created by Conservation Fund together with the city of Atlanta and the U.S. Forest Service. The former pecan farm is located only 10 minutes away from Atlanta airport and about four miles south of Atlanta’s city center.

Many places in the US are dealing with problems of hunger and food deserts. Atalanta is one such city. According to the USDA’s Food Access Research Atlas, at least one in four residents of Atlanta -- or roughly 125,000 people -- live in an area defined as a food desert. This is based on their geographical distance from a local, accessible grocery store. The Browns Mill project addresses the food desert issue for at least 2,100 residents within the immediate vicinity. It is accessible by bus a 30-minute bus ride from them.

The property was originally owned by Ruby and Willie Morgan, who left excess produce from their farm on fence posts for neighbors to claim and enjoy. As an Urban Food Forest, the tradition of sharing continues.

The land for the Urban Food Forest was already filled with large, mature pecan trees, a few blackberry brambles, and muscadine vines when it was started. Through the conservation process, spaces were cleared underneath the trees to make way for crops. New fruit trees, nut trees, shrubs, and seedlings were recently planted. Each fruit tree is estimated to produce between 200 to 400 pounds of fresh food but will need between 3 to 5 years to mature. Herb gardens, walking trails, and gathering spaces are also part of the plans for the food forest.

Over 1,000 volunteers have put in the time and effort to grow the forest with people coming in from the community, corporate and non-profit partners.

It’s really a park for everyone,” said Atlanta city councilwoman Carla Smith in a recent interview with CNN. “Every time I go there’s a community there who respects and appreciates the fresh healthy foods. There’s a mentality there that people know to only take what they need.”

A harvest guideline for the food forest was set in 2019. The garden will be managed by neighborhood residents and the distribution of food will be to participating neighborhoods first. Garden food is shared with volunteers on Wednesday. Ripe food is added to the Community Harvest Table for the public to enjoy.

The Atlanta Community Urban Food Forest joins 70 other food forests that have been planted across the US. The concept of food forests first gained popularity in Europe and other North American countries in the 1980s. The concept is to create forests or gardens that are low-maintenance and sustainable. It usually has perennial plants that do not require tilling, weeding, fertilization, or irrigation. The concept has taken off in recent years in the US with cities creating edible public spaces.

The land for Atlanta’s food forest had the land ownership transferred to the city last year. The Department of Parks and Recreation manages and maintains the space along with the volunteers. It has gained funding from the US Department of Agriculture's Forest Services Community Forest Program, Open Space Conservation, Trees Atlanta, and the Conservation Fund.