Jade Augustine is a writer from Fort Collins, Colorado. She is passionate about cats, dogs, entertainment, vegan food, and traveling.

Family Vlogging Should Crash and Burn 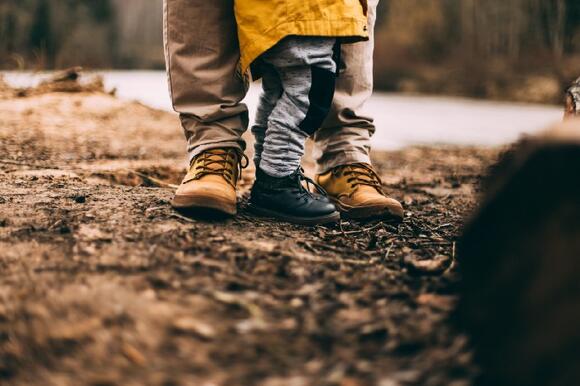 Photo by Daiga Ellaby on Unsplash

You’ve probably come across a few family vloggers during your time on YouTube.

They often have cutesy intros that show their family, listing their kids’ names and have catchy music to go along with it. You’ll find that these accounts often use clickbait in their titles to garner more and more attention for their family — and yes, more money.

The kids in these families often grow up online. Their lives are often documented online from the moment their mother finds out that she’s pregnant. Then, multiple times a week, the child wakes up to find a camera in their face and realizes today will be another vlogging day.

This routine will seem normal to the child when that’s all that they grow up knowing. Some mothers make accounts for their children to post photos and videos and document moments — this means that children can have a humungous following before they even reach the age of 13, the minimum age to have a YouTube or Instagram account.

Children cannot consent to this lifestyle. Children cannot agree to have their personal information online. Their parents are making this decision for them, and it can have long-term consequences. Suppose that their friends at school find out that their family has a vlog and finds videos of your child in the bath as a toddler or learning to potty train. This may be highly embarrassing later on, and it can cause social issues in school. Their friends’ parents may discover the YouTube channel and not allow their child over at the house out of fear of their child being used for content without their knowledge or consent.

Later down the line, a child made famous from family vlogging may struggle to get a job or get into college since their name is plastered online for anyone to look up.

Some notorious YouTube families have gone as far as filming having the birds and the bees talk with their young daughters, sharing their kids’ new boyfriends or girlfriends, and some have shared their child’s first periods online and filmed bra shopping escapades. These moments should be private and not shared with the entire world, but instead, anyone with an internet connection has access to these moments since they can bring in the views, and thus, the family can make money off of it.

Since family vlogging is relatively new, we don’t know the long-term effects that having a camera in your face day after day filming your life as you grow up can have on a person who grows up in that environment.

The children may look happy now when their family can afford to take them to Disneyland every other month, but you don’t know what happens behind the scenes. What if the child doesn’t want to film that day? What if the child doesn’t want something shared online, but their parents tell them it isn’t their choice and do it anyway? These are things that have happened and do happen with family vloggers.

When your life is shared online, you are subject to public scrutiny whether you want it or not. And if you’re a child, you are under scrutiny without really being able to consent or understand the reality of what that will mean for you later on.

At first, you may think this is similar to child acting, but the reality is, it’s wildly different. Child actors get to keep a percentage of their earnings until adulthood that their parents cannot tap into. Child actors have strict regulations for how many hours they can work, the environment they can do school in, and what times of day they can work. That isn’t the case for the children who are featured on family vlogging channels. As of 2022, the children featured do not even make money from their image being used in the videos their parents post on their YouTube channels.

Yet, even if the parents realize what they’re truly doing to their kids, many simply won’t care or know how to stop because family vlogging is a very lucrative business. They may not have any other options for a job since vlogging is all that they know. The money is good, and a traditional job may not give them the amount they bring in from filming their families day in and day out.

Then there’s the safety issue. When these families put so much of their lives online, it is easy for predators to watch these videos and find inappropriate enjoyment out of these families’ private moments. In particular, one family vlogger posted so much online that a fan could find her and her family on vacation.

There is little help for these kids that are in the public eye.

Yet, whether or not comments are involved, as long as creators can still make money off of exploiting their children online, family vloggers will still exist, and children will not have proper protection.

There is nothing wrong with someone wanting to document their life and remember special moments with their families, but child exploitation cannot continue to be considered normal or mere entertainment. There are plenty of ways to make content without shoving a camera in a child’s face day in and day out.

Jade Augustine is a writer from Fort Collins, Colorado. She is passionate about cats, dogs, entertainment, vegan food, and traveling.

It's no secret that nicotine addiction can be one of the hardest addictions to beat. Using nicotine is socially accepted and generally not looked down upon in most areas of the world.

Forgiveness is For You, Not Them

Forgiveness is a tricky concept. Many people have had horrible things happen to them that feel beyond forgiveness. Yet, this attitude provides a very limited mentality of what forgiveness entails - and what it doesn't.

Whether you've been physically separated due to circumstances or you've met online and have yet to meet in person, it can be excruciating to be physically apart from your partner. But the physical distance between the two of you doesn't have to mean that you have to be emotionally disconnected. There are plenty of ways to stay connected with your partner and keep things fresh and fun in your relationship until you can be together once again.

The Golden Rule of Apologizing

No one enjoys having to apologize, but apologies are a part of life. No one is perfect all the time. There will be times when you say the wrong thing or act in a way that hurts someone else.

Many people would say that they had emotional needs that were not met as a child. Maybe your parents or caregivers never validated your feelings or told you not to talk about them. You may have even been emotionally neglected or abused.

Having Toxic Traits Without Being Aware of It

It's easy to talk about having toxic friends and relationships when you're not putting yourself in the equation. The truth is, every person has exhibited toxic traits at one point or another, and not every person will be a healthy person to be around at all times.

You may have said it time and time again, "This is my last pack of cigarettes, and then I'm done." Then once the cravings hit, you're back to the convenience store counter, obtaining your next pack. Smoking is very addicting, but with a strong plan and a strong will, it's possible to quit entirely.

Any good parent wants to make sure that their children are prepared for life by instilling in them all skills they will need to succeed. There are many different ways to teach your children basic life skills. One such method is gardening, which is both fun and educational. Here are four essential life skills that you can help your child develop through gardening:

Using The Five Agreements to Build a Better Life

The Four Agreements is a book by Don Miguel Ruiz that provides life advice to help readers live a happier life and reach a sense of freedom and enlightenment as they go through life. In a second companion book, we learn about the Fifth Agreement.

Healing in the Same Environment In Which You Got Sick

“You can’t heal in the same place you got sick.”. If you’re someone who is recovering from addiction or mental illness, there’s a strong chance that you’ve heard this phrase before.

Have you noticed that as your cat ages, he seems to be getting more and more black spots on his gums or nose?. Some cats end up getting so many black spots over time that it almost entirely seems to change the pigment of their gums and nose. You may even notice that these black spots seem to cluster on the face, especially around your cat’s eyes. Should you be worried?

Does Your Cat Need to Lose Weight?

It's undeniable that cats are cute - even when they have a little extra weight on them. However, that little bit of excess weight can be detrimental to their health and lead to problems later down the line.

Is it Bad to Sleep With Your Cat?

Some cat owners are staunchly against allowing their cats to snooze alongside them at night, yet other cat owners couldn't bear to keep their cats outside their bedroom at night.

There are ways to create a fashionable wardrobe without breaking the bank — or the environment. It seems like fast-fashion empires are taking over the world and our wardrobes. It has become increasingly difficult to find sustainable and affordable alternatives to the styles that we love.

It can be daunting to call into work when you’re sick, let alone when you need a day for yourself. However, sometimes doing this is necessary, not only for your well-being, but for your productivity as well.

Is The No-Kill Movement Realistic?

Advocates of the no-kill movement believe that healthy animals should never be euthanized inside animal shelters due to lack of space. While this is a beautiful and noble concept, how does a concept fare when faced with reality?

Why Do Cats Bite Their Owners?

It's in their nature. Sometimes cats will bite. It's often in response to fear or feeling threatened, but some cats will bite for seemingly no reason. Yet, the cat always knows why it is biting, and there are plenty of reasons a cat may bite. It's important to understand the reasons behind a cat's bite to help them stop their damaging behavior.

It's a common complaint. Your cat suddenly, without any given reason, detests its litter box and chooses to do its business elsewhere. It may be a one-time thing that you can quickly forgive your cat for, but it can also become a problem resulting in having to get rid of rugs, clothes, or even replacing the carpet. So, what can you do to stop this frustrating behavior?