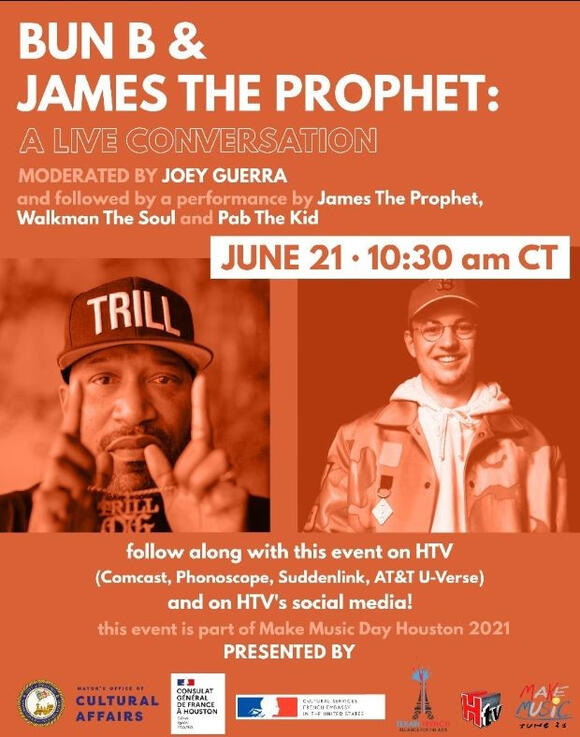 Besides the mayor and the consul general, Houston icon Bun B and French rapper James the Prophet will also join them to kick off the festivities.

Houston Television (HTV) will air the stream with Joey Guerra as moderator, known for his work as the Houston Chronicle's music critic. A musical performance by James the Prophet, Walkman the Soul, and Pab the Kid will end the program.

Viewers can also watch the event through the City of Houston's many social media platforms or the HTV website at houstontx.gov/htv.

For those who prefer watching it through their tv screen, you can do so through select cable systems in the Houston area:

The Mayor's Office of Cultural Affairs (MOCA), the Consulate General of France in Houston, and the Cultural Service of the French Embassy in Houston are hosting this event, as well as the Texan-French Alliance for the Arts.

Make Music Day Houston is part of the national Make Music Day (MMD) initiative organized by MOCA. MMD, or la Fête de la Musique, originated in 1982 in France, and it invites individuals of all musical skills to celebrate the joy of music.

Check out the complete schedule of in-person and virtual performances through www.makemusicday.org/houston/.