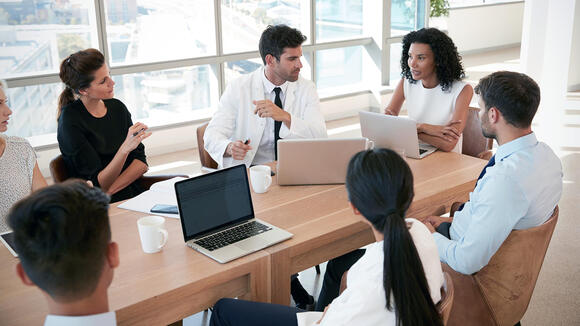 HOUSTON, TXT —The University of Houston-Clear Lake conducted a Q&A with Amy Lucas, Associate Professor of Sociology, to explore the deep-seated biases against women in leadership positions.

The selection of Kamala Harris partly inspired the interview as then-presidential-candidate Joe Biden’s running mate in the 2020 election. The choice was seen as a sign of the increasing diversity in the Democratic party.

Although research shows that the electoral impact of vice-presidential candidates is relatively limited, Harris’ nomination as the first woman of color evoked a strong but mixed reaction, according to Lucas, who also teaches in the university’s Women’s and Gender Studies program.

When asked about the main differences of perception between men and women in leadership, Lucas answered, “There is research that consistently shows that Americans have differing conceptions of what traits we associate with men and women.”

“Here, gender is still considered binary — that is, traditional male and female. We have structured and organized our lives accordingly, with men and women in those categories. Although that idea is shifting, and younger people are much less rigid, it’s still a societal norm and the basis of American culture, and it shapes the way people see the world and how they perceive people,” she added.

When asked about the negative reaction that Vice President Kamala Harris received, Lucas remarked, “The concept of intersectionality is very important, as it recognizes that someone’s identity is not due to one particular category or factor — she is a woman of color in a leadership role.

“Viral video clips of Kamala Harris have often been ones that demonstrate her intellect and her ability to think quickly on her feet, such as clips of her during debates or hearings in the Senate when she’s questioning a witness. She exudes strength and intelligence, which can make people uncomfortable, and it’s not the association we have with warm, caring women.

“There was more coverage and criticism, both on Twitter and in the news, over Vice President Harris’s Memorial Day-related tweet to ‘enjoy the long weekend’ while there was considerably less coverage of President’s Biden tweet that same weekend to ‘stay cool this weekend, folks.’”