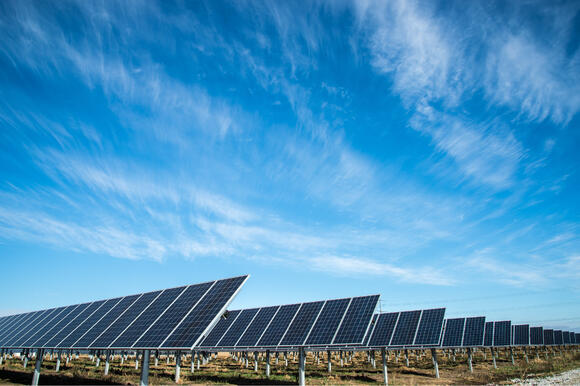 HOUSTON, TX — The Houston region has been named a national leader in energy innovation by the Environmental Protection Agency in a variety of categories.

The EPA announced this week that the city has the most ENERGY STAR-certified buildings in Texas, ranking seventh in the country. According to the EPA, the 195 ENERGY STAR certified commercial and multifamily buildings in the Houston-Sugarland-The Woodlands area saved more than $41 million and 242,992 metric tons of carbon dioxide emissions last year, which is equivalent to taking nearly 53,000 passenger vehicles off the road.

"As the energy capital of the world, Houston is proud to be leading a global energy transition," said Mayor Sylvester Turner. "I’m thrilled our business community is embracing energy efficiency as a tool to reduce our emissions and reach our ambitious local and national climate goals."

Mayor Turner is currently the Chair of Climate Mayors, a coalition of leaders from across the country committed to meaningful change to address climate change at the city level.

This week's news comes on the heels of an earlier report that Houston is the top city on the EPA's "Green Power Partnership" list, using more renewable energy than other municipalities in the United States.

For many years, Houston has been recognized as a renewables leader, first in 2014. All municipal buildings will be powered entirely by renewable energy by July 1, 2020.

HOUSTON, TX - Buffalo Bayou Partnership has prepared fun and healing activities for everyone this September. Mark your calendars and join some of the events below. At The Water Works, 105 Sabine Street.

Best three American restaurants in Houston that you have to try

HOUSTON, TX - No one should be surprised that Houston has excellent American food in a city famed for its diverse cuisine. Small and inexpensive eateries abound in the U.S.'s fourth-largest city, serving up delicious burgers, hot dogs, and french fries. But, where are the more formal American restaurants to be found? In this article, you'll find a list of the best Houston restaurants that bring vibes and styles of stateside classics.