If You Don't Have A Deadline, You Need To Create One 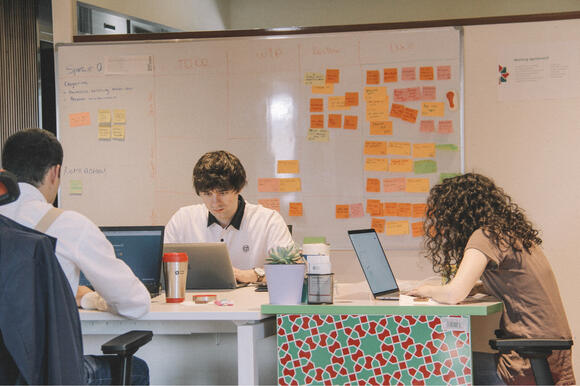 Photo by Lala Azizli on Unsplash

I used to think having a deadline was enough. Believing the work would get done on a task or project as long as I had a deadline. However, with my current job and with my writing, there are plenty of deadlines. And yet, I was struggling to complete those deadlines regularly. Let alone do so stress-free.

In my search for understanding ways to become more productive, I realized I could not only depend on deadlines. I need to create timelines to complete my tasks and projects on time. And I needed to do so with less stress.

Tasks Managed Only by Deadlines — 6 Months Ago

Going to my mailbox on any given day I could find nothing, or I could find a giant packet of information. If it is a giant-packet-day, I know instinctively at this point that I have at least ten days to respond to the contents of the packet. Otherwise, I will be in trouble at work and possibly leave my company open to some huge liability.

The deadline is set.

What I used to do, would be set my deadline on a whiteboard in my cubicle. Then I would move out our software dates to make sure I completed my response by at least the deadline. I thought this would work well and the work would get done.

What I discovered about myself was how I reverted to college assignment mode and would always end up preparing my response the night before at home, or the day of coming down to the wire.

It was stressful for me and my supervisor.

And once, I missed one. Which led me to a bunch of trouble, mostly for myself. But it was not good. And so, in my quest to discover ways to be more productive, I found a new reality. I needed to create timelines to reach my deadlines.

My research revealed most people create timelines in their minds when they know a task is due. However, a large majority of people were not setting smaller tasks to map out the timeline they needed to complete the main deadline.

We like to create task lists. But we don’t provide ourselves with due dates for tasks.

And so, I realized I needed to figure out how to best do this for my workload. Without creating a bunch of extra work. One morning before I started the day, I wrote down the tasks from arrival time to response time. They were as follows:

Six actions must be done every time. The next thing I had to do was decided when to do these. If I always have to complete a response in ten days, then I could always have these actions set and completed on certain days. Fires pending (things that come up to derail the best-laid plans).

The great thing about these tasks is some could be done the on same days. My process became this:

In this setting, I should always respond before the ten-day deadline. And it takes into consideration the potential for any rework, which I never did before. While my timelines are not exact always, they give a sliding scale for potential process issues or ‘fires’ which come up along the way.

And it ensures I have an action plan to take me to my deadline.

Six months later, I have settled into this system. I don’t use my whiteboard anymore. In fact, I use my pre-determined timeline for every packet response which comes in today. And in most situations, I am responding before ten days.

Oddly enough, responding sooner has helped me get through so much more work. I am out in front most of the time, and when there is a one-off situation, I have already built in the time to deal with it.

Stress is down. Which helps me focus on other aspects of my job. My efficiency and productivity are the best it has been in my current role.

It’s amazing. And this is the way we experience productivity and great margin.

Stimulus money available for your rent or mortgage

photo of money in handsPhoto by Alexander Mils (Creative Commons) Did you know that stimulus money is still available to many residents in Texas? The key is to know where to find these government funds to help you pay your mortgage or rent. In many cases, stimulus money often comes from the federal government and is then sent to different agencies or organizations. In some cases, there are actually state and local agencies in place with funds ready to help you out.

Amazing footage of great white shark soaring out of the water

Connecticut residents to receive up to $750

money in handPhoto by Johnathan Cutrer (Creative Commons) Would you like some additional cash right now? How does several hundred dollars sound? That's the amount many individuals will receive from the state of Connecticut for each eligible child with a child tax rebate, if you meet the requirements. Eligible families will receive a maximum rebate of $250 per child. The total amount is limited to three children for a total of $750.

Many Maine residents getting $850 check

photo of money in handPhoto by JP Valery (Unsplash) How does a financial boost sound right now? The great news is that know that some cash is likely coming your way if you meet the requirements set by the state of Maine. As a way of helping residents, Governor Mills has proposed giving back more than half the budget surplus of 729.3 million to the taxpayers of Maine checks in the amount of $850.

South Carolina residents receiving up to $800 per person

hand holding moneyPhoto by Karolina Grabowska (Creative Commons) If you have filed taxes in South Carolina, here's some great news as prices continue to rise: you likely have some money coming your way.

Social Security expected to pay out up to $1,900 a year more

money in envelopePhoto by Pixabay (Creative Commons) If you or someone you care about is on Social Security, here is some positive news that will affect how much money you receive from the program. Because of the high inflation reading for August of around 8.3%, beneficiaries could receive as much as $159 extra per month in 2023. This estimate comes from a new estimate from the Senior Citizens League, a nonprofit advocacy group. So, if this estimate is correct, that amount comes to $1,908 in additional money that you will receive next year. It is important to note this amount is an estimate until the official confirmation from the Social Security Administration. Here's how that process works.

Photo of Chick-Fil-A storePhoto by JJBers (Creative Commons) Who doesn't love some tasty Chick-Fil-A? When you combine that with a secret menu, you have a perfect match made in Heaven. And there are some really amazing items you can create at Chick-Fil-A.

photo of money in handsPhoto by Alexander Mils (Creative Commons) Imagine that you're really hungry and ready for lunch. You've been waiting in your car in the drive thru at KFC. You're given your order and you drive away. When you open up your bag of food, you get the surprise of a lifetime. That's exactly what happened to a Georgia woman as she found $543.10 under her KFC sandwich after the restaurant misplaced its daily deposit.

Up to $500 coming to many Virginia residents soon

holding out moneyPhoto by Sasun Bughydaryan (Creative Commons) Here's some great news for Virginia residents. Many Virginia taxpayers are eligible for a one-time payment of up to $500 for each household. You can use this money however you would like. Here are the details to consider.

San Diego residents receiving up to $1,050 in new stimulus payment

counting moneyPhoto by Karolina Grabowska (Creative Commons) If you live in San Diego, here is great news: an inflation relief package from the state of California is coming your way soon. Qualifying individuals will receive money to help with bills and rising costs where you live. The cost of living in San Diego is over one and a half times more than anywhere else in the country, so this payment will likely help you out with your expenses.

Idaho housing prices increasing more than any other state

house for salePhoto by Dillon Kydd (Creative Commons) It's no secret that housing values have soared over the past few years across the country. But which state has seen prices rise more rapidly than anywhere else in the nation. Which state? According to data from Zillow’s Home Value Index, Idaho saw the most significant change in typical home value over the past five years.

Over 31 million dollars in grants available

holding moneyPhoto by Jinyun (Creative Commons) Governor Greg Abbott and the Texas Veterans Commission recently announced over $31 million in grant funding for veterans across Texas that will be distributed in a program called the Fund for Veterans’ Assistance (FVA) Big Check Tour. These grants are estimated to serve more than 22,000 Texas veterans.

photo of individual holding moneyPhoto by Alexander Mils. As you are aware, prices are rising steadily. Inflation is raging in the United States. How might an increase in income of a few thousand dollars per year impact you and your family? Would you benefit from that infusion of cash? Well, three senators, Mitt Romney, Richard Burr and Steve Daines recently introduced the Family Security Act 2.0. And in this new proposal, families would receive $350 for every child under the age of five, and $250 for every child between the ages of 6 and 17 years old. And that's the amount you will receive per month. There are no stipulations attached to this proposal. You can spend the money however you want. It is not a rebate from your property taxes or anything like that.

photo of great white sharkPhoto by Gerald Schombs (Creative Commons) Seeing one great white shark that measures over nine feet long is exciting, but seeing another that is almost twice it's size is something else altogether.

Residents receiving up to $1,050 in new inflation relief package

money in handPhoto by Jinyun (Creative Commons) If you're a resident of California, here is some important news you need to know. You will be receiving an inflation relief package that will help you with bills and rising costs. The cost of living in San Francisco is over two and half times more than anywhere else in the country. But, thankfully, the state of California is doing something to help you with these rising costs.

How much will Social Security pay out each year until 2030?

money and envelopePhoto by Pixabay (Creative Commons) If you or a loved one you know are thinking about retiring in the next five years, you will want to spend some time looking at what is happening with Social Security as those payments change all the time.

photo of mako sharkPhoto by Obro Shalom Campo (Creative Commons) What's one of the worst case scenarios when shark fishing? Well, these fishermen may have experienced that on a recent fishing trip. The video footage of a close encounter with a mako shark was posted by the TikTok account @careychenart, the video was viewed more than 577,000 times at time of publishing.

You can now get up to $550 in stimulus money

Idaho residents, you could have thousands coming your way

cash in handPhoto by Hloom Templates (Creative Commons) Did you know that you likely have hundreds of dollars coming to you from the state of Idaho? Earlier this year Governor Little signed House Bill 436 that provides another tax rebate to full-year residents of Idaho. You can track your rebate online here on this website from the state. On that page, you'll just enter your Social Security number (SSN) or Individual Taxpayer Identification Number (ITIN) and the expected amount of your refund below.