Fatherhood On Your Own: What I Learned On My Wife's Weekend Away 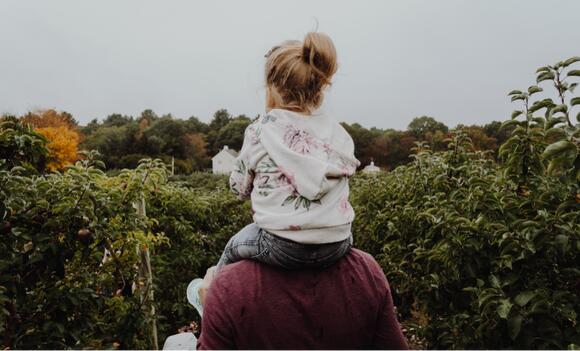 As a father who works 40 hours a week, there are few times, I get extended time with my wonderful little girls. After my wife took a trip to Los Angeles for a women’s conference, inspiration struck me. Her Friday afternoon to Sunday night trip provided me the opportunity to have my little girls all to myself.

Nonetheless, it was a great time, and everyone is alive. *I almost decided to edit this comment out because it is such a terrible thing to say when dad actually fulfills his dad's duties, but sometimes it feels true.* All that to say, we have three more points to the guide.

Here are three points to the Intentional Dad’s Guide to The Dad Weekend:

My wife does this on a regular basis. She plans all the food, diapers, water and pit stops to get out of the house. Sometimes it’s to go grocery shopping. Other times it's for a play date. On special occasions, it’s to the zoo. But this is part of her day-to-day.

To plan to be out of the house with our two girls who are under five, there is a special window for hitting or not hitting a nap. We need to be fully loaded with snack rations, otherwise, we will have an epic meltdown. And it is important to have plenty of diapers.

An outing is key for your time. It’s a special time where you spend with them doing something they like to do. And trust me, they need to get out of the house. Otherwise, they will be climbing you or your furniture like spider monkeys looking for poo to throw. So, pick a destination and prepare like you are going camping.

Growing up, we did chores on the weekend. We cleaned the house, did laundry, or did yard work. Typically, on our farm, we did that first before we went somewhere fun. When it is a Dad Weekend, the fun comes first. But the chores have to happen.

There is a three-fold reason for having a chore you do with your kids. The first one is to get them to buy into your family unit and home. It gives them ownership.

The second reason is it burns off treat energy. We need some way to move that sugar through their little bodies at a fast pace. Nothing like laundry or vacuuming to make it a reality.

The third reason is specific to our household. It blesses my wife when we do something she does every day. It is more than picking up the house. It’s really cleaning something or doing something that is important or hard for her. This also shows our kids the importance to serve those who take care of us and do so much for us.

As fathers, we need to be leading our households. We set the tone(link). And one important area we can lead is by teaching our kids lessons. Sometimes we get the easy lesson about cleaning up messes after spilled milk. Other times, we get to teach lessons about kindness or generosity.

One thing I have learned about my four-year-old is how much of a people person she is. She loves to meet new friends,’ and see people happy. This is good, but it also provided us with a valuable lesson while we were at the park.

As I said, my daughter likes to make new friends. She gets that from me, and my father before me. We were at the park and she walked up to these two little boys. One of them was a couple of years older than she was and the other was about her age. She politely asked their names and introduced herself and they played and told stories. Their parents were nowhere to be found.

Our neighborhood is safe, but my six and four-year-old won’t be out by themselves. Anyway, they asked if my sweet little blonde-haired, blue-eyed girl wanted to go to their house and meet their older brother.

At this point, dad steps in, and we walk home discussing their invitation and who are friends and who are still strangers. We talked at length about going into people’s homes when they invite us. It was a long conversation, to say the least. But she understood. She even thanked me for being there with her and her sister. It was a sweet time for us.

3 Steps to Prepare for the Single-Digit Weather in Spokane

Are you ready for the single-digit weather to hit? For many of us, it's not something we are used to experiencing. Sure, we get in the teens pretty regularly for winter, but single digits!

Will We Wake Up To Snow On Christmas Morning?

I'm dreaming of a white Christmas, just like the ones I used to know, where the treetops glisten, and children listen, to hear sleigh bells in the snow, oh, the snow... - White Christmas.

The Best Donuts In Spokane

I used to think that any old donut would do. I could pick it from the grocery store, Krispy Kreme, or Dunkin Donuts. To me, they were all the same. Nothing really set any of these apart. Sure they each had their own characteristic, but there wasn't anything exciting about them.

The Best Cinnamon Rolls In Spokane

I have found the best cinnamon roll in Spokane. It was sweet, full of flavor, the bun itself melted in my mouth, and it was made right here in the city. It smelled wonderful when they warmed it up and looked absolutely enticing. Partnered with an excellent cup of coffee it was like sitting down and taking a bite of heaven. It was well worth the calories and the cost.

Sad News: The Palouse Bar and Grill is Closed

It's a sad day on the South Hill. Maybe not for everyone, but for those who used to frequent or stop in at The Palouse Bar and Grill. As of October 15, 2021, they had to close their doors. It's too bad really. I always enjoyed being able to stop in and grab a burger and Cougar fries. Yet, it seems like I was one of the few.

If you're looking for a home in the Spokane area right now, you could be paying nearly 30% more than you would have paid in comparison to prices last year. Spokane County’s median home price soared to another record-breaking high in June, hitting $380,000.

Whistle Punk Brewery In Spokane Is A Must Visit

It's no secret that Spokane's craft beer sector is thriving. Many Spokane brewers use locally sourced components in their creations and love to share their passion for beer with both residents and visitors. Over the last ten years, we have seen significant growth in the craft beer revival being established in the Inland Northwest and Spokane.

You Need to Try The Flying Goat For Pizza This Week

In the mood for some great pizza? Or maybe you would like a great meatball sandwich? If so, keep reading. I just found the place that serves precisely what you're craving. The Flying Goat was created in 2010 to become a neighborhood craft beer bar and casual eatery. The goal was to honor the craft of artisan pizza making, while creatively infusing local flavors and ingredients.

You Need To Stop By The Grain Shed This Weekend

Along the Inland Northwest Ale Trail, Spokane is home to 31 distinct breweries. Neither did I. In reality, during the last 10 years, these 31 venues have been springing up to serve great beer that is altering the drinking and dining landscape in Spokane and the surrounding area.

A Unique Take On Brewing In Spokane