What If You Quit One Thing A Week? 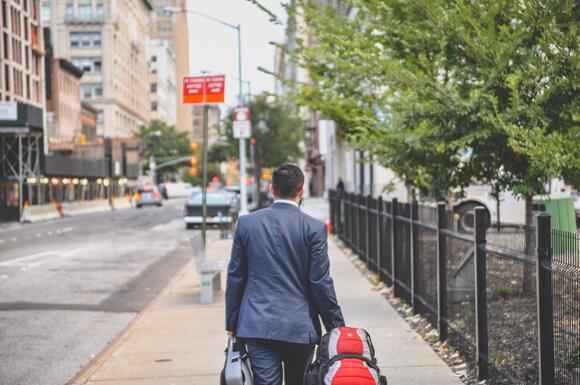 Photo by Romain V on Unsplash

For better or worse, people don’t like the idea of quitting. Even people who quit things when they get hard, make up reasoning or another title for quitting. And for the rest of us, we see quitting things as weak. At least I used to think that way. I believed quitting meant you were a loser.

How terrible? Quitting things can be such a gateway to freedom. In a culture where we need to say ‘yes’ to everything, it's time to say ‘no’ to things we are already doing.

I read a book by Bob Goff a while back, Love Does. Bob is an interesting guy. He is a lawyer turned Honorary Consular to Uganda, a New York Times Best-Selling Author, and a philanthropist. This guy sounds like he has a hard time saying ‘no.’

However, in his book, he describes how he quits something new every Thursday. Check out this tweet:

What a crazy thing? Do we even have enough things in our lives to quit something every week? That would be 52 things in a year. FIFTY-TWO quits!

Recently, I wrote a post about ten ways we can make 2018 better than 2017. Number nine in the post was to quit something every week. This point received a lot of responses and started some conversations on social media. I even shared with people at work how I am going to try and quit one thing a week all year.

They think I am crazy.

You might be asking yourself this question. You might even think you don’t have that many things to quit. I would bet most of us do. We all have our little vices. Diet coke, cookies, candy bars, late-night Youtube. Facebook at work. Reading the news. Watching Keeping up with the Kardashians. There is always something to quit.

My thought to quitting things this year is simple: If I quit useless things, I can replace them with the best things.

I like to eat candy bars. Not every day, however, when there is one available, I will likely eat it. What if I quit eating candy bars? Maybe I will eat an apple instead. Or maybe I won’t eat the extra calories.

Most of the time I am pretty good about this, however, when I get on the ‘Twitter-Train’ first thing in the morning, I lose track of time and end up late. What if I read during that time. Or wrote more. Maybe this would be better spent praying or meditating.

Benefits: do more of the things I want to be doing.

Look at that, three weeks done.

Writing all this down makes quitting things sound easy. But in all honesty, it can get pretty hard to quit things on a regular basis. After all, we are so used to adding things into our lives that cutting things out might make it seem like we will run out of things to quit.

Well, trust me, I have been doing this for a little while now, and every time I quit one thing, somehow I add in another.

Maybe, what we really need to do is quit all the things that don't add to our lives. If they aren't improving our lives, let's quit those things. Then, when it comes time to put things back into our lives, we can start focusing on positive things that can build into us for the better.

So, start quitting something today. Then, you can add something positive later.

3 Steps to Prepare for the Single-Digit Weather in Spokane

Are you ready for the single-digit weather to hit? For many of us, it's not something we are used to experiencing. Sure, we get in the teens pretty regularly for winter, but single digits!

Will We Wake Up To Snow On Christmas Morning?

I'm dreaming of a white Christmas, just like the ones I used to know, where the treetops glisten, and children listen, to hear sleigh bells in the snow, oh, the snow... - White Christmas.

The Best Donuts In Spokane

I used to think that any old donut would do. I could pick it from the grocery store, Krispy Kreme, or Dunkin Donuts. To me, they were all the same. Nothing really set any of these apart. Sure they each had their own characteristic, but there wasn't anything exciting about them.

The Best Cinnamon Rolls In Spokane

I have found the best cinnamon roll in Spokane. It was sweet, full of flavor, the bun itself melted in my mouth, and it was made right here in the city. It smelled wonderful when they warmed it up and looked absolutely enticing. Partnered with an excellent cup of coffee it was like sitting down and taking a bite of heaven. It was well worth the calories and the cost.

Sad News: The Palouse Bar and Grill is Closed

It's a sad day on the South Hill. Maybe not for everyone, but for those who used to frequent or stop in at The Palouse Bar and Grill. As of October 15, 2021, they had to close their doors. It's too bad really. I always enjoyed being able to stop in and grab a burger and Cougar fries. Yet, it seems like I was one of the few.

If you're looking for a home in the Spokane area right now, you could be paying nearly 30% more than you would have paid in comparison to prices last year. Spokane County’s median home price soared to another record-breaking high in June, hitting $380,000.

Whistle Punk Brewery In Spokane Is A Must Visit

It's no secret that Spokane's craft beer sector is thriving. Many Spokane brewers use locally sourced components in their creations and love to share their passion for beer with both residents and visitors. Over the last ten years, we have seen significant growth in the craft beer revival being established in the Inland Northwest and Spokane.

You Need to Try The Flying Goat For Pizza This Week

In the mood for some great pizza? Or maybe you would like a great meatball sandwich? If so, keep reading. I just found the place that serves precisely what you're craving. The Flying Goat was created in 2010 to become a neighborhood craft beer bar and casual eatery. The goal was to honor the craft of artisan pizza making, while creatively infusing local flavors and ingredients.

You Need To Stop By The Grain Shed This Weekend

Along the Inland Northwest Ale Trail, Spokane is home to 31 distinct breweries. Neither did I. In reality, during the last 10 years, these 31 venues have been springing up to serve great beer that is altering the drinking and dining landscape in Spokane and the surrounding area.

A Unique Take On Brewing In Spokane