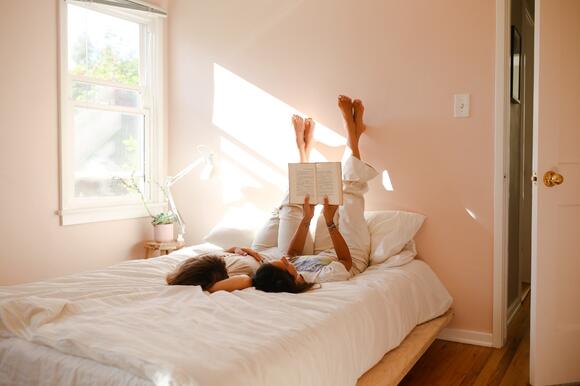 1. Some Girls Do by Jennifer Dugan

This book gives you everything from the disastrous first meeting between the love interests to the initial puppy love, and it gets deep into the heartbreak. But it’s so real. For a YA novel, the way the characters deal with their situations is realistic and refreshing — but also so messy.

Some Girls Do revolves around Morgan — an out-and-proud girl who’s joined a new school after having been kicked out of her conservative high school — and Ruby — a girl being forced to live her mom’s dream and hiding a crush on the new girl.

The author managed to capture what it’s like to have to hide your sexuality and the struggles that come with being queer even when your family accepts you. It’s honest, it hurts, and it’s worth the read.

Reading books that feature homophobia and the inner conflicts of everyday closeted teens helps us understand different points of view and be more compassionate. Even if you’re already a part of the LGBTQIA+ community, reading more stories like this matters.

2. The Girls I’ve Been by Tess Sharpe

Three teenagers step into a bank just one minute before a masked man walks in with a gun and orders everyone to get down. That’s the gist of the book — the words you read on the flap. But it’s actually much deeper than that.

The main character Nora isn’t your regular teenage girl. So when she’s told to get down, she doesn’t just do that — she starts studying the bank robbers.

Nora’s a con artist and everything she knows she learned from her mom. Even though Nora doesn’t want to tap into that part of her — that dangerous part that reminds her of her dark, manipulated past — she doesn’t have a choice. She has to save herself and her friends.

But things are more complicated than that because Nora didn’t just go to the bank with two friends. She walked in with her ex-boyfriend on one side and her new girlfriend on the other.

All three characters have deeper, darker stories than I could’ve expected. And damn — I went in anticipating a bank robbery and came out crying on the other side, full of love for all three of these characters. This book is an entire rollercoaster, and the first one I’d suggest you read on this list.

3. You Should See Me In A Crown by Leah Johnson

When Liz Lightly finds out her grandparents can’t afford to pay for her college, she knows she’ll do anything to reach her dreams. Even if it means she has to run for prom queen. And as a black, closeted teen, how hard can that be?

She knows that her high school peers won’t vote for her if she comes out of the closet, which is fine… until Mack comes along. And she’s loud and funny and out… and also running for prom queen.

Liz suddenly finds herself struggling to balance running for prom queen and being who she really is — all while falling for a girl she hadn’t been prepared for.

This book tackles subjects such as homophobia and racism, and despite the heavy topics, the scenes between Liz and Mack are some of the cutest and realistic I’ve read. Kind of awkward and funny. Totally something that would happen in a high school relationship.

But Liz Lightly is definitely the reason why you should read this. She makes some wrong decisions along the way, but who doesn’t? She’s also intelligent and takes no shit. That’s the recipe for a damn good protagonist.

4 & 5. We Set the Dark on Fire and We Unleash the Merciless Storm by Tehlor Kay Mejia

I’ve already re-read both of these YA dystopian novels, but that’s not going to stop me from picking them up a third time.

The first book is written from the point of view of Dani Vargas, the first wife of Mateo Garcia — a young man whose eyes are set on becoming president of Medio. Dani is full of fears but unafraid to push through them to do what she knows is right.

The second novel is from Carmen’s point of view — the second wife of Mateo Garcia. (Two wives? I know.) Without spoiling anything, let’s just say that Carmen is more than you’d expect.

This story not only offers a badass, feminist story, but the love story that develops between Carmen and Dani is also epic. It’s fun and cute, but also dangerous. Exposing their relationship could mean all kinds of disaster.

You’ll feel everything from pure love for a bunch of the characters to absolute dislike for others. You’ll feel hopeful and inspired and even betrayal that rung so deep I couldn’t stop thinking about it days later.

Everything You Know About Fear Is Wrong

When I first launched my blog, I was terrified - but I hadn't admitted it to anyone. I hadn't even confirmed it to myself in the months before launching. I could feel fear inside me like a monster hidden in the shadows waiting for the right moment to jump out and yell, "Boo!"