How to Forgive Yourself When You Make Mistakes 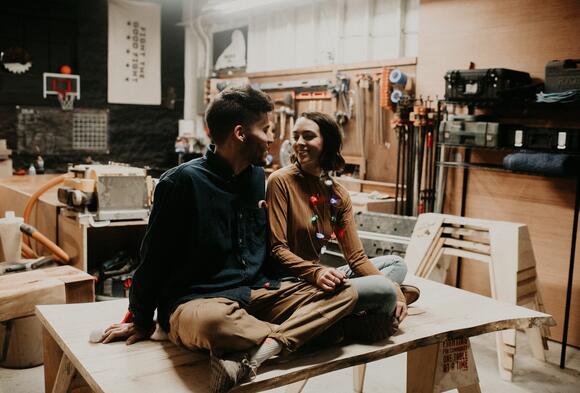 Photo by Devon Divine on Unsplash

I’m a daydreamer to the max.

You’ll often find me staring at nothing when I’m supposed to be working because anything can trigger my mind to go elsewhere, even a fly on the wall or a cloud that moving faster than the rest.

The most unfortunate time is when someone’s talking to me, especially for a lengthy time. My sister, who tells long stories, has been a victim of not being listened to numerous times.

I never do it on purpose. I’m hearing her, and then, next thing I know, she’s asking, “Did you hear me?” She can tell when I’ve left this world for the one in my head.

She always gets mad, but now and then, I really hurt her because I don’t listen. I’ve made her cry a few times. Each time, my chest aches with regret, and I can apologize all I want, but an apology doesn’t always make a difference.

Whenever I blanked out while she spoke, and it hurt her, I felt like a terrible person. However, it wasn’t just then. Every time I did or said something offensive without thinking, I believed I was a bad person.

But here’s the thing: Screwing up is human. Making mistakes doesn’t make you a bad person, especially if you’re willing to be better.

No person in your life is perfect. Even the rays of sunshine can be dark clouds, and selfless people can be selfish. Even if the people you trust with your life slip and fall and betray you sometimes, even if they don’t mean it.

You are a good person

Perhaps you show up late, snap at people, or say rude things now and then, but that doesn’t mean you’re a terrible person. It means you had a bad day, or you were feeling insecure, and you reacted.

I’m not excusing bad behavior, nor am I saying it’s okay to treat people like crap. I’m saying everyone, throughout their lives, will hurt people they love by accident, and when they do, they can’t beat themselves up for it.

What you should do instead is:

Find ways to be better

Growth and change are what matters the most if you mess up.

If you hurt someone, it’s your job not only to apologize and fix the problem but to find out how to avoid doing it again, especially when the issue is a common mistake of yours.

You can’t fix everything, but you can work on your bad habits — the mistakes you keep making over and over again.

As I said, I have trouble focusing when someone talks to me, so I’ve worked on that. I’ve learned to be more present and to listen, not just with my ears but with everything I’ve got.

If you tend to get angry quickly and snap at people often, then that’s the thing you need to learn to control.

“You are not a bad person just because you were at fault this once. Grow from your faults and strive to be a better person. Being a good person isn’t a destination, it’s something we pursue all the time. Sometimes, we will fail but it’s alright.” — Nesta Jojoe Erskine

The thing you find yourself apologizing for more often is the area you need to improve.

You’re not a bad person for fucking up. You’re not even a bad person if you keep screwing up the same way because you’re most likely not doing it on purpose.

However, if you see a pattern, you have a responsibility to grow and be better. You have to pinpoint exactly where you keep messing up and then find out what you can do to try and avoid that mistake next time.

If you yell too often, perhaps you need to work on your anger management. If you say too many offensive things, learn to think before you speak. If you blank out of conversations, figure out how to be present.

You’re a good person, but there’s always room for growth.

It’s not December without a Christmas movie or two. This fall and winter season, in addition to bundling up under a bunch of blankets in your living room, watch those modern classic holiday films at the Rooftop Cinema Club in Downtown, San Diego.