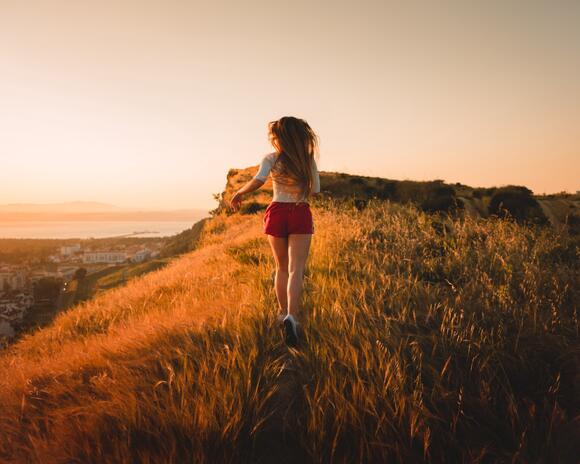 Photo by João Ferreira on Unsplash

I don’t feel like writing this article right now. I wish I could sprawl on the couch with my book and lose myself in its fictional world for an hour or two — but I won’t.

And quite frankly, I can’t. I can’t give in to this feeling of not wanting to write because that’s not the kind of person I want to be.

I told myself on September 30th that I would write two articles every day in October. (I’ve given myself five days leeway, though — just in case.)

That’s why I have to write this — because I don’t want to be the kind of person who breaks her own promises. I want to show up for myself every day because I said I would.

It’s the kind of person I want to be, so I need to show up for her.

Why do you need to aim to be better?

It’s because those people refuse to grow and open their minds. They like to stick to what they know because it makes them feel safe.

These people were thrown into one life and they accept it even if it sucks. You want to be the complete fucking opposite of this person.

When you don’t look for ways to improve, you can’t cross the lines you’ve set for yourself.

Knowing who you want to be will help you reach your goals.

By knowing who you want to be, you know what actions you need to take today so you can become the person you want to be five years from now.

What if you don’t know who you want to be?

People are always giving advice on how to become who you’ve always wanted to be. The advice they give is great, but what if you don’t know who you want to be?

You either run toward something or away from it.

It’s impossible to become a better person when you don’t know what that person looks like. It’s like trying to find someone at the airport without a description of how they look.

Sometimes it’s easier to point out the people in the room you don’t want to be like.

It’s how rock-bottom works. What gets people out of that dark hole isn’t that they want a better life, it’s that they don’t want the one they have right now.

You either run toward something or away from it. You need to figure out what you want to run away from so you can eventually have something to run toward.

How to figure out who you don’t want to be

Deep inside, you know who you want to be. You know the vision and expectations you have for yourself.

You might even be trying to reach it subconsciously with the choices you make every day.

You have to bring that vision into the light so you can consciously make decisions that will bring you one step closer to that person.

Here’s how you bring that vision to life.

You’re going to write down exactly who you don’t want to be.

After you’ve done that, flip your words.

Mine would say, “I want to be a writer who creates every single day, puts in the hard work, and never lets the overwhelm stop her. I want to be the type of person who does the things she says she’ll do, sticks to the habits she makes for herself and is consistent.”

Right away, I know exactly who I want to be, and my job is to figure out how to get there. Most of the time, it’s not difficult.

Think about it this way, I’ve read and written numerous articles about how to write every day. However, it’s simple, isn’t it?

You sit and you write every day — even if it’s only for five minutes. That’s literally it.

But we complicate things. We let excuses get to us, but really, you know exactly what you need to do.

To be clear, this isn’t a list of things you dislike about yourself and want to change.

If you’re a shy introvert, you can’t write, “I want to be an extrovert.”

You can’t change who you already are, but you can find ways to use who you are to your advantage.

Instead, a shy introvert could write, “I want to be the kind of person who dares to go up to someone and talk to them.” This way, they don’t change who they are, but they act despite the things that hold them back.

You don’t become a better version of yourself by changing who you are. You act in spite of who you are until those traits become so small they can’t stop you.

Don’t strive to be someone you’re not. Aim to be a better version of who you already are.

It’s not December without a Christmas movie or two. This fall and winter season, in addition to bundling up under a bunch of blankets in your living room, watch those modern classic holiday films at the Rooftop Cinema Club in Downtown, San Diego.