Itxy Lopez is a writer who encourages creators to take action and live their best life by writing about self-help, creativity, and writing. In her spare time, she writes short stories and reads too many books. 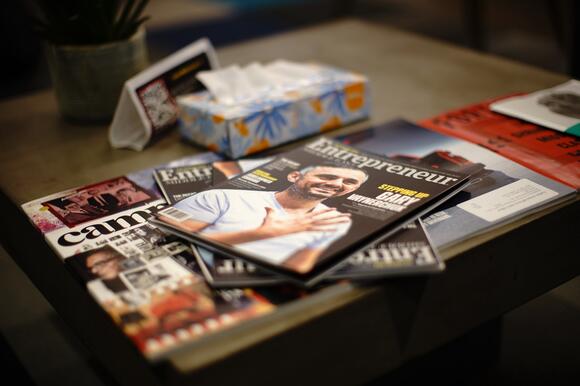 I want you to stop watching my videos and go do something. That’s what Gary Vee used to say often. He wanted his viewers, readers, and listeners to stop consuming and take action instead.

The problem is that people don’t know what that “something” is. Or if they do know what they want to do, they don’t start because they’re afraid.

I didn’t know what I wanted to do with my life exactly, which is why I watched his videos often. YouTube, Instagram, podcasts — I followed him everywhere. Like anyone else who watches Gary Vee, I felt like he held the answers to the undiscovered questions I had.

I think we can all agree that Gary Vee’s one of the coolest people on Earth. He’s energetic, motivational, humble, kind. He makes you feel okay with where you’re at in life — even if you’re at the bottom.

It’s why he has millions of followers ranging from all ages. But I have to say: It’s been a year, more than a year, since I stopped consuming his content. I genuinely never thought I would.

Why did I stop? I didn’t need it anymore.

People watch Gary Vee because he makes them feel like they’re not fucking up their life. He’s reassuring and inspirational.

When you’re lost, confused, or down in the dumps, he’s the guy to watch. But at some point, you won’t be any of those things anymore. You’re going to stop watching him, and that’s when you’ll know your life is better.

We only look toward motivational content when we need motivation. But if you’re building a life for yourself, taking action, and doing what you love, you don’t need more inspirational messages.

Your own drive and motivation push you. That’s not to say you can’t learn from Gary Vee anymore — you just don’t need him to make you feel good about your life anymore because you did exactly what he wanted you to do: You stopped listening, and took action.

And if you hadn’t realized it, that’s a win.

Everything that Gary Vee told you to do, you did it. You may have not even realized it. You started and now you’re here, persisting. You’re showing up and working hard. Maybe you’re building connections with people and dedicating real time to your dream.

Everything you dreamed about doing, you’re living. All those words you spoke aloud became realities.

Gary Vee says a lot of the same things over and over again. Sometimes he gets crap for it. So, why does he keep doing it? For the next person who needs a push.

He helped us, but now he has to help the next person in line. Until they don’t need his words anymore either.

If Gary Vee sounds repetitive to you now, it’s because you don’t need to listen to him anymore. You’re not tired of his content. You own goals and career push you to wake up now.

You can move on and listen to someone else — someone who will teach you about the specific dream you’re following.

There will be times when you fall and need a helping hand, a boost of motivation, but all in all, you’re a good place. You just haven’t acknowledged it.

You overcame everything dragging you down, defeated your fears, stopped listening to your excuses, and did exactly Gary Vee told you to do.

You did something about it. Now you just have to keep doing.

Itxy Lopez is a writer who encourages creators to take action and live their best life by writing about self-help, creativity, and writing. In her spare time, she writes short stories and reads too many books.

Everything You Know About Fear Is Wrong

When I first launched my blog, I was terrified - but I hadn't admitted it to anyone. I hadn't even confirmed it to myself in the months before launching. I could feel fear inside me like a monster hidden in the shadows waiting for the right moment to jump out and yell, "Boo!"

8 Ways to Listen to an Audiobook

I felt awkward the first time I listened to an audiobook. I just listen? I thought. I can’t even have something to look at?. I wasn’t always good at sitting still and listening. Plus, unless you have your own space or room, you look strange, and someone’s always coming up to you to ask if you’re okay.

How to Stand Out and Make Readers Remember Your Name

Do you ever feel like you’re drowning in a sea of writers? Like you’re wasting time because you’re just one of many? You want to stand out, but you don’t know how?. You’re grappling to get to the top, but then you look down and realize you’ve barely moved. How do you get readers to remember you and come back to your work the way you return to your favorite writers’ work?

‘Euphoria’ Creator Sam Levinson On How to Reach Your Creative Goals

There are writers, filmmakers, designers, artists, and creators of all types out there who yearn to make art for a living but don’t because they’re caught up in everything that might go wrong.

How to Turn Every Mistake Into Your Biggest Advantage

I’m not always the best at accepting that I’ve made a mistake. Admitting failure makes me feel like an amateur and even a bit ashamed. A couple of days ago, though, I watched the latest version of Charlie’s Angels. In it, there was a great line about “failure” that gave me the chills.